A man selects items from a community pantry on Sukhumvit 71 Road in Bangkok on Saturday. (Photo by Wichan Charoenkiatpakul)

A sign like the one posted above a shelf unit outside a Toyota Sure showroom on Mittraphap Highway in Muang district of Khon Kaen can now be seen in several locations in the country, as people help one another make ends meet after the coronavirus has crippled the economy.

The new sharing scheme follows the free meals offered by temples and other donors to people left hungry by the pandemic shutdown.

It's not clear exactly when the first community pantry appeared in Thailand. The idea has been seen in other countries, including the United Kingdom, as a way to help people who have lost their income to feed their families during this difficult period. 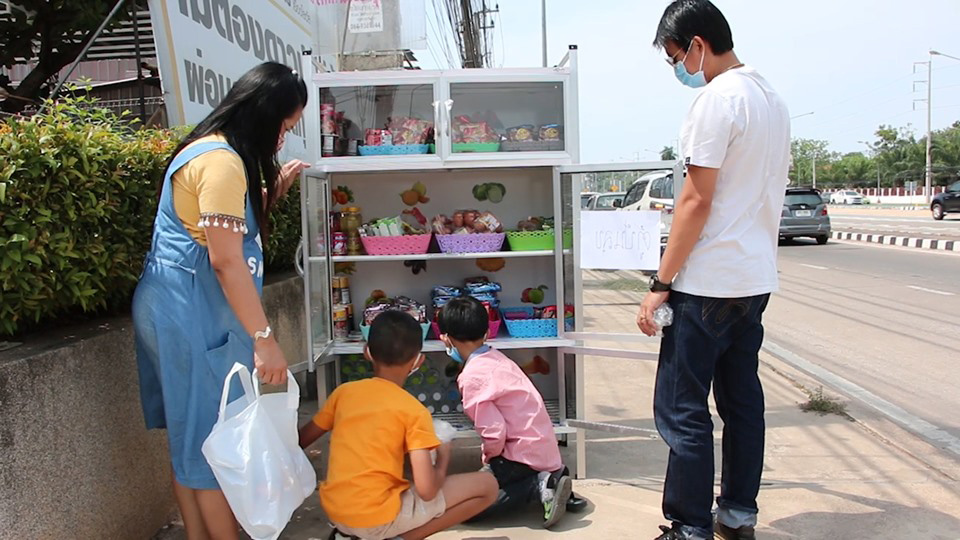 A family adds items to a community pantry in Muang district of Khon Kaen on Sunday. (Photo by Chakkrapan Natanri)

The roadside cupboard in Khon Kean was set up on Saturday by Kulwadee Theswong, who also bought items to fill it up. Ms Kulwadee said she bought it from a furniture shop in the municipality and the owner gave her a discount of 400 baht from the price tag of 2,200 baht when she told him what it was for.

“I saw community pantries in other provinces and wanted to have one here in Khon Kaen,” she said.

Ms Kulwadee received permission from the auto showroom to place it outside the premises as it would be seen by many passers-by. The showroom also posed a security guard to take care of the pantry, with manager Chokchai Khunwasee saying: “We are proud to be part of this sharing effort.”

Pantries have been placed in several locations around Bangkok, four on Saturday by a volunteer group calling itself Little Brick.

Wat Pho Nimit in Thon Buri district of Bangkok is one of the many temples offering help to people left in need by the coronavirus pandemic. (Video by Jetjaras Na Ranong)

Nakhon Ratchasima has at least one pantry in the Mittaphap community in Muang district. It was initiated by community leader Anuwat Ploedjanthuek after he saw people in the area thrown out of the jobs by Covid-19.

“Workers living in 500 houses in the community were left unemployed. They have no jobs and no money,” he said of his motivation to set up the food-sharing project. 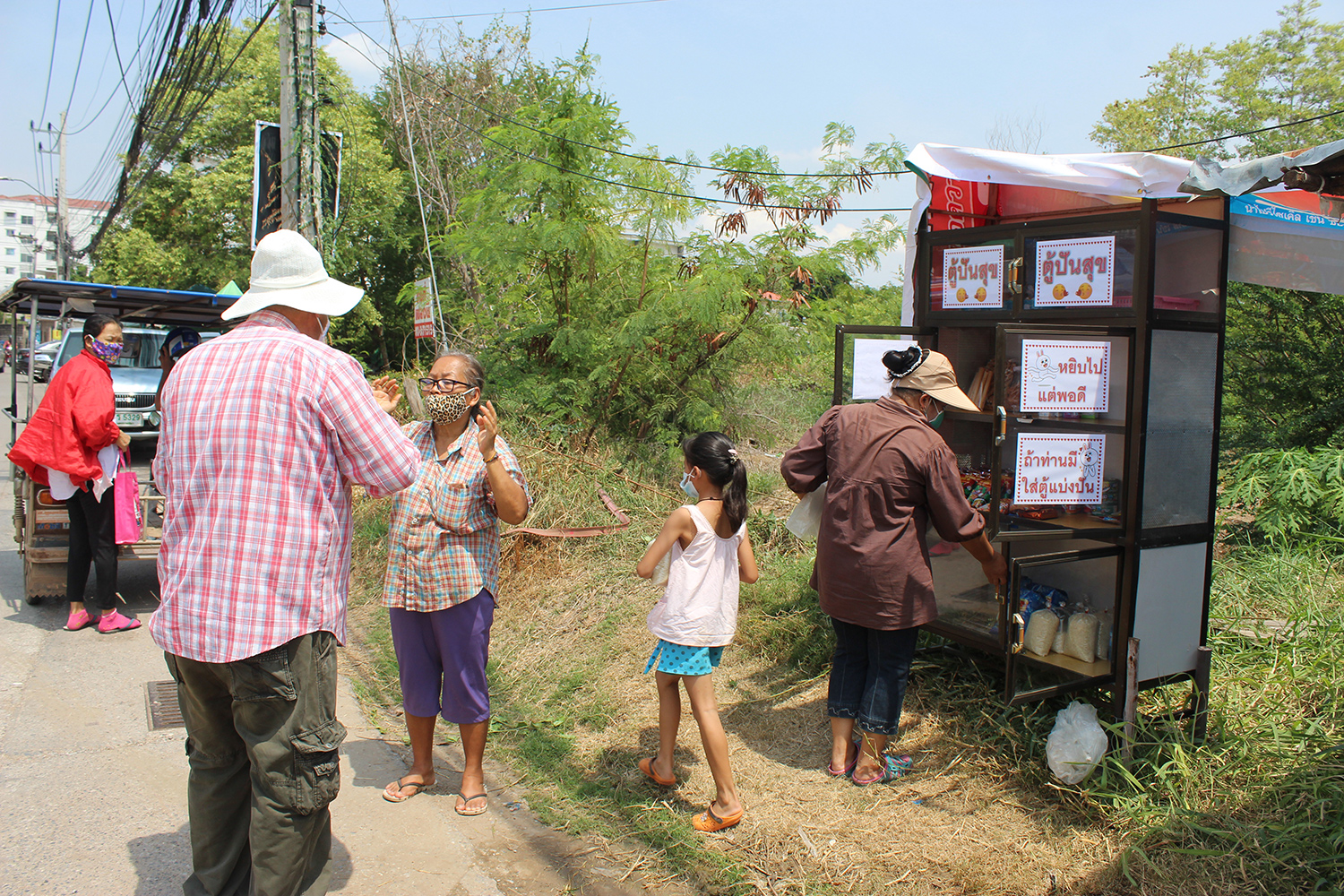 A community pantry serves the needy in the Mittapharp community in Muang district of Nakhon Ratchasima. (Photo by Prasit Tangprasert)

“It really helps me and my family get something to eat during this difficult time,” Chet Sipromma, 65, an unemployed turner said as he was taking some items from the pantry in Khon Kaen. “I wish all donors prosperity and happiness,” he added.

Wiwet Chuchorhor, 64, spent some of her retirement funds on instant noodles, bags of rice, milk and water for the pantry in Nakhon Ratchasima on Sunday. “Sharing with those suffering is a way to make merit,” she said.