The Centre for Covid-19 Situation Administration (CCSA) yesterday defended its record in testing the population for the novel coronavirus, saying hundreds of thousands of swab samples had been tested.

Netizens have been urging officials to increase the Covid-19 testing rate as they believe the number of confirmed cases may not be accurate due to the size of the country's population.

CCSA spokesman Taweesilp Visanuyothin yesterday said Thailand's testing rate per one million people was higher than that of Taiwan, Vietnam, Japan, the Philippines and Indonesia.

Dr Taweesilp said the country is testing 4,294 subjects per one million people while Italy tests 41,558 per million, followed by 29,763 in Singapore and 27,015 in the United States.

He said that since the beginning of the year until now, the Department of Medical Sciences reported testing 286,008 swab samples, 3,017 of which turned out to be Covid-19 positive.

The infection rate was therefore estimated to be at 1.05%, Dr Taweesilp said.

No deaths were reported, leaving the accumulated total at 56.

Dr Taweesilp said one of the new infections was that of a 19-year-old Thai woman in Bangkok who was in contact with three previously detected patients -- her elder sister, brother-in-law and niece -- who lived in the same household.

The woman fell sick with a fever and diarrhoea on May 5 and then tested positive for Covid-19, he added.

Dr Taweesilp said the second patient was a 51-year-old Thai woman from Narathiwat.

She had taken care of a six-year-old boy who was previously infected, he said, adding she displayed only mild symptoms and the disease was detected by a pre-emptive test.

"Many civil servants work faster and achieve better work results when working from home," he said.

"The work-from-home policy had been pushed for years before the Covid-19 outbreak but had never been implemented for some reason," Mr Wissanu said. 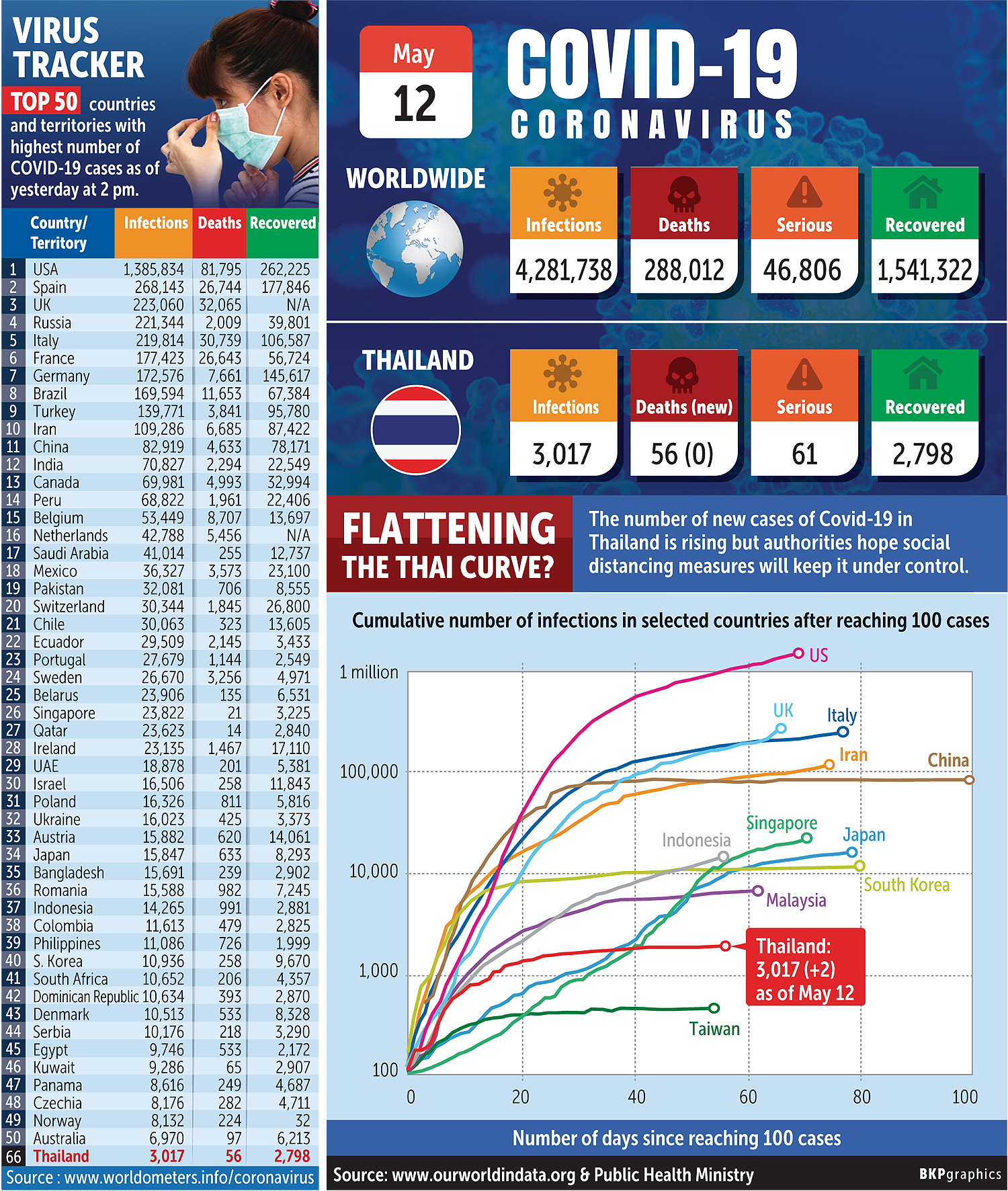