Emergency depends on rate of infection

The government will on Friday discuss a proposal to shorten the 10pm-4am curfew by one hour to help boost the economy while a proposal to extend the state of emergency for another month will depend on whether Covid-19 curb relaxations are successful, according to a highly placed source.

The 11pm-4am curfew proposal was formally discussed at Wednesday's meeting of an ad hoc committee on easing Covid-19 restrictions, which was chaired by Gen Somsak Roongsita, secretary-general of the National Security Council (NSC), said the source.

The proposal is expected to be forwarded to the main committee of the Centre for Covid-19 Situation Administration (CCSA), led by Prime Minister Prayut Chan-o-cha, for endorsement, said the same source.

Among the proposals will be permission for teams of at most 10 TV and film crew to go out gathering news, up from the previous rule which stated that a maximum of five people per team were allowed, said the source.

As for a tentative proposal to extend the emergency decree by another month from the end of this month, the same source said it will be finalised only 14 days after the implementation of the second phase of easing of Covid-19 restrictions expected to begin on Sunday. 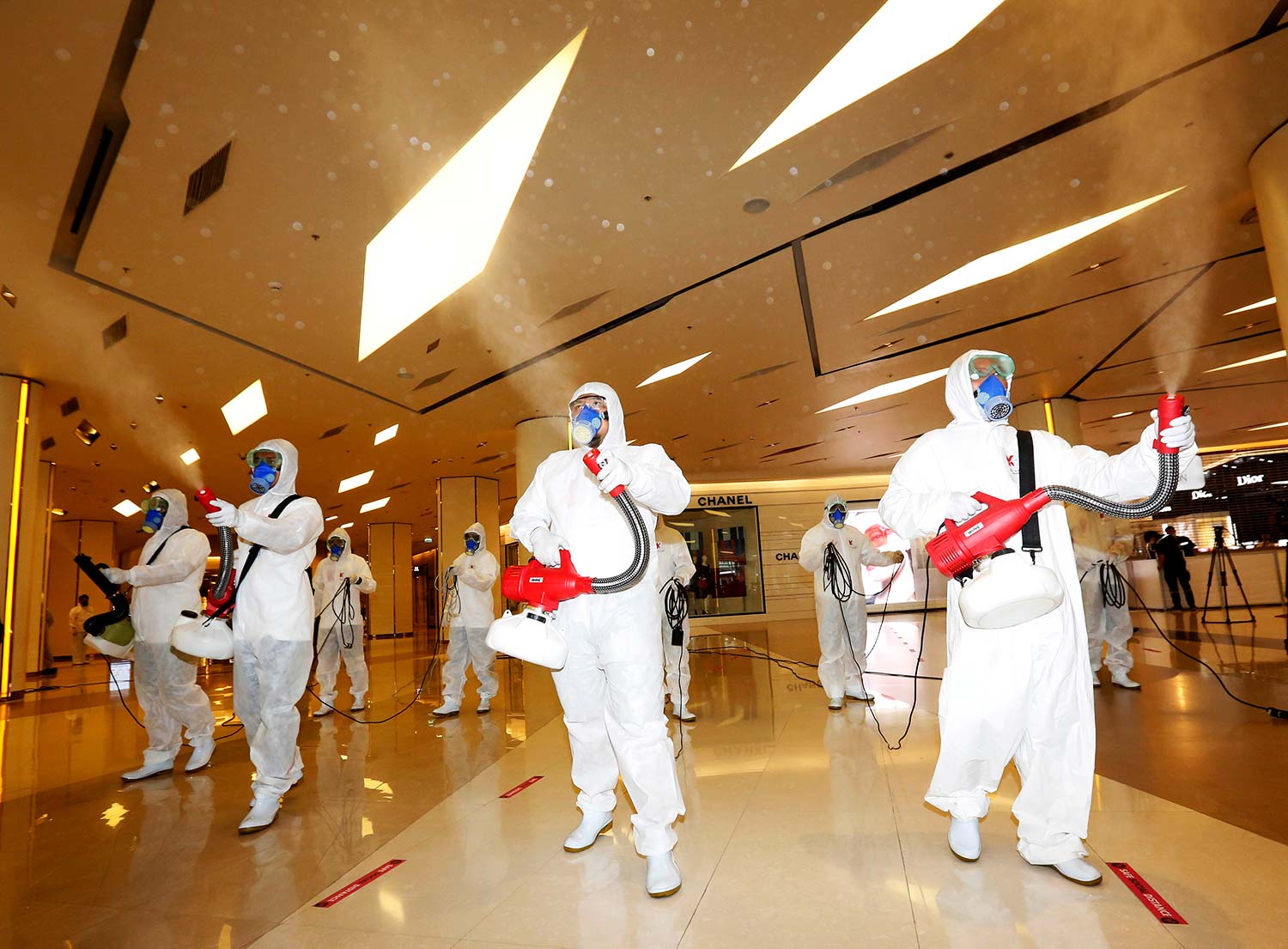 Who you gonna call? Germbusters!: Workers in full protective outfits spray disinfectant throughout the interior of Siam Paragon shopping complex in the capital, which is gearing up to reopen as soon as the government gives the green light. (Photo by Pattarapong Chatpattarasill)

Deputy Prime Minister Wissanu Krea-ngam said many proposals including those for the upcoming second phase of Covid-19 restrictions easing have poured in but that clarity would be provided only after today's meeting.

PM's Office Minister, Tewan Liptapallop, said several measures were required to facilitate the second phase of easing of Covid-19 restrictions expected to be approved by the CCSA committee today.

The 11pm-4am curfew is expected to be one of them, he said.

Meanwhile, CCSA spokesman Taweesilp Visanuyothin said that only one new case of Covid-19 was recorded in Thailand on Thursday, bringing the total number of infections to 3,018.

The latest case involves a 39-year-old man who had previously worked in Phuket and returned to his hometown in Chiang Mai on May 2 along with his wife and children, according to Dr Taweesilp.

The man didn't show any symptoms but tested positive in a screening by a local health volunteer in the man's hometown, said the doctor.

"Because this infected patient didn't develop any signs of Covid-19 infection, the health volunteer deserves to be credited for good work in detecting this new [asymptomatic] case," he said. 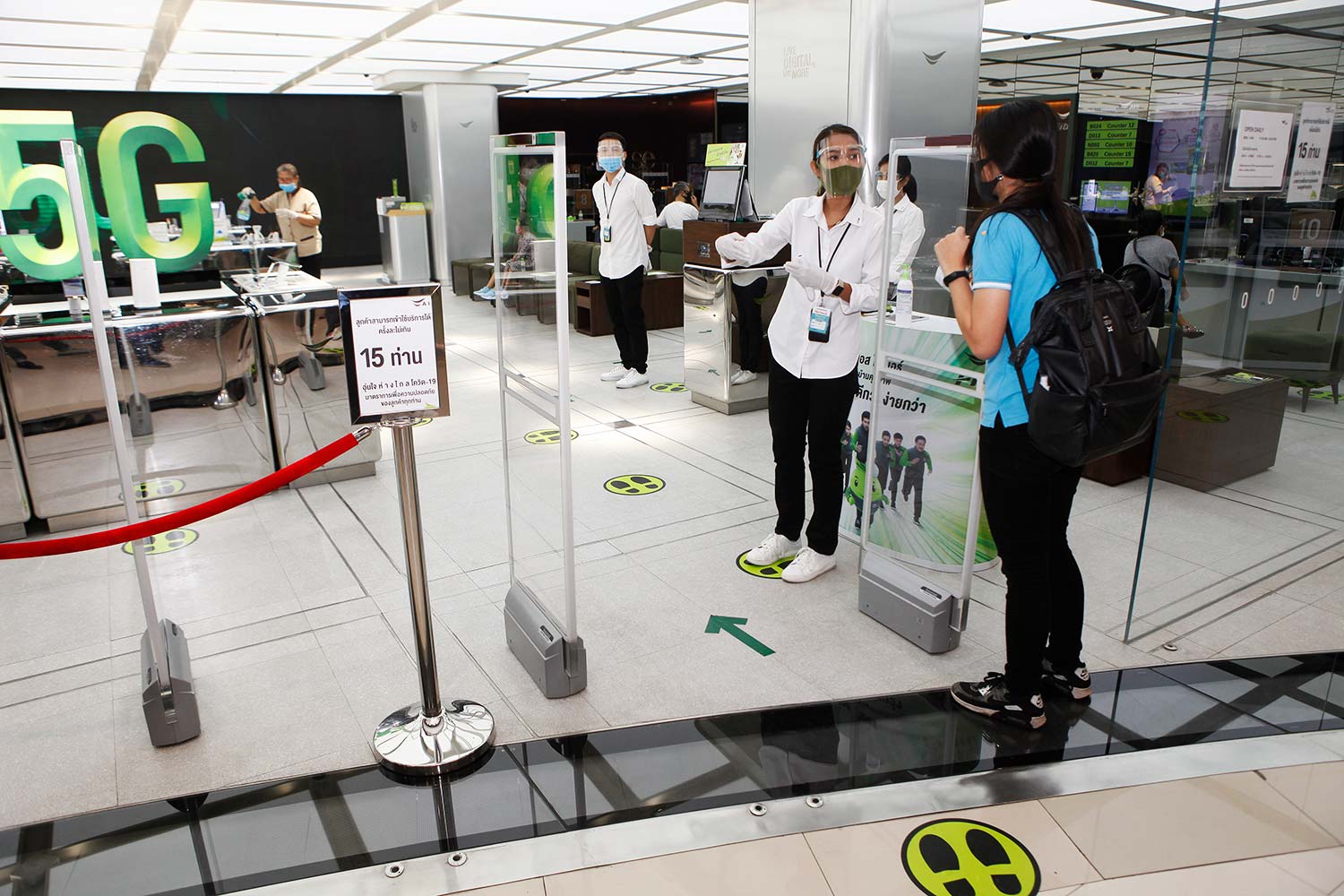 The new normal Staff at a mobile phone shop inside CentralWorld practise new methods of providing services, including limiting the number of customers in the store to between 10 and 15 at any given time to maintain social distancing. (Photo by Nutthawat Wicheanbut)

Thailand is now learning from other countries about what measures to implement to prevent a second wave of Covid-19 infections. Moreover, how effective each measure is in countering any pending new wave is also being considered, Dr Taweesilp added.

In another development, the Civil Aviation Authority of Thailand on Thursday approved a request to reopen Phuket airport from Saturday, said director Chula Sukmanop.

An announcement was also issued regarding changes in rules and take-off and landing times to allow Phuket airport to reopen, he said.

Pilot Officer Thani Cuangchu, director of Phuket airport, said the airport is ready for reopening with all necessary measures in place including strict Covid-19 screening and social distancing.