Many struggle to cope with no income

Health volunteers take part in an activity to raise awareness about Covid-19 among migrant labourers in Muang district in Samut Sakhon last month. The province has the largest migrant worker population in Thailand. (Photo: Varuth Hirunyatheb)

Migrant workers in the kingdom have been hit hard by the economic impact of Covid-19.

The pandemic has affected the lives of millions around the world. The global death toll is over 348,000 and more than 5.6 million people have been infected.

Those not directly affected by the coronavirus are self-quarantining and it has impacted the global economy. As a result of businesses closing due to the outbreak, millions of people could lose their jobs.

Here in Thailand, the government has recorded 3,045 confirmed cases with 57 deaths. Yet, many more are affected by Covid-19's economic damage.

According to the Ministry of Labour, there are three million migrant labourers working in the kingdom with most hailing from Myanmar, Laos and Cambodia. They do not qualify for relief packages from the Thai government.

In Pattani province, Vi, 40, told the Bangkok Post she worked at a sardine factory before Covid-19 affected her livelihood.

The woman, who hails from Cambodia, said her husband, daughter and two sisters, are also in the kingdom and have lost their jobs.

She said she has not received any financial relief and the family is unable to return home due to border closures.

Vi said she lived a life full of hope with her husband and two sisters here in the kingdom before Covid-19 became a global problem. 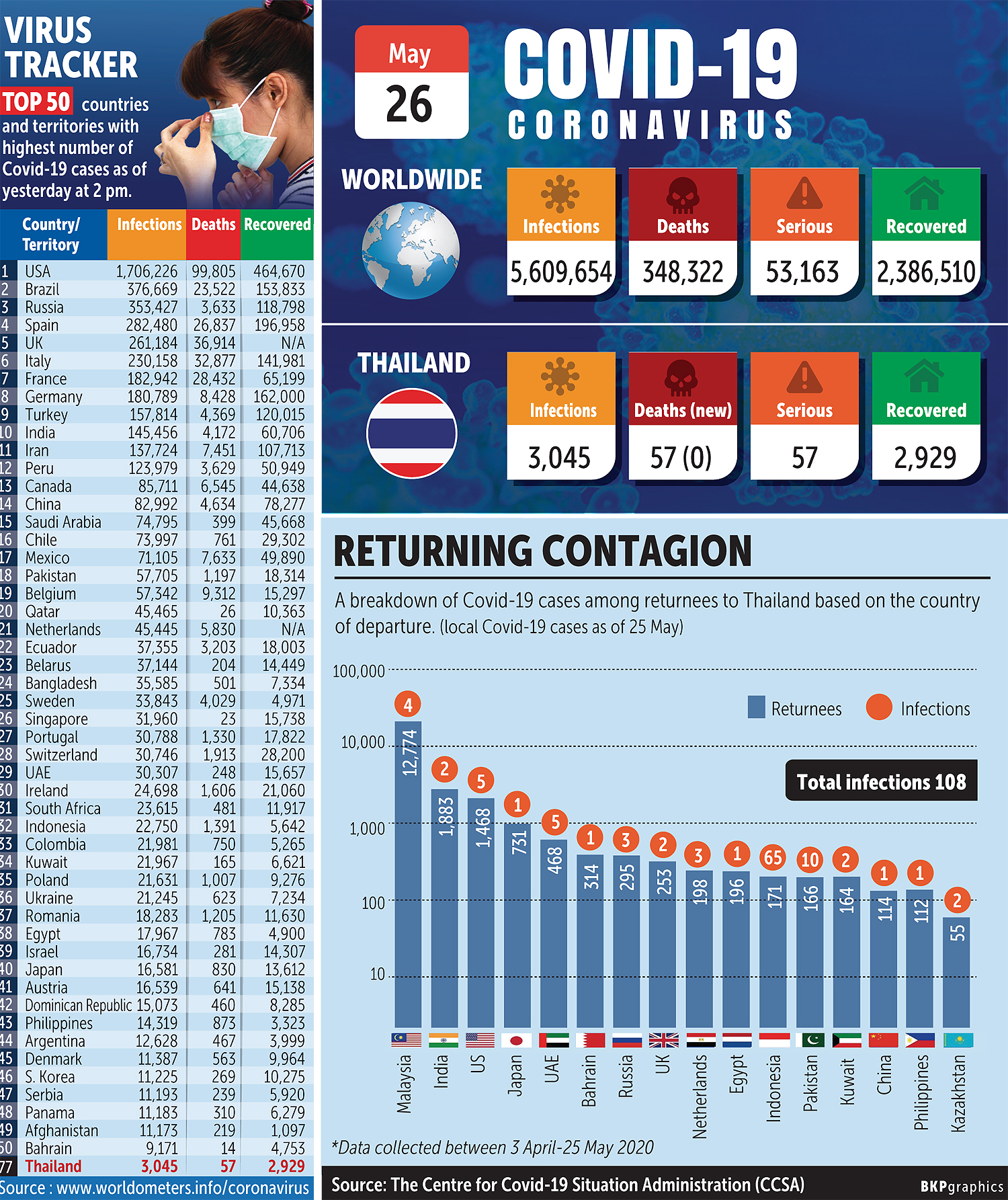 She and her husband worked in the sardine facility in Pattani for four years.

The couple was able to earn 12,000 baht in combined income per month before the outbreak. It was enough to live on and send whatever was left back home.

They said that before the outbreak, 2,000 baht was sent to Cambodia every month and the rest went on living costs in Thailand.

Now their situation is different.

"My daughter can still breastfeed her baby," Vi said. "Otherwise, our situation could have been harder."

Vi said she and her husband had resigned because she had to take care of her grandchild, but when they tried to return, they were rejected by the employer.

"During Covid-19, it has been hard to find a job," Vi said. "Business owners are not hiring workers."

She said her family now depends on picking and selling her neighbours' tamarind fruit.

She said now she's able to make 400 baht per day, enough to pay for meals but not for rent, noting she is two months behind.

She said any income the family gets goes towards basic needs.

"They cannot go home because of the travel ban and border closures, and no relief policy was prepared to help them," he said.

"They can't travel to other provinces either to find other jobs," Mr Adisorn added. "They end up without incomes and starve."

He said the government should find a way to extend help to migrant workers. It should include financial help, provisions and the distribution of information in their native language.

Mr Adisorn said the government should also allow them to return to their home countries.