The Songkhla governor on Wednesday ordered the closure of the Padang Besar border checkpoint in Sadao district after the government reported six of nine new coronavirus patients had returned home via this checkpoint.

Governor Charuwat Kliengklao signed the order, saying the checkpoint will be closed from today for sterilisation.

The order did not say how long the checkpoint will remain closed. However, it said Thais south of the border who want to return home can enter via the Sadao border checkpoint in the district from Sunday instead.

Malaysia will reopen this checkpoint to allow Thais to return home on Sunday. The embassy said Thais who have registered to return home from today until Saturday via Padang Besar do not need to re-register.

It said returnees can use the same travel documents to return home via the Sadao border checkpoint from Sunday.

The kingdom recorded nine new cases of Covid-19 on Wednesday, raising the total to 3,054. The death toll remained at 57. 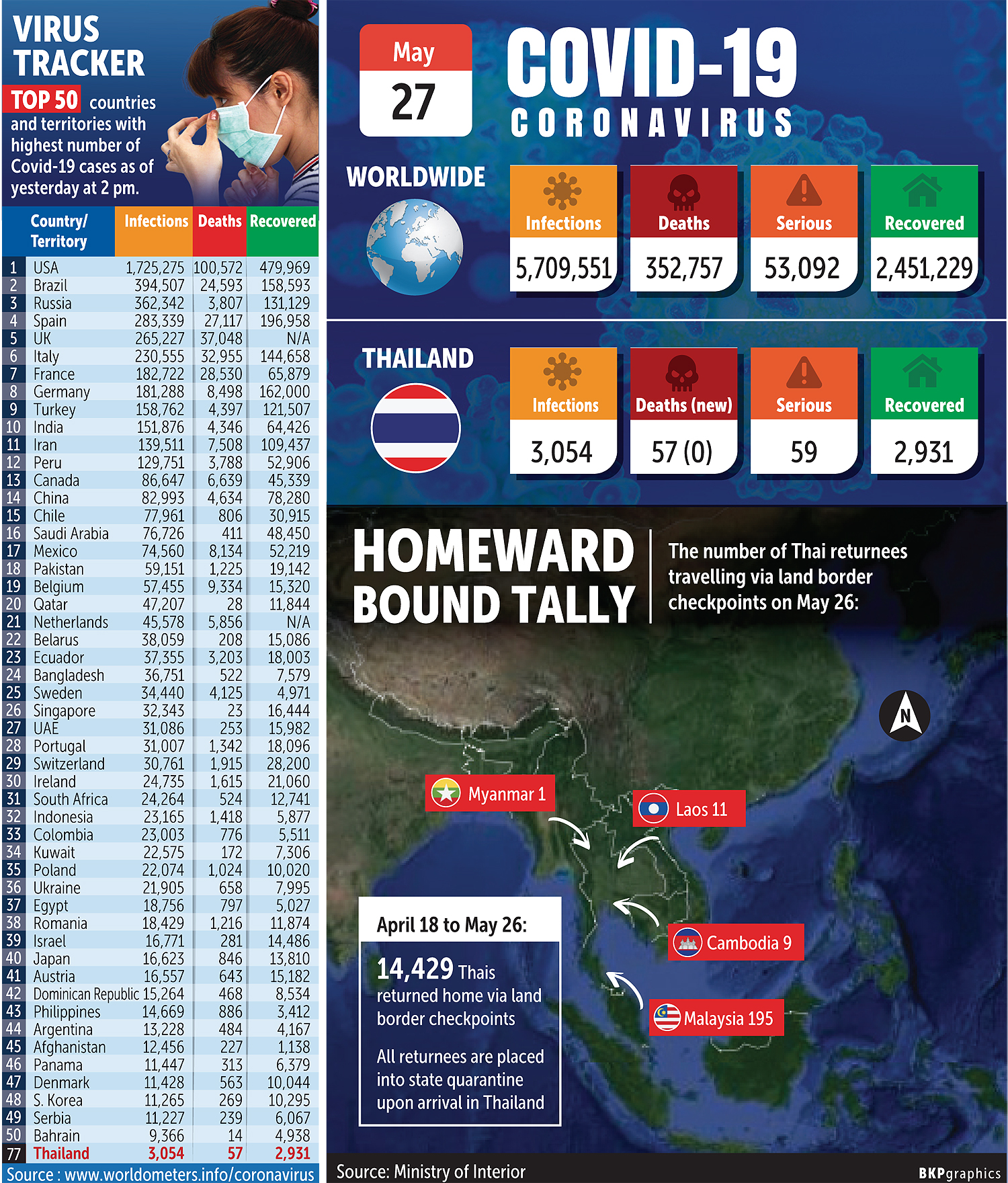 Three were quarantined in Songkhla and the other three in their home provinces of Yala, Pattani and Narathiwat.

They tested positive for the virus on Monday.

Four of them had a fever and cough. The others had no symptoms.

Their return through Padang Besar prompted the temporary closure of the border checkpoint for disinfection, Dr Taweesilp said.

Two other new patients were Thai men aged 18 and 27 who returned from the United States on May 12.

They were quarantined in Chon Buri province. They showed no symptoms but tested positive on Tuesday.

"These two cases had been quarantined since May 12 and been asymptomatic. They were found with the infection only on their final confirmation test on the day they were to be released from state quarantine," Dr Taweesilp said.

"This prompts us to think that 14-day quarantines may not be long enough for some people. However, we have not extended the quarantine period from 14 days yet."

The ninth new patient was a Thai masseur, 34, who returned from Qatar last Friday and was quarantined in Samut Prakan.

He tested positive for the disease on Monday.

"This is another case of an infected masseur. Service providers engaging in any kind of physical contact must be aware that they are at risk," Dr Taweesilp said.