Health safety and the poor are priority

Prime Minister Prayut Chan-o-cha leads a government team on a visit to Bangkok Post Plc at its head office on Wednesday where they discussed how to improve national development and move the country forward. The team met Suthikiati Chirathivat, chairman of the board of directors, directors and the editorial team. (Photos by Wichan Charoenkiatpakul)

The prime minister said his government was moving ahead with a package to employ 400,000 people.

He also vowed to expedite efforts to address the economic woes caused by the pandemic by picking the most skilled people should he decide a cabinet reshuffle was the best way to proceed.

Gen Prayut on Wednesday led his team on a visit to the Bangkok Post, which he chose as the first stop on his tour of 10 publishing companies to listen to their opinions on how to move the country forward amid the Covid-19 crisis.

His latest moves follow his announcement on June 17 of a nation-building programme called "Thais Together Build Thailand", describing his plan to invite all sectors of the country to map out the future as a "New Normal".

The prime minister raised two issues for the media in asking them to give their opinions. The issues were: What should Thai people and the country prioritise in the current situation? and What factors can drive Thailand to move forward?

He agreed with the Post's executives and editorial teams that maintaining public health continued to be the priority. Although Thailand has gone 44 days without any local infections, the pandemic still continues unabated overseas.

Prime Minister Prayut Chan-o-cha, second left, leads a government team on a visit to the Bangkok Post Plc at its head office yesterday where they discussed how to improve national development and move the country forward. The team met Suthikiati Chirathivat, chairman of the board of directors, directors, and the editorial team.

Strict enforcement of health precautions was required if foreigners were to be allowed to enter the country, so the current policy would continue to focus on those who want to come to Thailand for medical treatment, he added.

The government will also come up with additional measures to help people affected by the economic impact of the pandemic.

Gen Prayut expressed concern about the economic impact on poor and low-income people, especially when they pile up debts or lose their jobs. Strict legal measures will be taken against loan sharks that abuse loans to those people, he said.

He had also met associations of business people and discussed ways to minimise lay-offs, at the same time as his government has launched a package that creates 400,000 jobs for Thais.

On the political scene, Gen Prayut said a cabinet reshuffle was not easy to implement because, bearing in mind the need to adhere to democratic principles, the new generation of skilled people were reluctant to enter politics and cope with all the problems it entails.

"I will find the best people and we have to give them the chance to work. Unless it goes well, we will have one [a reshuffle]," he said. "The big problem is nobody wants to come as they are afraid of politics."

Speaking at Government House earlier in the day, Gen Prayut said that the 400-billion-baht spending plan for economic rehabilitation would be undertaken in two phases.

He said the cabinet had on Wednesday approved a budget allocation of 100 billion baht for the first phase, aimed at strengthening the farming sector and creating more jobs.

The second phase is worth 300 billion baht and details will be made available later, he said.

The government will also roll out measures to help small and medium-sized entrepreneurs (SMEs) access funding, with the collaboration of the Bank of Thailand and the Thai Bankers Association.

"It is important to create jobs because some businesses cannot operate and export their goods due to a decline in demand overseas," he said.

The first is a One Tambon One New Theory Cluster project worth 9.8 billion baht, which focuses on increasing farmers' income and employment.

Another, worth 4.7 billion baht, aims to increase farmers' income and employment. 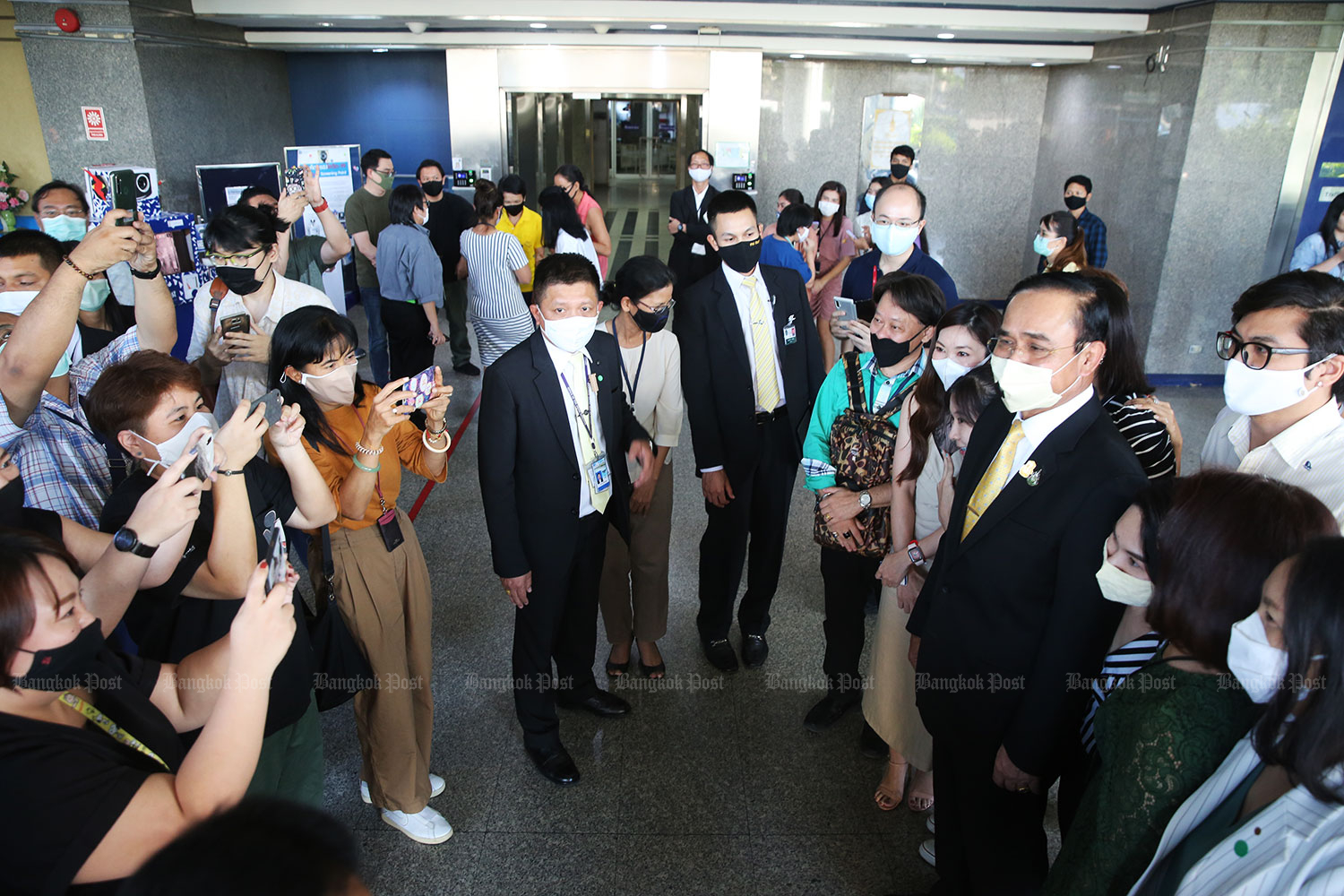 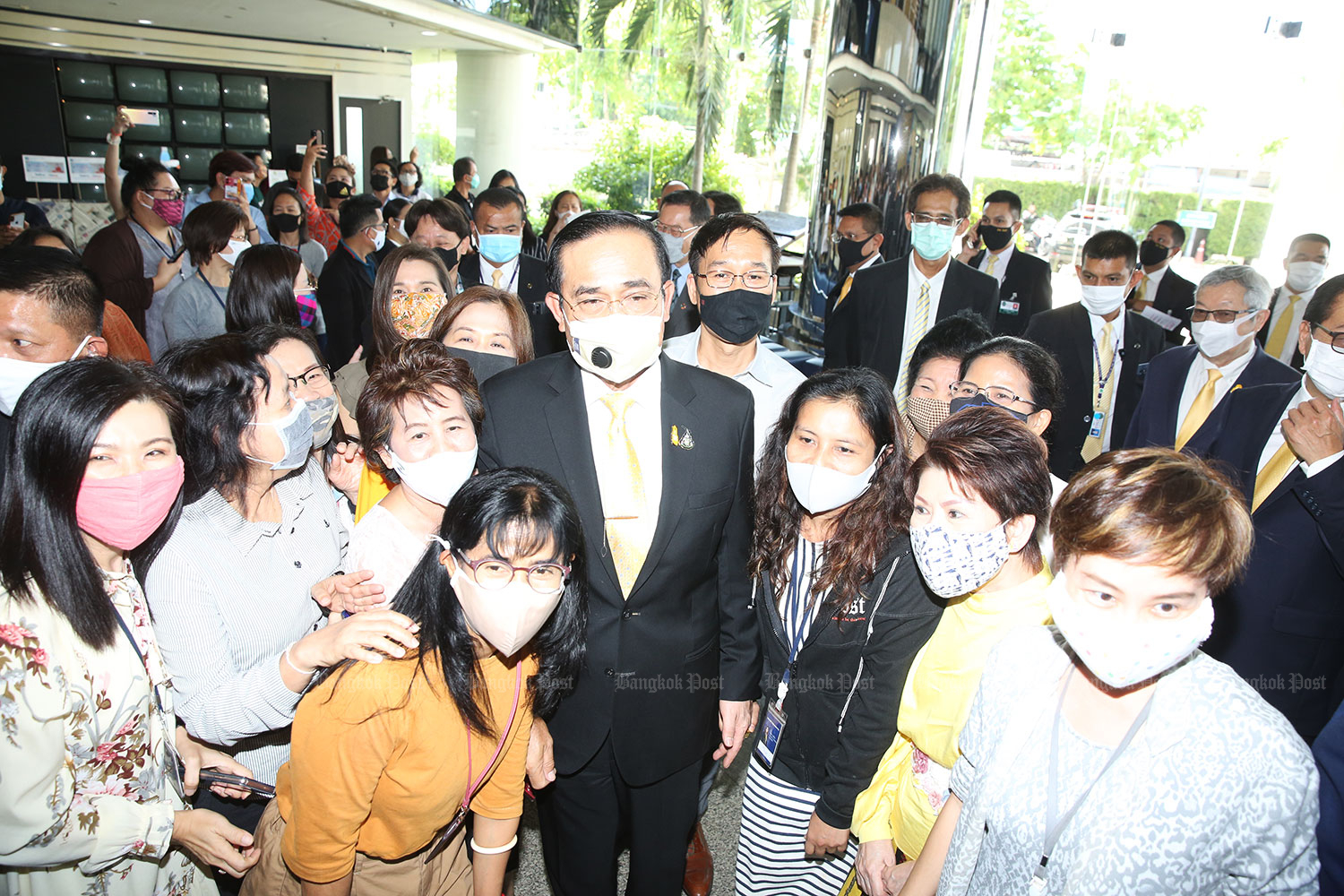