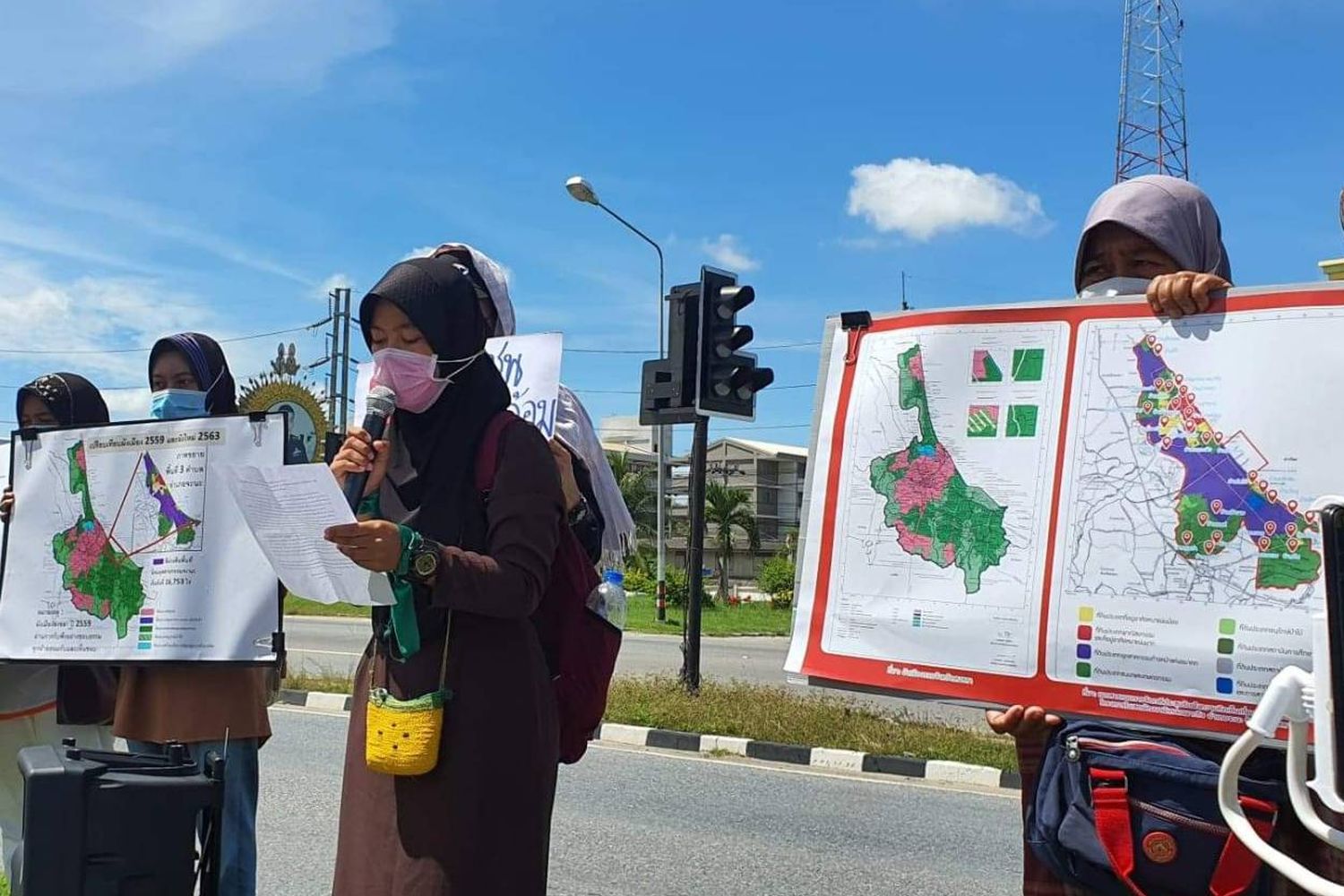 On May 12, Kaireeyah Ramanya, a young Chana resident, wrote a letter to “Grandpa Prayut” asking him to cancel the hearing that had been scheduled to start on May 14. She slept at Songkhla City Hall in protest while waiting for an answer from Prime Minister Prayut Chan-o-cha. She gave him until May 20 to reply.