Military personnel who are among 151 members of the Royal Thai Army Combat Team go through a health check at Suvarnabhumi airport on their return from a training session in Hawaii on Wednesday. The personnel, 10 of whom were shown to have fever, are being quarantined in a hotel in Pattaya. (Photo by Wichan Charoenkiatpakul)

The Centre for Covid-19 Situation Administration (CCSA) on Wednesday approved the extension of the emergency decree for another month until Aug 31. The current ban on public gatherings will, however, be lifted as soon as the extension takes effect.

CCSA spokesman Taweesilp Visanuyothin said the extension was necessary because although the coronavirus was still spreading worldwide Thailand was allowing in foreign visitors and easing lockdowns on business and activities that posed a high risk of disease transmission.

"There must be strict and continuous supervision to prevent a local spread. The executive decree on public administration in emergency situations enables the prevention and solution to the problem," he said.

The emergency decree allows the government to restrict arrivals, follow up suspected cases of Covid-19 and impose disease control measures on all business and activities, Dr Taweesilp said.

He added: "The decree enables the mobilisation of civil servants, police and soldiers for efficient operations. It will be an important tool to prepare for a transition to the new normal until other laws can be put in place."

National Security Council (NSC) secretary-general Gen Somsak Roongsita, who proposed the extension, said global Covid-19 cases were rising by more than 200,000 a day and were occurring in countries near Thailand. 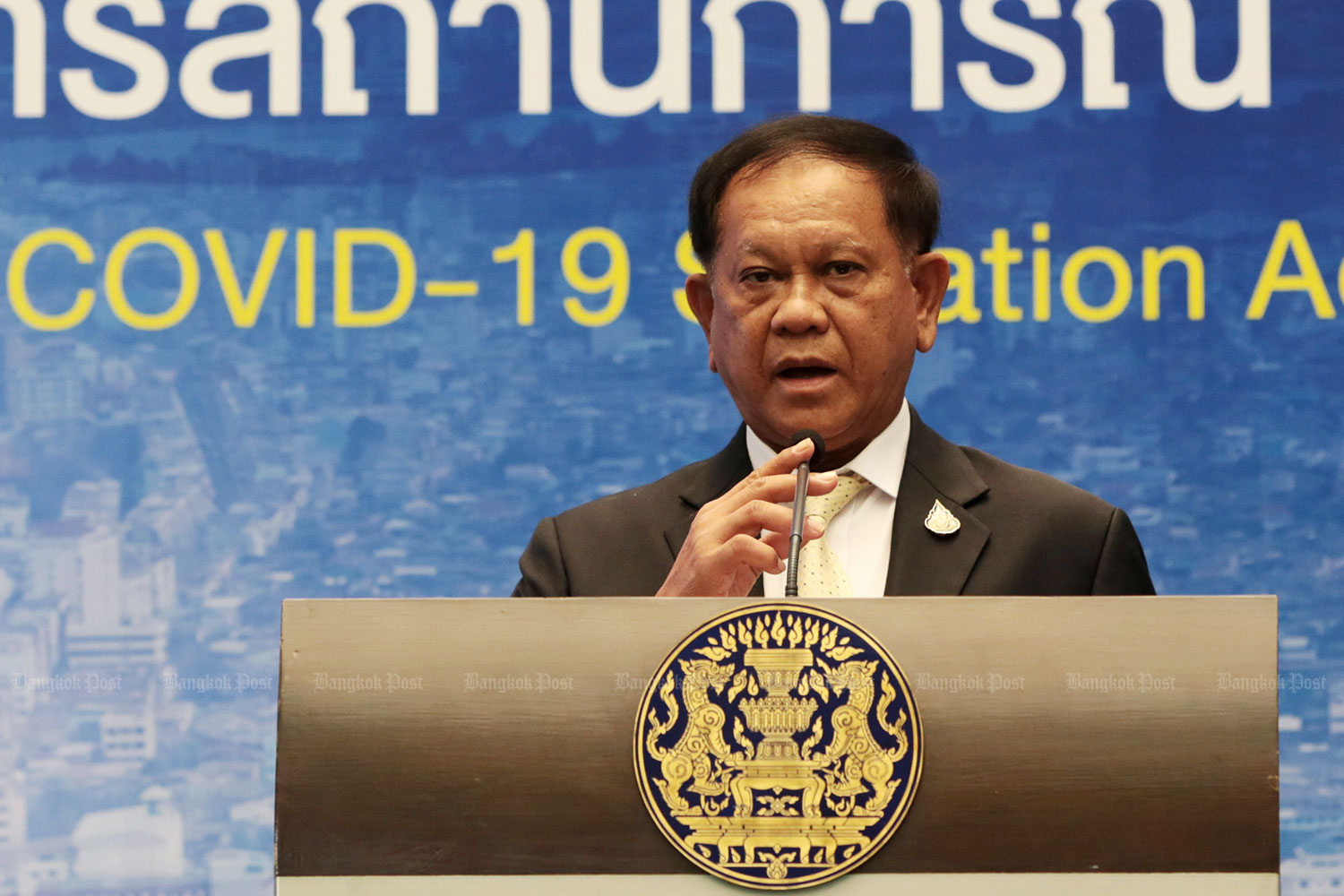 The disease control law would be amended to provide an efficient response to Covid-19, he said, but meanwhile, the emergency decree should be exercised because it was the government's best tool for imposing a quarantine on infected people.

"We have already lifted the curfew," Gen Somsak said. "What we will do next is to not enforce Section 9 of the decree, which bans gatherings. That will prove our intentions over disease control."

The proposed extension and the lifting of the ban would go before the cabinet for endorsement next week, he said.

Deputy Prime Minister Wissanu Krea-ngam backed the extension, saying the emergency decree was still needed to integrate the work of various state authorities, while the Communicable Disease Control Act was exercised by doctors.

They lacked the power to give instructions to other agencies under the act.

Dr Taweesilp said the Centre approved their arrival in principle but various ministries would work out the precise details before allowing their visits to resume.

He said business people, specialists and diplomats approved by the Foreign Ministry would be taken to state quarantine facilities on arrival.

The Labour Ministry would oversee the arrival of unskilled workers from Cambodia, Laos and Myanmar to meet the demand for labour.

This included 69,235 workers who already had work permits and visas and wanted to return to work in Thailand.

Local employers planned to bring in another 42,168 workers who do not already have work permits or visas.

They would be employed in the construction and food production sectors, he said.

The companies demanding these workers would have to arrange for "organisational quarantine" at their own premises, where each room could accommodate more than one worker to save them money.

Such quarantine facilities must, however, meet disease control standards and be able to prevent migrant workers from getting out during quarantine.

Conventional state quarantine, in which a room is only used by one person, would cost nearly 20,000 baht per person and that was not wanted by the companies, Dr Taweesilp said.

The CCSA also resolved to allow in foreign exhibitors, whose number wanting entry to Thailand was growing.

More than 6,000 foreign exhibitors have registered for entry to attend trade fairs from September to December and Dr Taweesilp said they would be taken to "alternative state quarantine" hotels.

Both their trips and their venues for business negotiations would be subject to disease control measures in the interests of public safety, he said.

Addressing the 7,255 members of the Thailand Elite Card scheme who live in other countries, he said the Tourism and Sports Ministry planned to first welcome about 200 members back into the country as controls on visitors to the country were eased.

Dr Taweesilp said the influx of people would stimulate the economy.

Indonesia's government called on police Monday to identify and punish those responsible for a stadium stampede that left 125 people dead, as anger mounted over one of the deadliest disasters in the history of football.