All local and international arrest warrants were revoked for Red Bull scion Vorayuth Yoovidhya after prosecutors dropped the last charge in his fatal hit-and-run case, police spokesmen said on Friday.

Therefore, police revoked local warrants for the arrest of Mr Vorayuth and told Interpol to lift its red notice,  he said.

"The revocation of warrants is a normal procedure in the case," Pol Col Kissana said.

He refused to elaborate on the reasons for the prosecutors' decision, saying it was the responsibility of the attorney-general's office and police would not interfere.

"Whether police oppose the prosecutors' decision or not depends on the witnesses and evidence, not on social demand. The officers who poorly handled the case in 2012 have already faced disciplinary action," Pol Col Kissana said.

Even the commissioner of the Royal Thai Police could not intervene in the work of police interrogators assigned to handle cases.

"Prosecution is dependent on witnesses and evidence," he said.

Pol Col Kissana said that before their decision, prosecutors had demanded additional interrogation from police, and police had met the demand.

He said that Mr Vorayuth could now return to Thailand without any problem. (continues below). 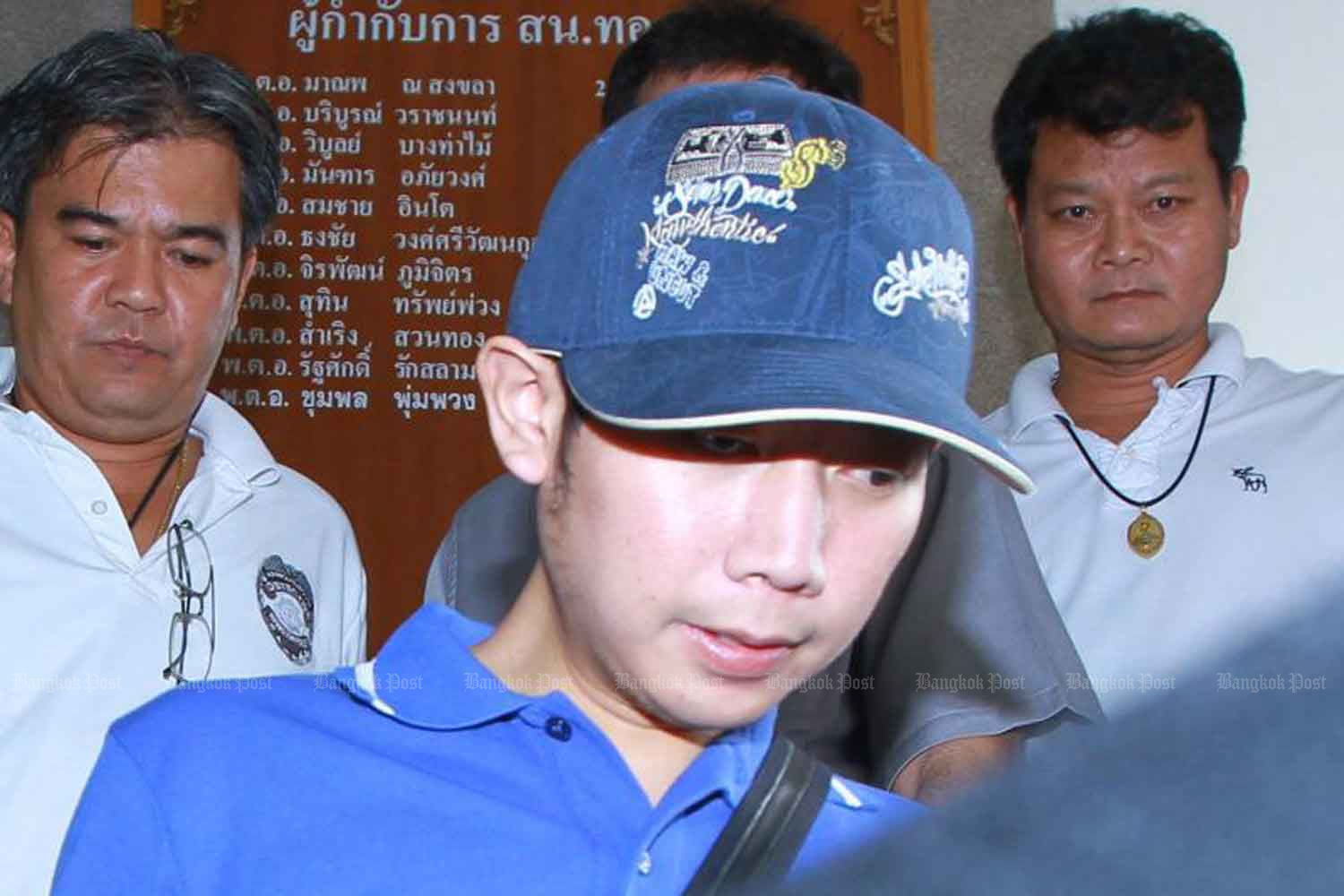 Red Bull heir Vorayuth Yoovidhya when he was arrested in Bangkok in 2012. (Photo Somchai Poomlard)

Police spokesman Pol Lt Gen Piya Uthayo said relatives of the dead victim could file their own complaint if they had new witnesses or evidence.

"Actually, the damaged party is the police, who lost a man, but we have to respect existing witnesses and evidence," he said.

Mr Vorayuth, now 35, was accused of driving his black Ferrari when it hit the rear of a policeman's motorcycle at high speed, dragging his body along Sukhumvit Road before speeding away in the early morning of Sept 3, 2012. The victim was Pol Snr Sgt Maj Wichian Klanprasert, 47, who was based at Thong Lor police station. Mr Vorayuth was then 27 years old.

The third and most serious charge, reckless driving causing death, would have remained on the books until 2027, but has now been dropped.

Mr Vorayuth whose nickname is Boss, is the son of Chalerm Yoovidhya, whose family co-owns the energy drink megabrand Red Bull and ranks second on Thailand's richest list with net worth estimated at US$20 billion (about 617 billion baht).

Jailbreakers arrested in Isan after 1,270km escape from South

Prison security being stepped up in face of rising political unrest