Vorayuth "Boss" Yoovidhya is escorted to the Thong Lor police station for interrogation, hours after a crash that killed a police officer on Sept 3, 2012. (Photo by Kosol Nakachol)

The decision to drop the last charge against Vorayuth Yoovidhya, reckless driving causing death, was based a new speed report and evidence of two new witnesses, the deputy attorney-general in charge of the case said on Thursday.

Deputy attorney-general Nate Naksuk was testifying before the House Committee on Law, Justice and Human Rights.

He said his decision to drop the reckless driving charge the against Mr Vorayuth, better known by nickname Boss, was based on the evidence in the police case, including a new estimate of the speed of the Ferrari driven by the Red Bull heir.

The first investigation by police put the speed of the car at 177 kilometres per hour, but it was later altered to 79km/h, with police claiming there was a mistake in the first speed calculation.

Two additional witnesses, Jaruchart Maadthong and AM Jakkrit Thanomkulabutr, told police that Mr Vorayuth drove slower than 80km/h judging from the speed of their vehicles at the crash site on Sukhumvit Road on Sept 3, 2012. They also claimed they saw Pol Snr Sgt Maj Wichian Klanprasert quickly changing the lane to cut in front of the sport car when the officer on duty was riding a motorcycle.

Mr Nate said with the speed slower than 80km/h, the fatal crash was deemed inevitable and that formed the basis of his decision not to indict the suspect.

The deputy attorney-general appeared in public for the first time at the committee meeting after Mr Vorayuth was acquitted of all charges in June after the last charge was dropped. The public did not know the decision until it was exposed by CNN a month later. (continues below) 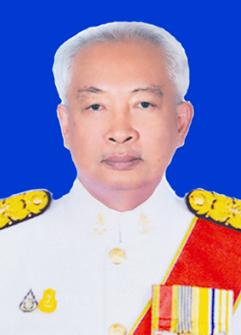 He confirmed on Thursday he tendered his resignation on Tuesday to ease pressure on him and protect the Office of the Attorney-General from public criticism. The resignation has not been approved by his office.

Mr Nate will be summoned to give his account to the independent inquiry committee set up by Prime Minister Prayut Chan-o-cha and headed by Vicha Mahakun to look into the case.

The committee chairman said the resignation of Mr Nate will not change the plan to call him to give the information on the handling of the issue. "The committee has been authorised by the prime minister to summon anybody [to give information]," the former chief of the National Anti-Corruption Commission said.

Another committee was formed by national police chief Pol Gen Chakthip Chaijinda to look into the police investigations and decision by his assistant, Pol Lt Gen Permpoon Chidchob, who did not oppose the decision of prosecutors to drop the charges against Mr Vorayuth.

Pol Gen Satawas Hirunburana, who leads the police panel, said on Thursday the probe found no dereliction of duty conducted by Pol Lt Gen Permpoon as police were allowed to make the consider only on whether the decision of the prosecutors was against any law and regulations.

Jaruchart, one of the two new witnesses who shaped the outcome of the case, died in a two-motorcycle crash in Muang district of Chiang Mai on July 30. His body was seized for another autopsy and in-depth investigation to end doubt about a foul play.

Pol Lt Gen Prachuap Wongsuk, commander of the Provincial Police Region 5, said on Thursday the death of the key witness was concluded as an accident as doctors did not find any toxic substances in the body and the CCTV footage along the route where Jaruchart was driving his motorcycle did not show any suspicious moves.

Eight more Covid-19 cases, including a two-year-old, were reported on Friday, bringing the total to 3,727 cases.

Cambodia breaks up protest over alleged China military base

PHNOM PENH: Cambodian security guards broke up a small protest on Friday near the Chinese embassy opposing alleged plans to boost Beijing's military presence in the country, as police detained some demonstrators for questioning.