People in yellow gather at Lumpini Park in support of monarchy

People in yellow converge on Lumpini Park evening to show their support for the royal institution. (Photo: Apichit Jinakul)

Yellow-clad people gathered at Lumpini Park in Bangkok on Tuesday afternoon to show their support for the royal institution.

Some carried photos of His Majesty the King, of King Rama IX and the royal family, and national flags to show their determination to protect the monarchy and the nation.

Many kept shouting “We love the King. Long Live the King’’. They demanded that anti-government protesters stop making allegedly offensive remarks about the royal institution.

Taya Teepsuwan, who was a core member of the former People's Democratic Reform Committee and is the wife of Education Minister Nataphol Teepsuwan, on Sunday wrote on her Facebook page asking people to wear yellow shirts and meet at the front of the park at 5pm on Tuesday in a symbolic act of support for the monarchy.

Earlier on Tuesday, pro-monarchy activists showed up in front of the United States embassy in Bangkok carryng signs asking Washington to stop its "hybrid war" in Thailand.

The group, led by singer Haruethai Muangboonsri, carried several signs written in English accusing the US of hybrid warfare and interfering in Thailand's internal affairs.

The pro-monarchy rally was called off peacefully at around 18.30.

Dr Tul Sittisomwong said he would later announce the date of gatherings at the French embassy, the Japanese embassy and Thai Summit Building to oust those who are allegedly subverting the monarchy. 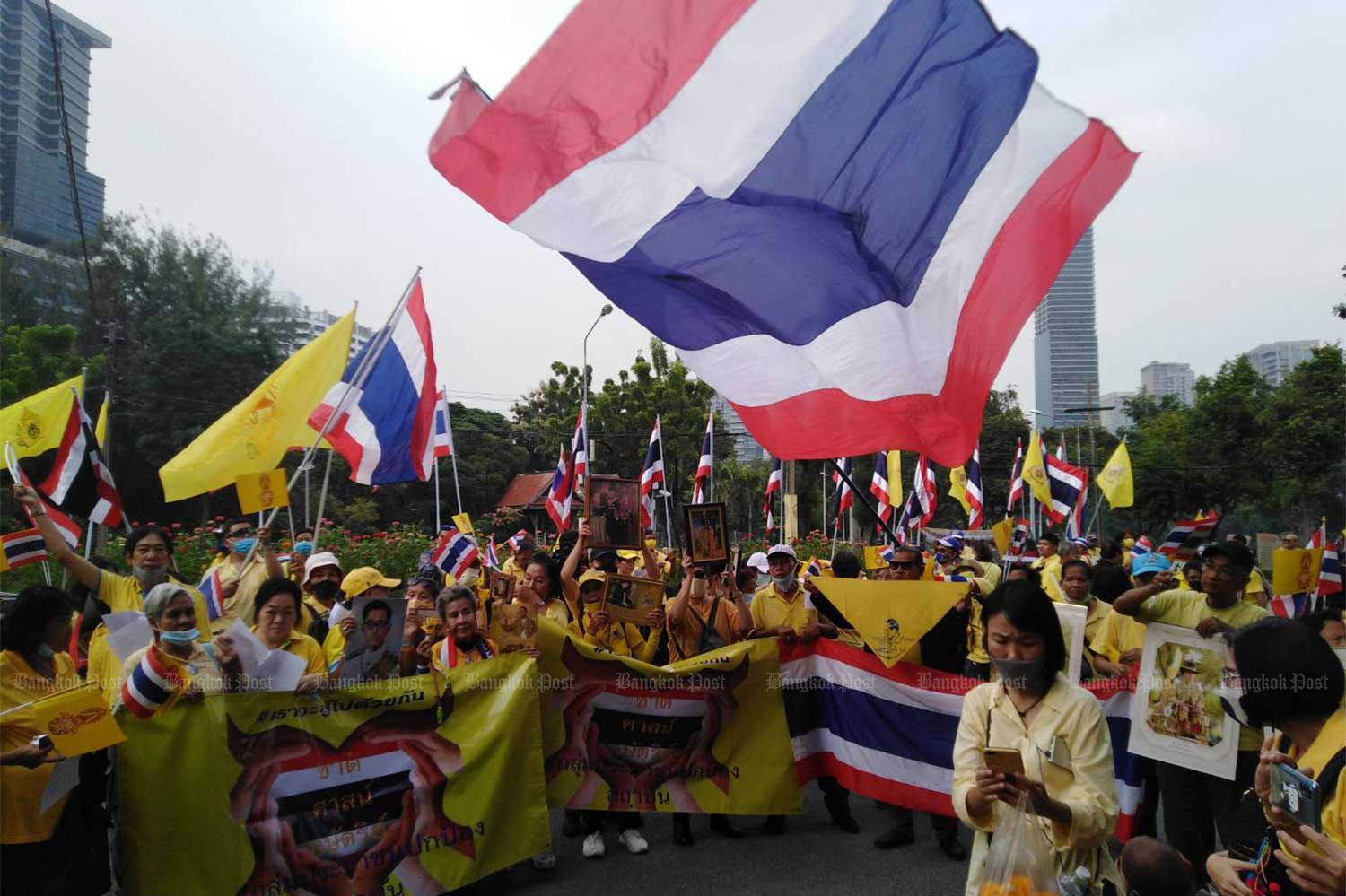 The central bank on Wednesday warned companies about accepting digital assets as payment for goods and services, as more companies rolled out partnerships to accept major cryptocurrencies as payment.