The show can go on for the Big Mountain Music Festival's final day, Public Health Minister Anutin Charnvirakul said on Sunday, after the two-day event was ordered to close down by the Nakhon Ratchasima governor over coronavirus fears.

The second day of the concert in Pak Chong district of Nakhon Ratchasima was believed cancelled after governor Wichien Chantharanothai, who chairs the provincial communicable disease committee, ordered the event to stop.

The order issued on Sunday said health authorities observing the event on Saturday night had found the venue was overcrowded with many concert-goers failing to wear face masks at all times. "The concert organisers did not strictly follow the measures to prevent and control Covid-19," the order said.

Fears spiked after reports on Saturday that a woman who travelled to the festival from Chiang Mai had developed a fever. But Opas Karnkawinpong, director-general of the Department of Disease Control (DDC), said the woman tested negative for the novel coronavirus.

Hours after the governor announced the event was over, the public health minister posted a Facebook message overuling the order. Mr Anutin said Big Mountain will continue on Sunday but warned the organisers to strictly enforce social distancing rules.

"There will be more shows today," Mr Anutin stressed in his message.

Dr Opas posted a supportive message on the DDC's Facebook page, saying "activities" can be held because no new outbreak of the virus had occurred in the country. 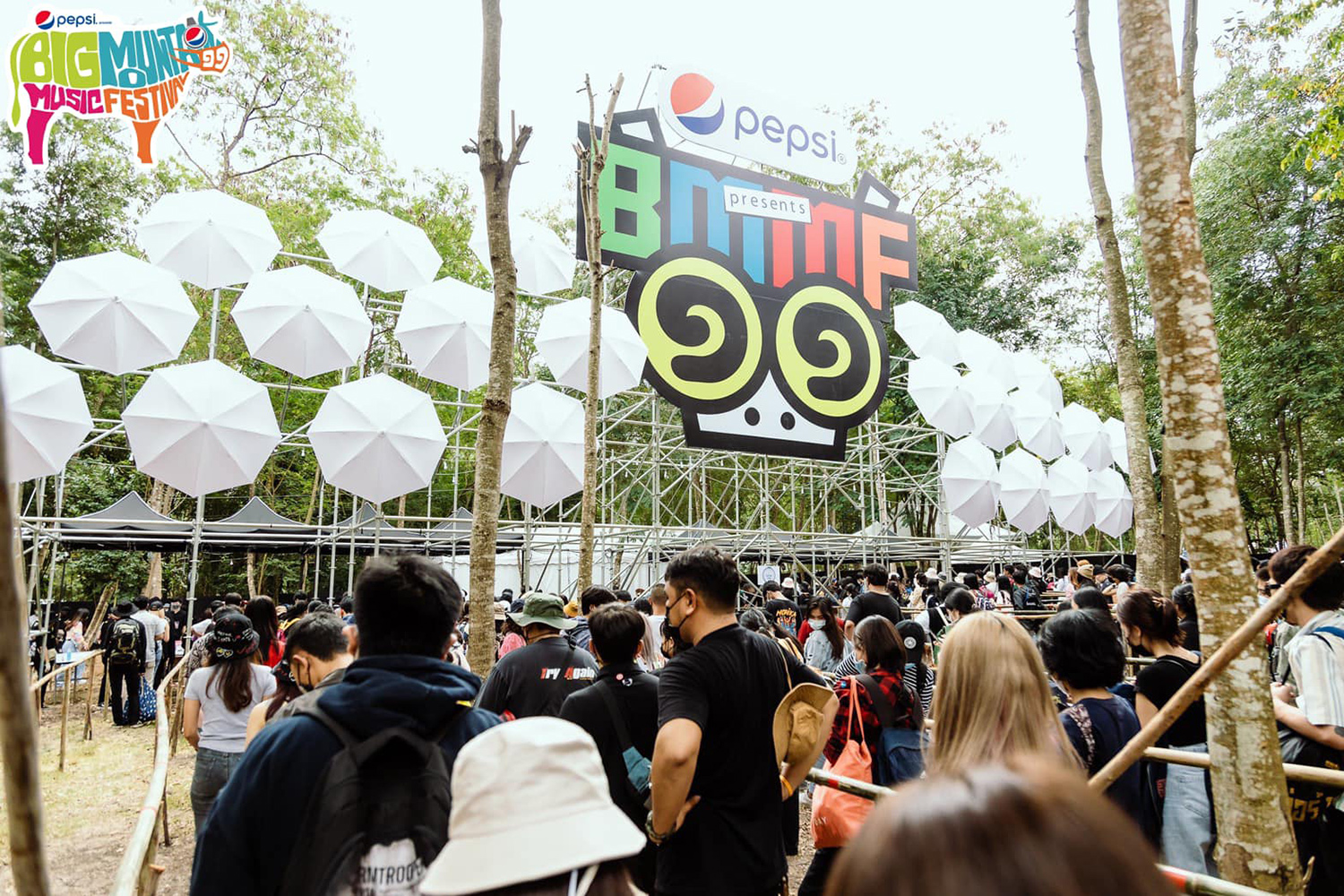 The sold-out Big Mountain event at the Ocean Khao Yai Golf Club started on Saturday and drew 30,000 spectators. In recent years, the festival has become one of the biggest and most popular music festivals in the country. Performances are scheduled from 3pm Sunday to 2am Monday.

On Saturday, festival-goers took to social media to complain that social distancing measures were being ignored at the overcrowded venue, with far less than one metre between each person.

The organisers have not responded on their own social media outlets, leaving fans guessing whether the show would continue into its final day.

The organisers' only message on Sunday was an apology for problems on the first day on Saturday. "Thank you for wearing masks to look after yourselves," they wrote.

Shortly before 3pm, sound checks on stage were ongoing, according to Twitter messages.