Hail the warriors in white gowns

Widely praised as heroes for boosting the country's recovery rate from Covid-19, Thai health workers battling at the frontlines are the Post's person of the year

Village health volunteers take the body temperature of a resident during a door-to-door visit in Prachuap Khiri Khan in April. Nopphanat Subhakul

In every crisis, there is a hero. And for the annus horibilis 2020, no one deserves the "Person of The Year" title more than the "Warriors in White Gowns" -- a term which the public use to praise medical workers and over a million health volunteers on the frontlines of looking after the ill.

These health workers have been a buttress in the war against Covid-19. The war started in Thailand on Jan 4 -- the day when the Department of Diseases Control opened its Emergency Operation Center (EOC).

The early days of the battle were married with problems -- a shortage of surgical masks amid collective fear and panic among people. Health workers managed to work calmly and stoically, risking their health on the frontlines.

Their sacrifice and grace under fire became a major source of hope and trust that somehow the country could survive the pandemic. People listened to the Public Health Ministry's advice.

On March 29, people across the country paid tribute to the warriors in white gowns by giving them a big round of applause for five minutes, expressing appreciation for their hard work.

According to the Global Covid-19 Index (GCI) released in July, Thailand is among nations with the highest Covid-19 recovery rate.

The performance of our healthcare workers did not only win the hearts of ordinary Thais.

In November, Tedros Adhanom Ghebreyesus, director of the World Health Organization (WHO), praised Thailand as "an excellent example" of fighting the coronavirus.

In a tweet on Nov 14, the WHO director wrote: "Thailand is an excellent example of how #COVID19 can be contained with a comprehensive approach -- even without a vaccine. Bravo."

It was no accident, according to WHO's director. The country's impressive performance was the outcome of the country's consistent investment in public health over the past few decades. The investment paid off when it counted the most.

The decentralised public health care system enables medical workers, nurses and volunteers to reach every community. The best example is perhaps Mae Sot Hospital. In November, the district faced a partial lockdown as doctors managed to trace over 10,000 at-risk people and contain the disease from spreading.

But the secret weapon was village health volunteers. The Ministry of Public Health, served as coordinator and messenger between community villagers and state health officials. During Covid-19, these volunteers helped the ministry monitor Covid-19 in communities and educated people on how to protect themselves from the disease.

In May, the ministry launched a nationwide campaign, sending over one million village health workers to knock on 13 million houses, to educate locals about Covid-19 and monitor the disease at household level.

The ministry since May has contracted local manufacturers to supply masks and other items items to make sure health workers would not be affected by a shortage of protective equipment.

It has also ordered Favipiravir, one of the drugs used to treat Covid-19 patients.

In mid-year, the ministry order vaccines developed by the team from the University of Oxford and the pharmaceutical firm, AstraZeneca. It also secured a contract to produce the vaccine formula locally in Phathum Thani, for sale to Asean nations.

But the warriors in white gowns did not only fight the disease. While health workers work at the frontlines, doctors at the ministry are trying to win the war on information.

The CCSA recruited professionals to work as volunteers -- professors in mass media and communications, and corporate PR executives to help the doctors with scripts and presentation.

Another noteworthy move was the decision to choose Taweesilp Visanuyothin as spokesman.

A psychologist at the Department of Mental Health, he knows how to deal with public fear and frustration and how to inspire trust among the public. Now, the CCSA is regarded as an authoritative and reliable source of information on Covid-19.

Apparently, the warriors in white gowns have won the war on information. The war against Covid-19 is far from over. After several months in which infection rates were low, the health workers returned to the battlefield this month as infections spiked.

The number of cases now exceeds 6,000 cases in total, with a total of 60 fatalities and only three seriously ill patients on a respirator.

It is hard to know when Thailand will win the war against Covid-19. But with the warriors in night gowns at work, Thais know they are in good hands. 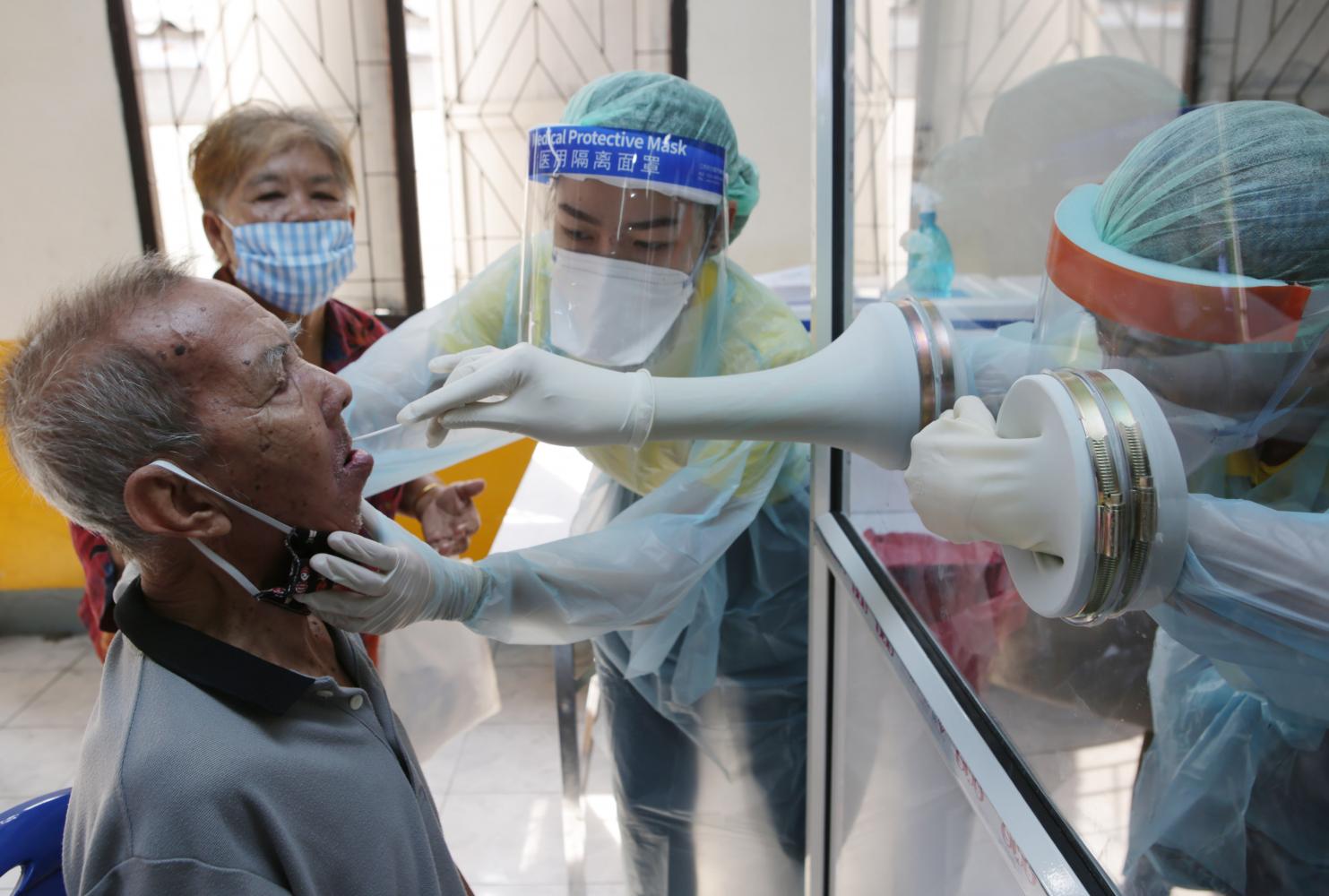