A total of 65 people, including customers and staff, await processing at the Lumpini police station after a raid on the Taj Café pub and Indian restaurant early Saturday. (Supplied photo via Wassayos Ngamkham)

Immigration police and officers from the Lumpini police station raided the Taj Café on Sukhumvit Soi 3 in Watthana district at 1.10am on Saturday following a complaint that it was open in violation of a Bangkok Metropolitan Administration order enacted to contain Covid-19. The complaint said that baraku smoking took place on the premises and that illegal migrants were working there.

The officers found 65 people inside the pub, which is located in a four-storey commercial building. It also operated as an Indian restaurant.

Police said those caught included 12 foreign nationals who had entered the country illegally and another foreigner who had overstayed his visa. They were also charged with violating the emergency decree in effect to contain the spread of the coronavirus.

Fifty-two others, including 42 Thais and 10 foreign nationals, were charged with illegal assembly in violation of the decree. 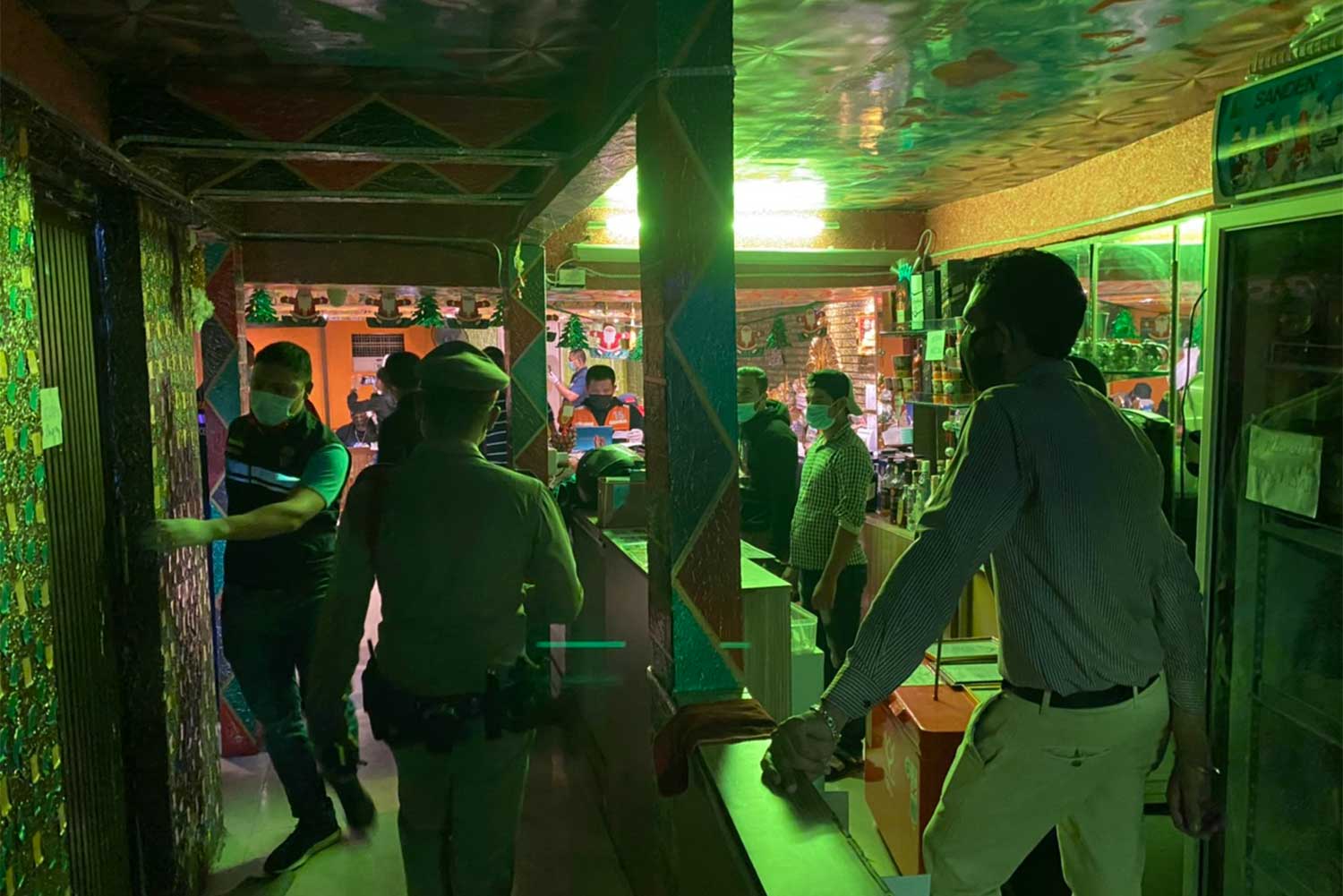 Immigration officers and Lumpini police raid the Taj Cafe on Sukhumvit Soi 3 in the early hours of Saturday. (Supplied photo via Wassayos Ngamkham)

All were taken to the Lumpini station for further legal action.

Earlier, City Hall announced the closure of 25 types of businesses, including entertainment venues, effective on Jan 2, to contain the spread of re-emerging Covid-19.