Vaccines 'to arrive this month' as planned
Thailand
General

Vaccines 'to arrive this month' as planned

The Ministry of Public Health on Wednesday expressed its confidence that two Covid-19 vaccines from the UK and China would arrive later this month as scheduled, despite warning signs to the contrary, especially the EU's order to suspend AstraZeneca's vaccine shipments outside its territory.

The ministry has hastened its original plan to receive the vaccine by the middle of the month following a massive virus outbreak among migrant workers in Samut Sakhon province last December, which has led to more than 10,000 infections in that one province alone.

It ordered 200,000 additional doses from AstraZeneca, of which the first 50,000 are expected to arrive later this month. The first jabs are expected to go to medical staff and people in at-risk groups in the provinces and other high-risk places, including Bangkok.

Kiattiphum Wongrajit, the ministry's permanent secretary, said the National Vaccine Institute was working to get the first shipments this month, adding it had placed an order before the EU's announcement to suspend vaccine shipments was made. 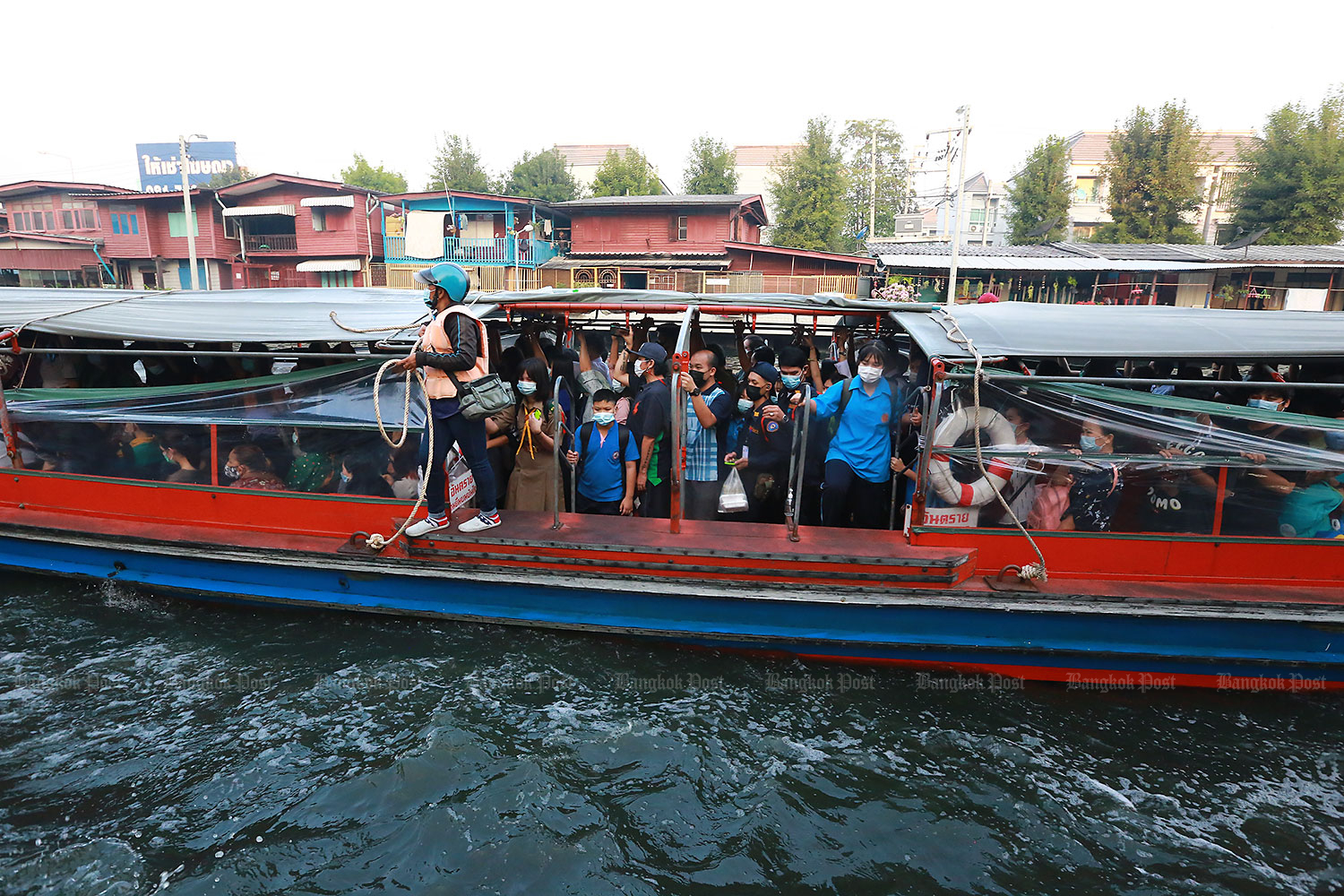 So much for distancing: Commuters are seen here in a crowded shuttle boat at the Wat Thepleela pier in Klong Saen Saep during the morning rush hour. Commuters have been asked to practise social distancing although it is not always possible particularly during rush hours. (Photo by Somchai Poomlard)

"The EU said clearly the suspension has not covered any order made before the announcement. We are abiding by that announcement but we still have the chance to get a vaccine shipment this month," he said, although he could not give an exact date for its arrival.

He also insisted the country would also get the vaccine made by the Chinese private-owned company Sinovac later this month, even though it had not yet received safety approval from the Chinese Food and Drug Administration.

Dr Kiattiphum said there was no need to wait for such approval from China because the Thai FDA had full authority to approve it for emergency use. However, safety was still paramount.

Thailand's FDA is considering approving Sinovac's vaccine for emergency use after the company submitted scientific papers related to its safety, quality and efficacy. The FDA is still waiting for some additional documents.

However, Indonesia and Brazil have already used the Sinovac vaccine due to their participation in massive human trials conducted by the company.

The ministry has placed an order for two million doses from Sinovac and they are still expected to arrive from February to April, as per the original plan.