The British/Swedish pharmaceutical company AstraZeneca will ship 150,000 doses of Covid-19 vaccines to Thailand from a manufacturing plant based in Asia, rather than from Italy, in a bid to ensure no delivery delays, the government said on Thursday.

The announcement was relayed by Public Health Minister, Anutin Charnvirakul, who said AstraZeneca sent a letter on Wednesday explaining the steps it will take to avoid disruptions to vaccine deliveries to Thailand, following the European Union's decision to temporarily suspend vaccine exports from the bloc.

That said, the minister stopped short of confirming the exact date when the vaccines are due to arrive in the country.

The letter, Mr Anutin said, also urged the government to approve the licences and permits required to import the vaccines, as they will now come from Asia rather than Europe.

This is important as AstraZeneca was only approved by the Thai Food and Drugs Administration (FDA) to import Covid-19 vaccines from its manufacturing facilities in Europe. 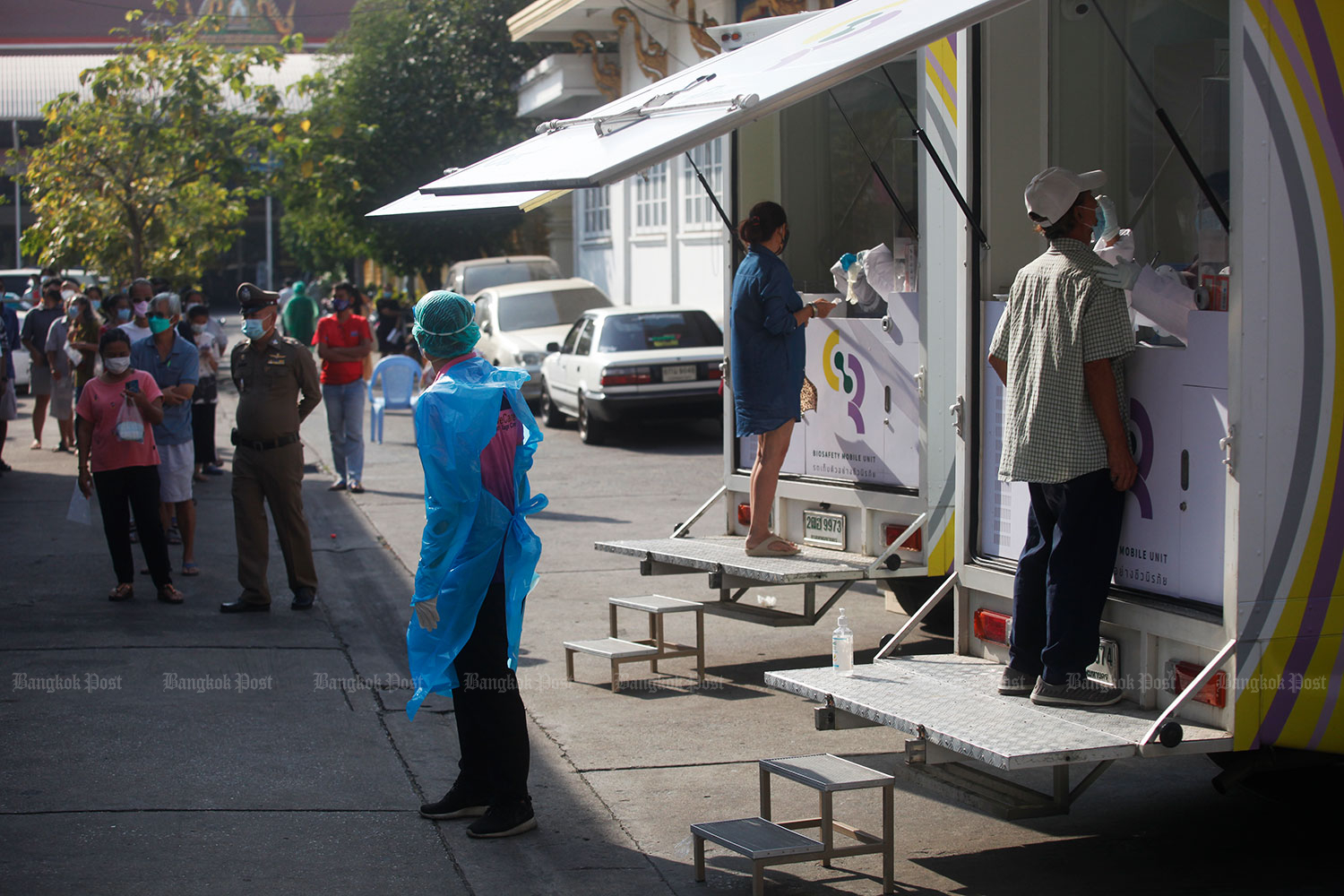 Who’s next?: Residents from the Wat Chanpradittharam community queue up for a Covid-19 test in Phasi Charoen district yesterday. The tests were conducted after a worker at a clothes factory nearby contracted the virus. (Photo by Nutthawat Wicheanbut)

Some 50,000 doses of the vaccines will be on their way to Thailand soon under this licence -- however, the 150,000 doses which are scheduled to arrive in March and April will now be produced in Asia, as the EU moved to protect its own vaccine supplies by halting exports outside the region.

"We have put our best efforts in to secure vaccines, and we are expecting good news to come shortly," Mr Anutin said.

"If we get it, it will allow us to test our vaccine distribution network.

"Anyway, even if we don't get it, it won't have an impact on our plan to give 26 million doses of Covid-19 vaccines to Thais in June," he said, adding the need for vaccines isn't as urgent as before, as the outbreak in Samut Sakhon has been brought largely under control.

The Public Health Ministry has secured an additional 35 million doses from AstraZeneca, which means the government now has 61 million doses in total, enough to inoculate just over 30 million Thais as planned, Mr Anutin said.

While Siam Bioscience is expected to eventually produce AstraZeneca's vaccine locally under a technology-transfer agreement, Mr Anutin said it is AstraZeneca's responsibility to ensure Thailand gets the vaccines it had bought, regardless of where they were produced.