People walk past the Chulalongkorn University campus, which is closed until Feb 28 after a group of staff tested positive for Covid-19. (Photo by Nutthawat Wicheanbut)

PATHUM THANI: Two major fresh food markets on the northern outskirts of Bangkok have been closed for five days after 60 people tested positive for Covid-19.

The Pathum Thani provincial communicable disease committee, chaired by the governor, ordered the closure of Suchart market and Pornpat market from on Friday until Tuesday, amid fears they could be a new epicentre of a coronavirus outbreak.

Both fresh markets are located in tambon Prachathipat, Thanyaburi district.

Pitsanu Prapatananant, chief of Thanyaburi district, said on Friday that 272 people had been tested at the two markets on Wednesday and Thursday, and 60 were shown to have contracted the virus.

He said the local administration shut both markets immediately and health officials had been told to conduct further tests on all migrant workers and at-risk people in order to control the disease before it spread. 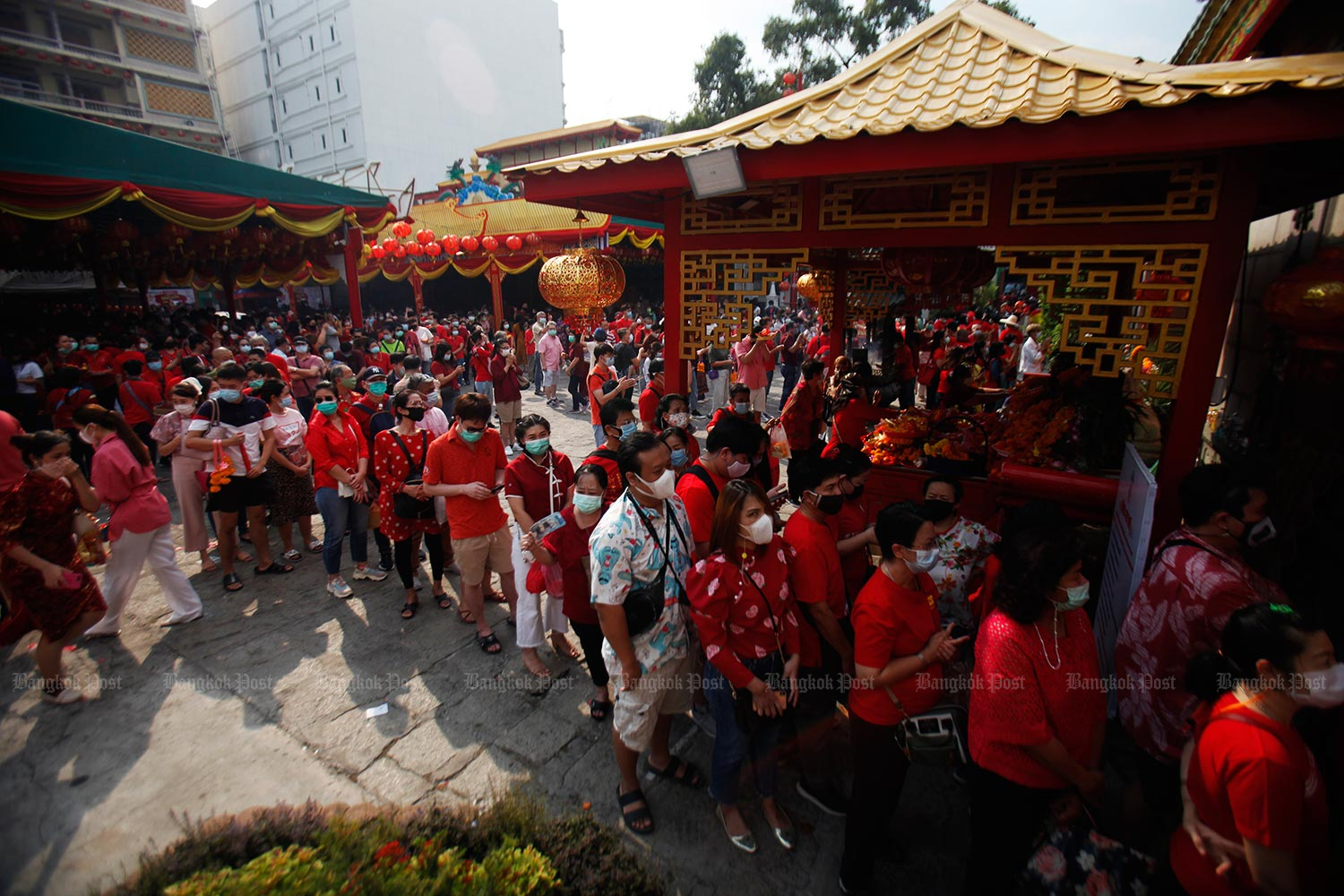 Those further tests are already underway and local authorities have ordered all migrant workers to stay inside their rooms for 14 days.

Pathum Thani had already logged four new Covid-19 cases on Monday, one being a Myanmar woman, 31, who worked at a citrus stall in Pornpat market.

She had been on leave when she fell ill on Feb 1 and sought treatment at Prachathipat Hospital last Saturday. She was tested immediately and was confirmed to have the virus the next day.

Tak governor Pongrat Piromrat, in his capacity as the chairman of the provincial communicable disease committee, on Friday ordered the community around the Ansaw mosque in Mae Sot into a lockdown until next Wednesday.

Mr Pongrat said villagers were also banned from entering or leaving the community unless they have obtained prior permission from disease control officials.

This prompted authorities to seal off the area so they could conduct further testing on 499 people.

Those tests found 14 of them positive for Covid-19, taking the number of infections there to 36. All the infected have been quarantined in hospital.

The provincial governor said that military personnel from a task force attached to the 4th Infantry Regiment, defence volunteers and local police had also been deployed to guard all points of entry into the community around the clock.

Mae Sot district chief Chaipruek Chianthanarak said on Friday that the lockdown was vital to contain the spread of Covid-19 to other areas.

Initially, just 15 infections had been detected in the community, said Mr Chaipruek, but it was later found those 15 people had infected seven relatives, taking the first batch of infections to 22, Mr Chaipruek said.

A new cluster of infections at Chulalongkorn University in Bangkok has also been found among university employees living in campus dormitories.

The university's health service centre on Friday conducted proactive testing of 243 people, and four of them were found to be infected with Covid-19.

They took the total of infections on the campus between Feb 5-11 to 20.

Therefore, the university announced the temporary closure of the campus from Friday until Feb 28.

Students and university staff who stay in dorms on the campus have also been urged to avoid leaving the university's premises, nor to meet others on site, unless it is absolutely necessary.

The university has also announced classes will go online during the temporary closure.

Prime Minister Prayut Chan-o-cha on Thursday insisted that no outsiders will be brought in during the upcoming cabinet reshuffle.