'No evidence' Thai bats to blame for Covid-19 outbreak

A horseshoe bat found in Chachoeng­sao province (photo by the environ­ment ministry).

Local researchers attempted to allay public fears by saying the coronavirus found in a horseshoe bat population in Chachoengsao last year is not a strain that is transmissible to humans, after several reports suggested that the Covid-19 pandemic may have originated in Thailand.

"They are in the same family [of coronaviruses], but they do not cause Covid-19. As of now, there is no evidence to show that the strain we found in bats [in Chachoengsao] can be transmitted to humans," said Supaporn Wacharapluesadee, a researcher with the Thai Red Cross Emerging Infectious Diseases-Health Science Centre.

"However, we do need to carefully monitor its development because many emerging infectious diseases began in bat species."

The respected researcher -- who is an expert on emerging infectious diseases in bats -- made the statement after reports published by a Russian news agency said researchers have found a new strain of coronaviruses in a Thai bat colony which closely resembles the Sars-CoV-2 virus, which causes Covid-19. 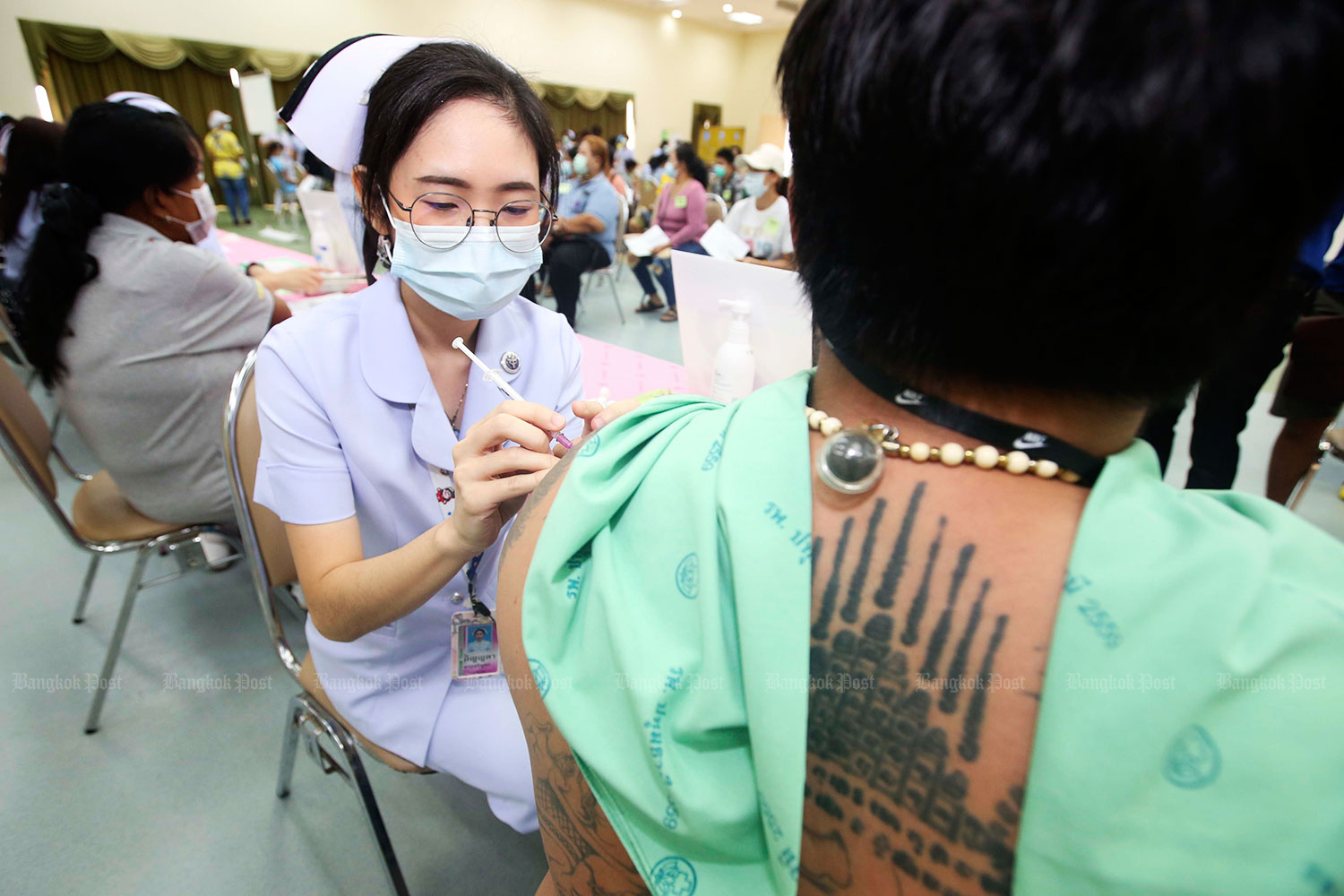 Injection protection: A man is administered a Covid-19 jab at Pathum Thani Hospital. The province has rolled out vaccinations for health workers, village volunteers and vendors at Pornpat Market where a cluster of cases was recorded. (Photo by Pattarapong Chatpattarasill)

The report said the research team has conducted genomic sequencing on the virus and found that the virus shares 91.5% of its genetic code with Sars-CoV-2.

While Dr Supaporn admitted that a research team from the Thai Red Cross Emerging Infectious Diseases-Health Science Centre has a five-year project to study emerging pandemic threats in bat populations in June last year, she said the study's findings were misrepresented.

She explained that the team, along with researchers from the Department of National Parks, Wildlife and Plant Conservation (DNP) and Kasetsart University's Faculty of Forestry, is planning to study virus strains present in 23 bat species that can be found in the country.

Rungnapar Pattanavibool, deputy chief of the DNP, said that the department is aware of the possibility of disease transmission from wild animals to humans, so the department has teamed up with other agencies to check imported animals for diseases and viruses.

Justice minister in isolation after aide infected with Covid-19