Bang Khunthian Geriatric Hospital is one of two City Hall-run hospitals where field facilities will be set up to treat Covid-19 patients. (Photo: BMA)

The Bangkok Metropolitan Administration plans to set up field facilities to treat Covid-19 patients in the grounds of at least two existing hospitals, governor Aswin Kwanmuang said on Thursday.

The announcement came as the city struggles to contain the latest Covid-19 outbreak, spread from pubs and clubs in the Thong Lor area.

The governor refused to give more details as he arrived at Government House for a meeting on steps to combat the rapid outbreak.

The Thong Lor cluster and pubs in Pathum Thani have spread the disease to at least 291 people in 15 provinces, 200 of them in Bangkok, since March 22, according to the Disease Control Department. The UK variant has been detected in Thong Lor. 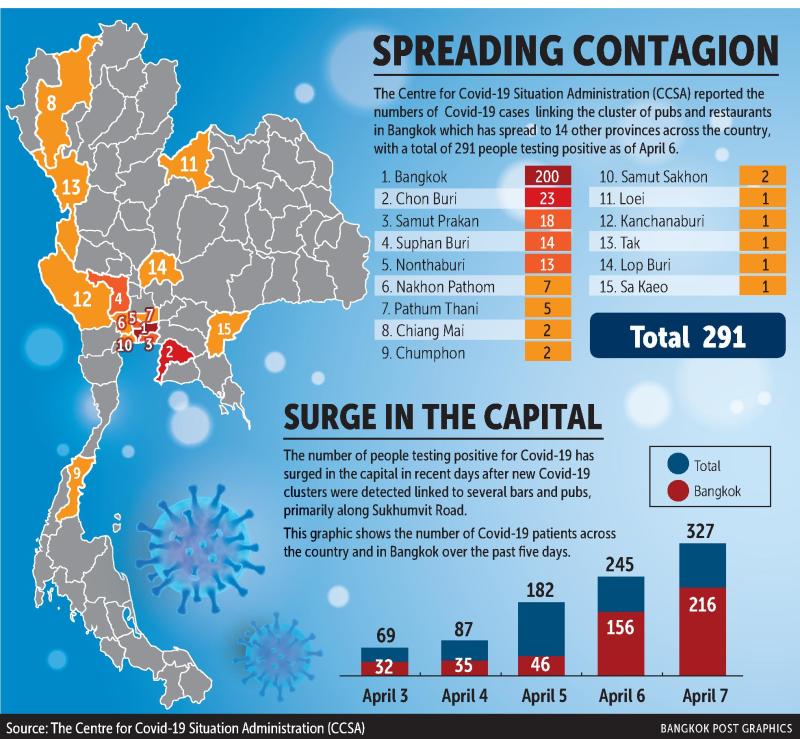