Covid-19 transmissions in Hua Hin have showcased the threat the virus poses: a single case can multiply into an exponentially expanding outbreak, forcing people across the country to scramble for tests and beds in hospitals.

Prachuap Khiri Khan has registered 193 infections since the beginning of this month -- 142 of them in Hua Hin district -- and the outbreak is belived to have started with one individual.

The 26-year-old woman, who told health officials that she worked as a public relations officer at Krystal Club, left Bangkok with her boyfriend to visit to her mother in the resort city on March 30. Showing no symptoms, she did not realise she was carrying the coronavirus with her.

The night of her arrival in Hua Hin, she and seven friends and relatives went to Maya Exclusive Pub. The following day, March 31, she developed a high fever.

After she was told on April 1 that her friends at the high-end workplace in Thong Lor had tested positive, the PR representative went to a private hospital in Hua Hin to be tested. On April 3, she was confirmed to have contracted Covid-19.

The following day, April 4, the woman was admitted to Hua Hin Hospital -- but by that time, health investigators said, the virus was on the rampage. A total of 141 people, including her boyfriend, were infected in Hua Hin and 52 more southward throughout the province: Pran Buri, Sam Roi Yot, Kui Buri, Muang Prachuap Khiri Khan, Thap Sakae and Bang Saphan districts.

A chart shown by the Public Health Ministry on Monday indicated the superspreading event was the woman's visit to Maya on the night of March 30. 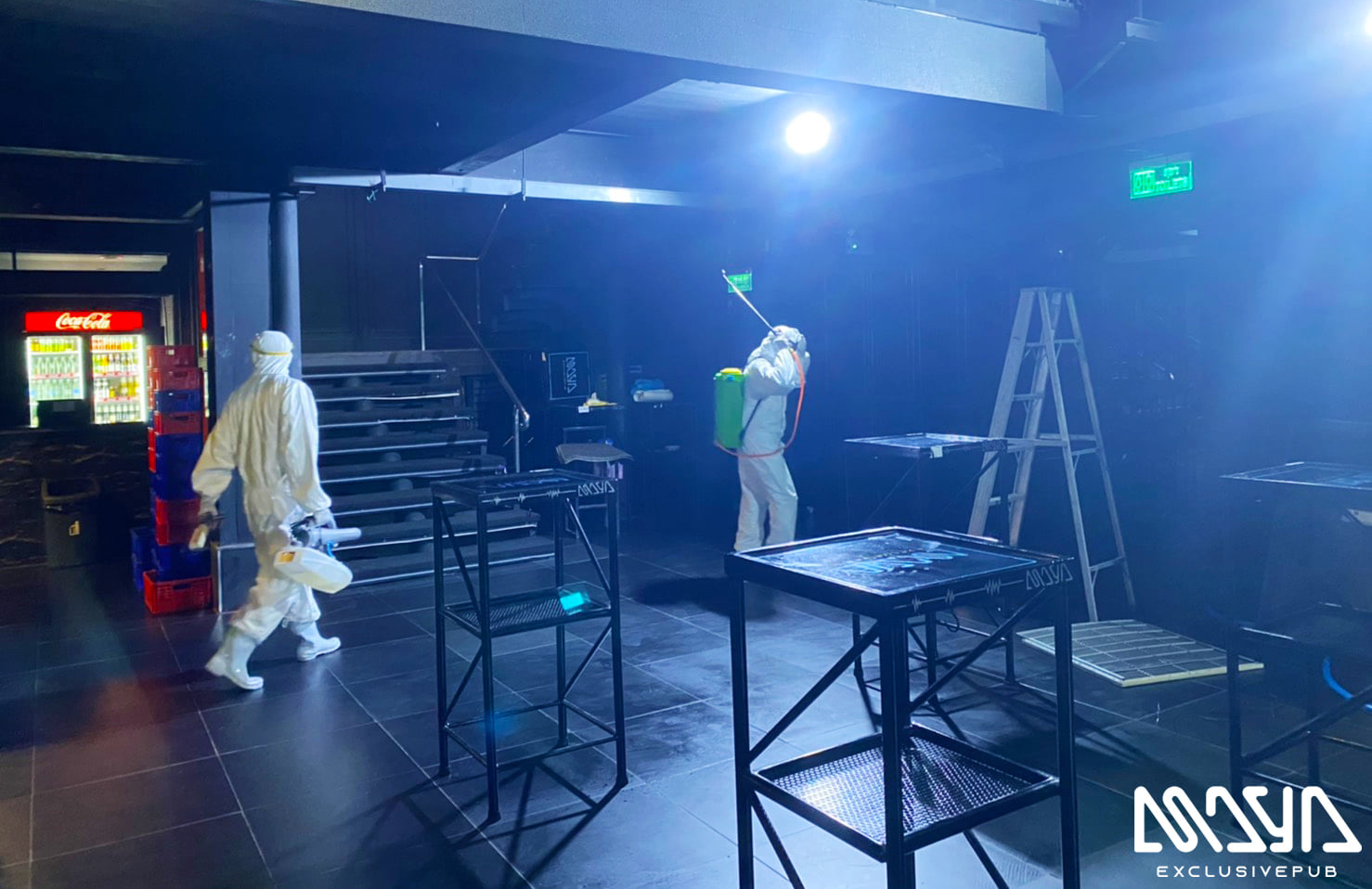 Department of Disease Control director-general Opas Karnkawinpong on Monday commended officials in Hua Hin for their quick decision to sanitise all places that might be harbouring traces of the virus that apparently began its journey at Krystal.

The ministry is highlighting the Hua Hin case because it believes pubs are the new ground zero for Covid-19 in Thailand. According to an official count, at least 137 entertainment venues in at least 15 provinces are are recent breeding grounds for the virus. And the outbreak that emerged from Krystal and Emerald clubs in Thong Lor and jitterbugged its way across the country is particularly worrying because it is the UK strain that can spread 1.7 times faster than the original, according to Chulalongkorn University virologist Yong Poovorwan.

Dr Opas said on Monday that lack of cooperation from at-risk partiers was hampering health officials' ability to contain the outbreak. "Many pubgoers do not give us information until two or three days have passed," he added.

New cases in Thailand continue to mount, with a record high 967 logged on Monday -- up from only 26 at the beginning of this month.

After the rapid rise in cases led to calls for people at risk to get tested, the ministry was forced to calm fears there would be insufficient beds at hospitals.

A Twitter post on Monday showed people forming a long queue outside Kasemrad Bang Khae Hospital in Bangkok waiting to be tested.

The Department of Medical Services on Monday said the country has about 23,000 hospital beds reserved for Covid patients nationwide, including field hospitals. Bangkok alone has 4,000 set aside, and "about 2,000 beds in all networks are still available [in the capital]," Department of Medical Services director-general Somsak Akksilp said, referring to public, private and field hospitals.

Pubilc and private hospitals are partnering with hotels to turn their accommodation into makeshift hospitals for patients not in serious condition, he said, with more preparing to join. 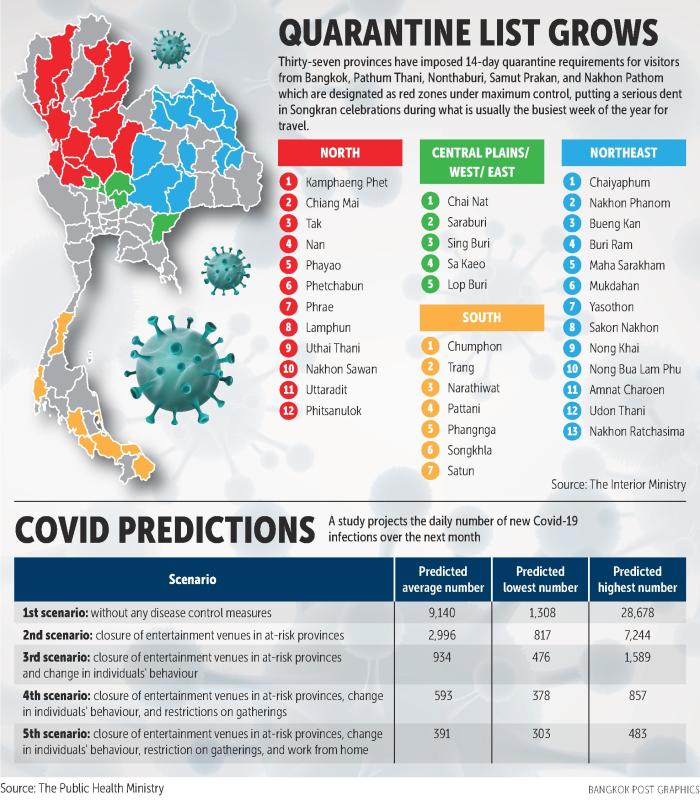