Partial lockdown on the table

People queue up to take a Covid-19 test as two royally-sponsored mobile unit vehicles provided the service at Khao San Road on Wednesday following reports that an infected person visited entertainment venues in the area. (Photo by Arnun Chonmahatrakool)

The government is discussing the possibility of imposing a partial lockdown in Bangkok and surrounding provinces, Chiang Mai, Prachuap Khiri Khan as well as Chon Buri while heightening Covid-19 control measures in outbreak red-zone areas, as the number of new Covid-19 cases hit a new record high on Wednesday.

The partial lockdown proposal was discussed on Wednesday, said Gen Natthapon Nakpanich, secretary-general of the National Security Council, in his capacity as chairman of a Centre for Covid-19 Situation Administration (CCSA) sub-committee.

However, the sub-committee will have to discuss the lockdown and other proposals with Public Health Ministry further today, Gen Natthapon said, before adding the decision will be based mainly on opinions from health authorities.

Prime Minister Prayut Chan-o-cha will convene a CCSA meeting tomorrow afternoon. The meeting, to be held via teleconference, is expected to discuss the strengthening of measures to curb the spread of Covid-19, as well as the partial lockdown proposal, according to a source. 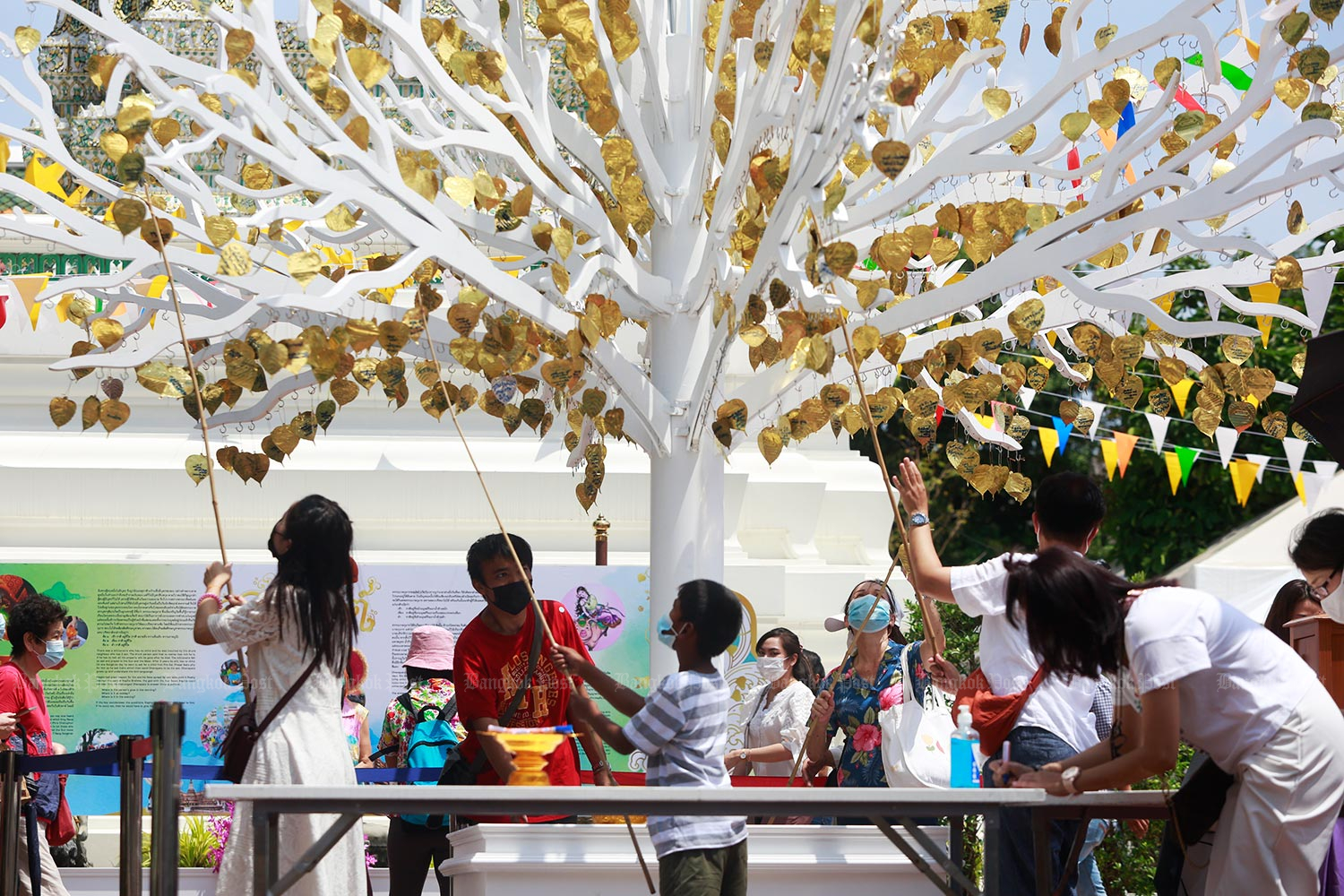 Visitors hang ‘Pho’ (Bodhi) leaves as part of activities to celebrate the Songkran festival at Wat Pho in Phra Nakhon district. Visitors are required to wear face masks at all times. (Photo by Arnun Chonmahatrakool)

The premier emphasised that all parties must be aware of the need to avoid engaging in activities which could bring about stricter Covid-19 control measures on the public, said Gen Natthapon.

The government reported 1,335 new Covid-19 cases on Wednesday, the highest increase in daily infections since the outbreak emerged in Thailand early last year.

The CCSA said only nine were found among arrivals from overseas.

The total number of confirmed cases currently stands at 35,910, while the death toll remains unchanged at 97.

The CCSA is now concerned about the possibility of more Covid-19 clusters emerging in other areas, as there are still carriers linked to previous outbreaks who are still travelling, said Gen Natthapon.

He insisted the government has prepared sufficient field hospitals to accommodate all infected people.

More restrictions on certain types of businesses, including restaurants, shopping malls and gyms will be discussed at today's meeting between the CCSA sub-committee and the ministry, said a source. 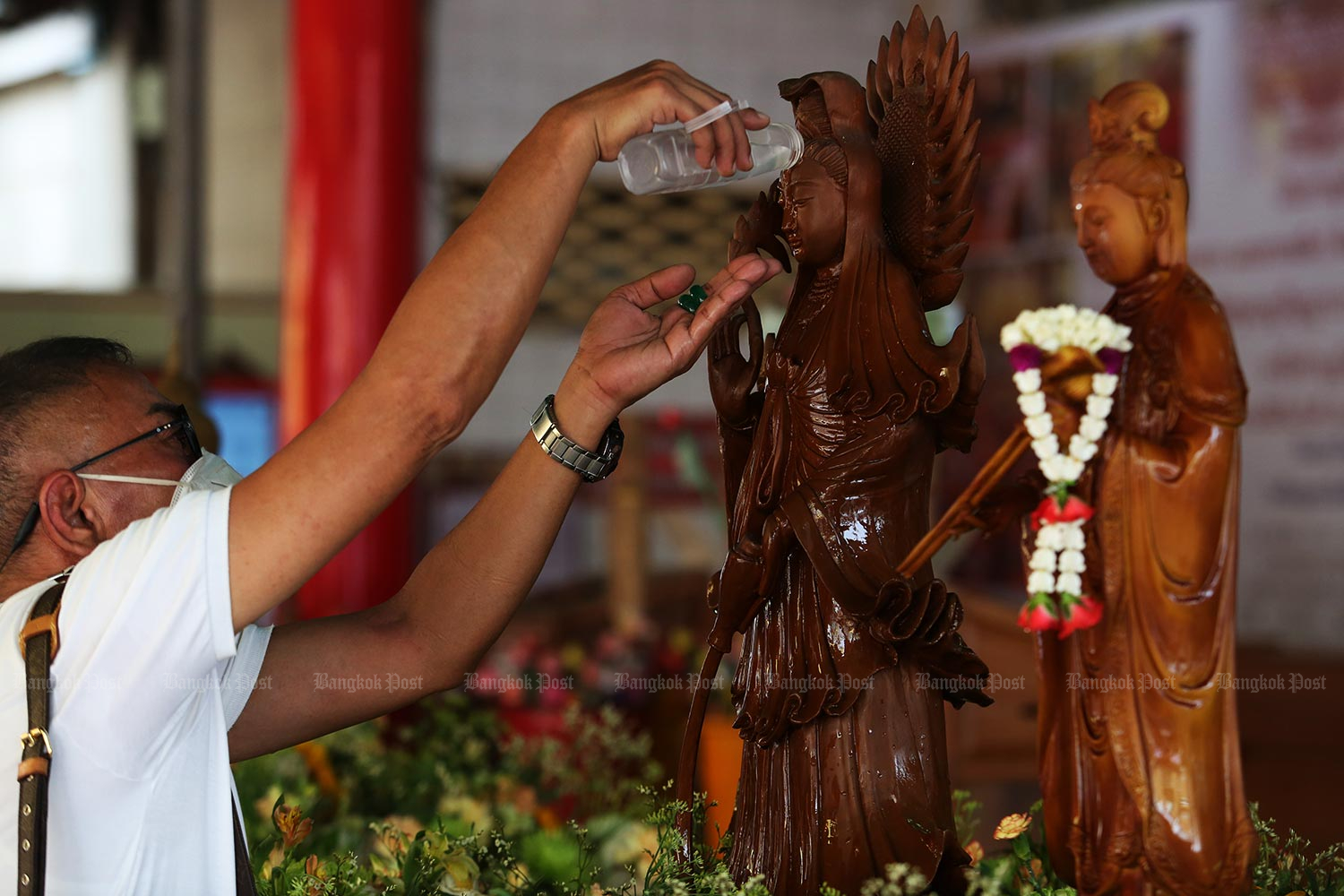 Several more areas will possibly be declared outbreak red zones, while certain activities that normally bring people together, such as group exercises and restaurant dining, will likely be restricted, said Gen Natthapon.

More Covid-19 restrictions are expected in one or two days when health authorities finish their investigation into the current wave of Covid-19 and advise the government as to what restrictions are actually needed, he said.

"Restaurants might have to close sooner while fitness centres will likely have to limit the number of their patrons at any given time or suspend activities which the ministry considers a Covid-19 risk," he said.

Personally, he said, he thought since entertainment venues were found to be the primary sources of new infections, other businesses such as department stores shouldn't be shut down.

Shopping malls may have to cut their opening hours and suspend certain activities that draw many people, such as music performances or sales promotion events, he said.

In the wake of the surging Covid-19 infections, Gen Prayut has ordered every government organisation to heighten its Covid-19 control measures, including setting up more field hospitals and accelerating Covid-19 vaccination, said government spokesman Anucha Burapachaisri. 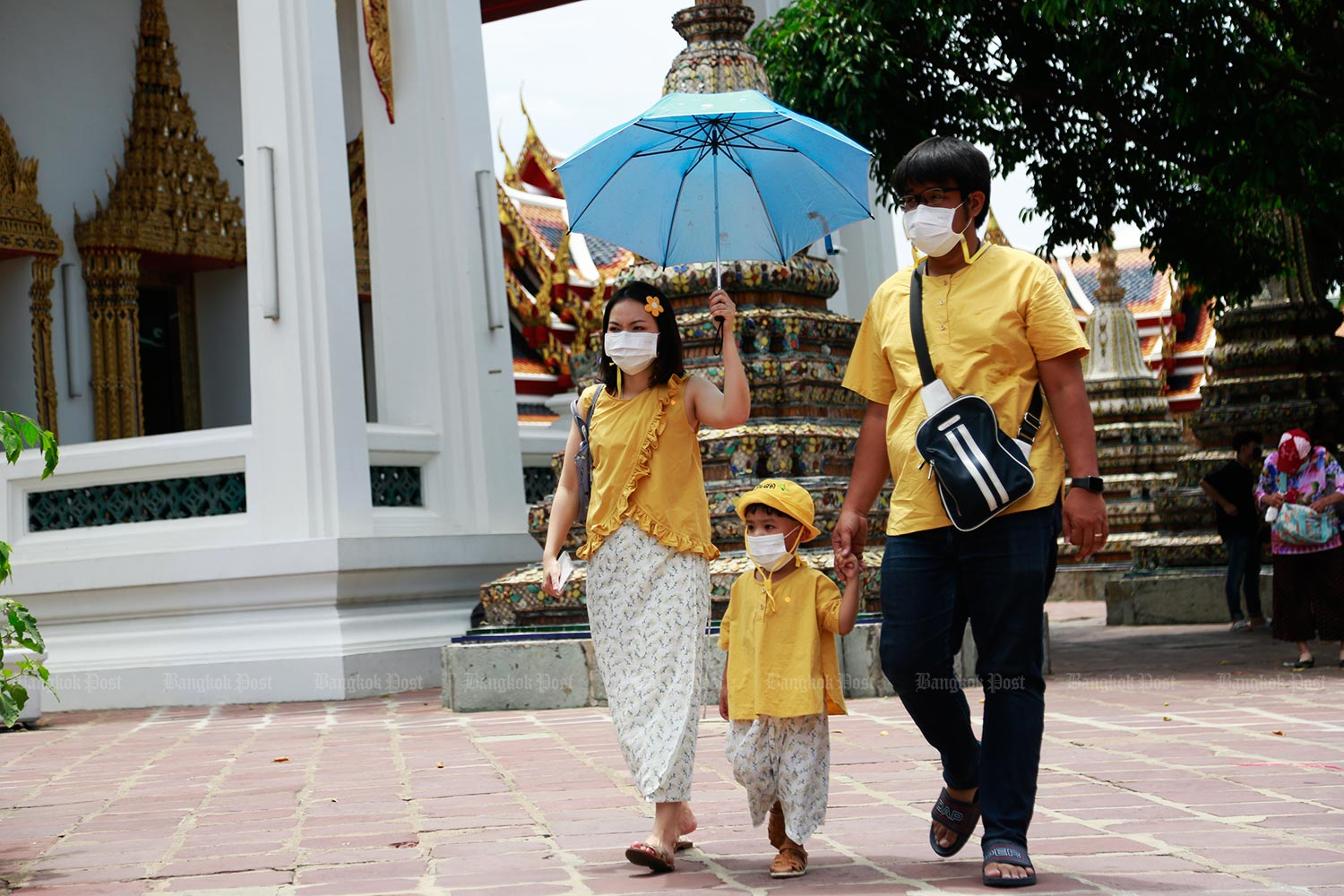 Parents take a child for merit-making at Wat Pho during Songkran. Yesterday was also designated as Family Day in Thailand. (Photo by Arnun Chonmahatrakool)

Authorities also remarked on the vaccination programme. Citing the government vaccination plan for this month, he said an additional 1 million doses of Covid-19 vaccines will be distributed to all 77 provinces, with priority given to provinces with a critical outbreak situation.

A total of 599,800 doses have been set aside for front-line medical and healthcare personnel

Another 100,000 doses have been allocated for the outbreak red zones, 147,200 doses for people with an underlying health condition, 54,320 doses for front-line security officers and the rest for emergency use.