A closed bar is seen on Sukhumvit Road in Bangkok on Friday as the country struggles with a third wave of infections of the coronavirus. (Reuters photo)

Calls are mounting for the government to impose a lockdown to restrict people's movement as the number of Covid-19 infections continued to soar.

The calls were made after Prime Minister Prayut Chan-o-cha said on a TV Pool broadcast on Friday that the government had no plan to lock down the country despite it logging more than 2,000 new infections on Saturday.

Eight Covid-19 deaths and a record 2,839 new cases were reported, bringing the total to 129 deaths and 53,022 infections, according to the Centre for Covid-19 Situation Administration. Bangkok logged the highest number of new infections at 1,582 cases.

The Thoracic Society of Thailand called on the government to take drastic action to restrict the movements of people. Nithiphat Chiarakun, president of the society, said the soaring number of infections is straining the public health system as many hospitals, "hospitels" and field hospitals are teetering on the edge.

"Any efforts to overstretch the capacity of medical personnel will lead to the collapse of he public health system,'' he warned. "The government must take decisive action to stop the movement of people as much as possible to isolate infected and at-risk for treatment and reduce the number of new infections,'' Dr Nithiphat said.

The government must give weight to information from the medical profession rather than politicians, he said. Those in the healthcare sector must also make the most use of what capacity they have and try to reduce the number of patients stranded in hospitals and communities, he said.

Calls are also mounting for the government to impose a nationwide lockdown. Benjaporn Tantasuti, a child and adolescent psychiatrist, said that without law enforcement, many Thais cannot control their behaviour during the pandemic. "The situation is worsening and it is now necessary to impose a lockdown and curfew to stifle the surge of infections. The lockdown may be imposed for a brief period to curb the spread of the virus and help ease the burden on the overwhelmed healthcare system,'' she said. 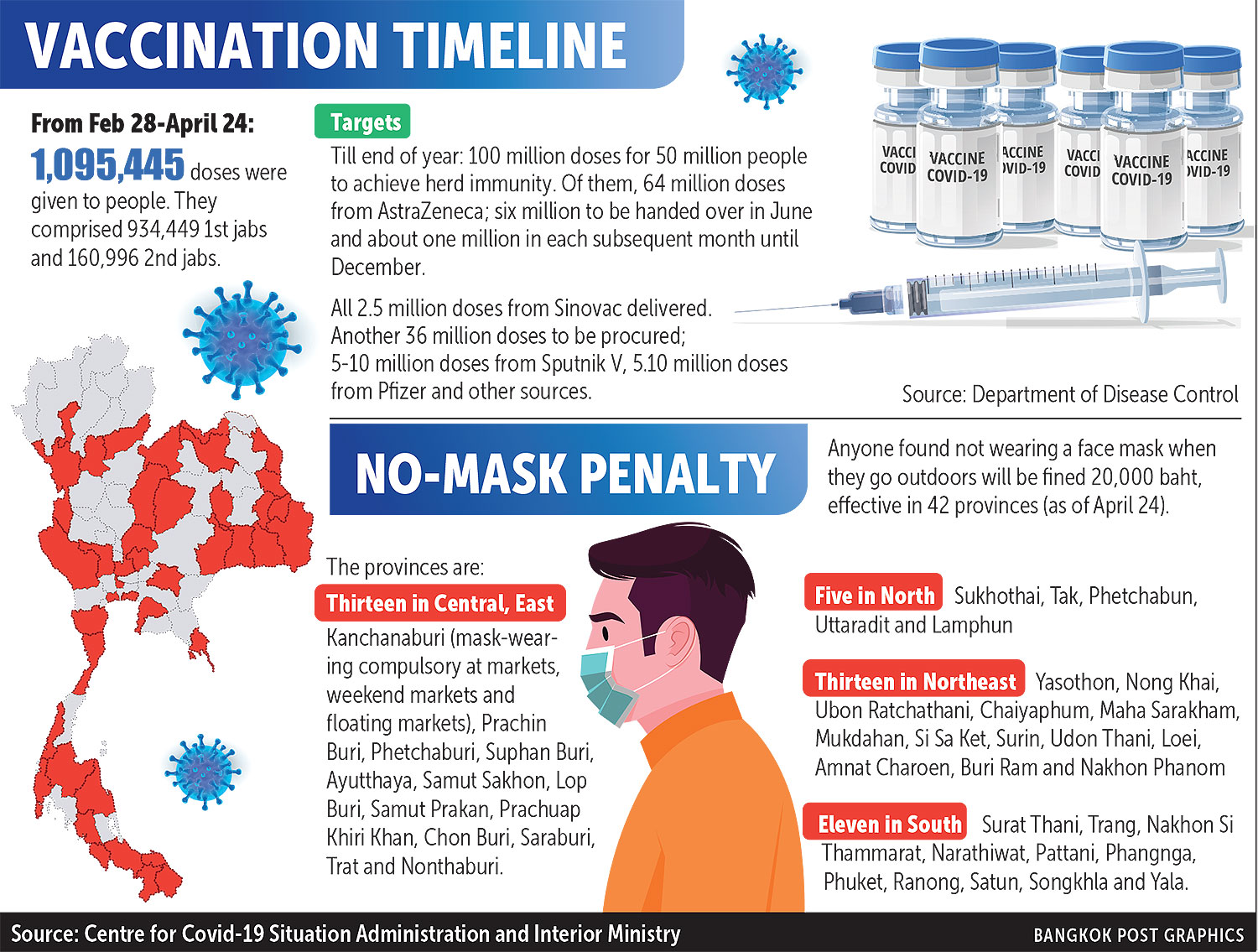 Chaichana Dejdecho, a Democrat Party MP and deputy spokesman, also urged the prime minister to impose a nationwide lockdown for 15 days including restrictions on inter-provincial travel, and a curfew. The government has yet to take action because it is concerned about the economic impact, but the surging infections is now putting a strain on hospitals, Mr Chaichana said.

Deputy Public Health Minister Sathit Pitutecha admitted the latest wave of infections has reached a critical point as there are not enough medical personnel to take care of. In light of this, the ministry has asked the prime minister to tighten measures to curb the transmissions, he said.

Thiravat Hemachudha, director of the Health Science Centre of Emerging Diseases at Chulalongkorn University's faculty of medicine, posted on Facebook that the war against Covid-19 is expected to be a long, drawn-out one.

Gen Prayut said on his Facebook on Saturday he has allowed provincial governors to consider imposing curfews in some areas. Provincial governors have the authority to tighten disease control measures and close premises in addition to any closures ordered by the government. If the pandemic worsens, the 14-day quarantine period for asymptomatic patients treated at hospitals may be reduced to 10 days so they can be self-quarantined at home with a tracking system.

The Thai Retailers Association (TRA) said hours of shopping malls, supermarkets and convenience stores will be shortened further in 18 red-zone provinces including Bangkok.

Starting from Sunday, malls and community malls in the 18 provinces will be open from 11am to 8pm; supermarkets and food courts must close at 9pm, and convenience stores must close from 10pm to 5am. The change will last until May 2.

The Bangkok Metropolitan Administration (BMA) on Saturday announced 31 types of business venues at risk of Covid-19 infections will come under lockdown for 14 days from tomorrow, according to the Morlab Panda Facebook page. They include cinemas, water parks, boxing stadiums and museums.