In this file photo, a healthcare worker prepares a syringe with a dose of Covid-19 vaccine as part of the government’s inoculation programme. (Photo: Pattarapong Chatpattarasill)

The government will adopt a single command system to improve the efficiency of the national Covid-19 vaccination drive, with the aim of inoculating about 30 million people over the next three months and 50 million by the end of the year.

According to a post on Prime Minister Prayut Chan-o-cha's official Facebook page, the PM met with his advisers at Government House to discuss ways to ramp up the distribution of Covid-19 vaccines, which is a top national priority.

The government will do everything in its power to procure more doses to support the national vaccination drive, with a target to buy 10-15 million doses a month from several manufacturers, according to the post.

The government will also improve cooperation between state and private agencies to ensure broad distribution of the doses. A proactive vaccination plan will also be put in place to ease the burden on the public health system, it said.

Alternative vaccination centres will also be set up at appropriate locations, such as meeting halls, sport centres and hotels to prevent crowding at hospitals, whose main task is to look after infected patients, the post said.

At least 300,000 doses will be administered a day, with the goal of vaccinating 50 million people by the end of this year or sooner, Gen Prayut wrote in the post.

Speaking after the meeting, Danucha Pichayanan, secretary-general of the National Economic and Social Development Council (NESDC) said that the government plans to inoculate 30 million people over the next three months, or about 300,000 people a day. 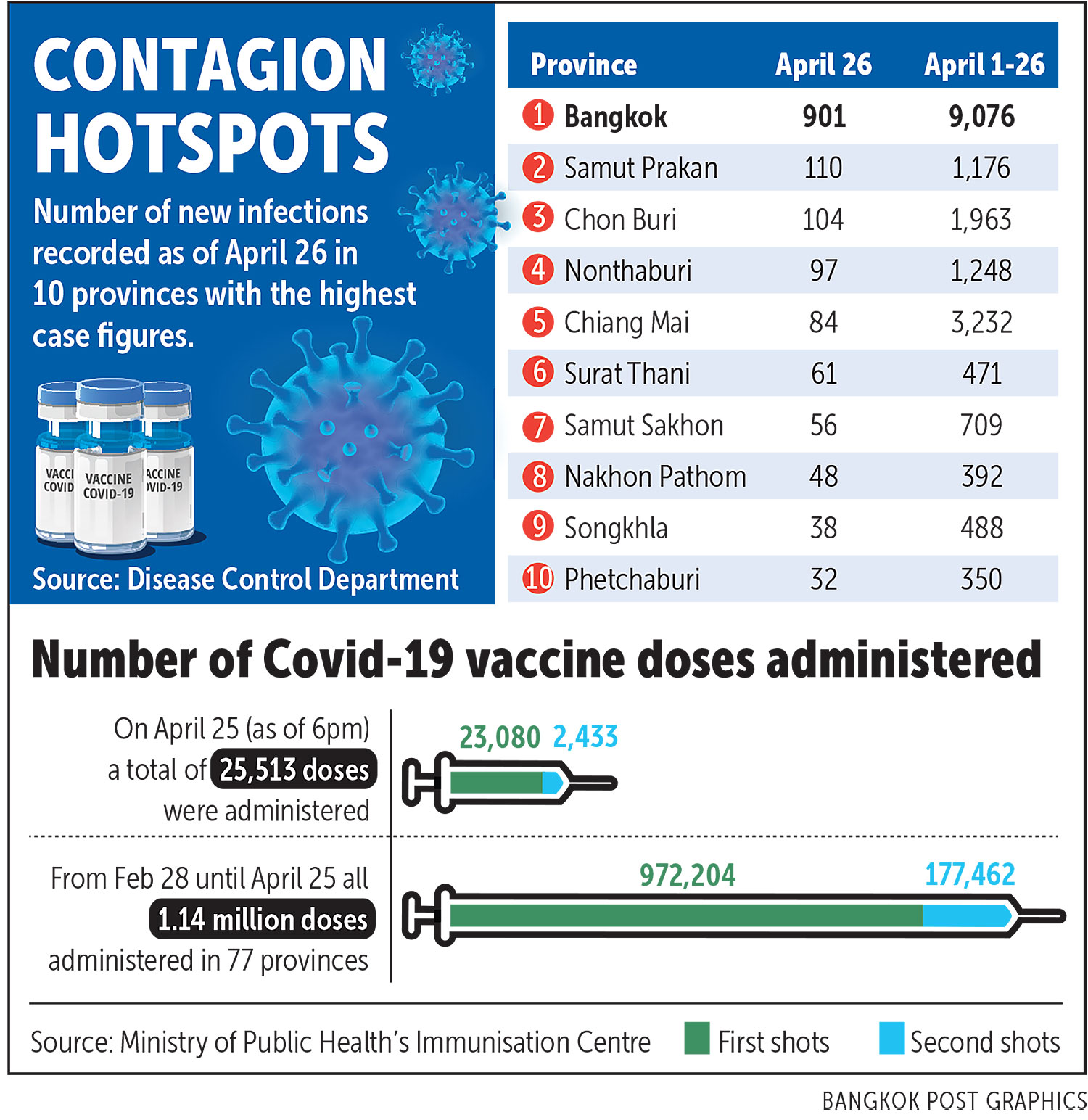 At least 50 million people are expected to be vaccinated by year-end, he said.

Traisuree Taisaranakul, deputy spokesman for the government, previously said Thailand has received 2.5 million doses from Sinovac, including the recent batch of 500,000 doses which arrived on Saturday.

She said Sinovac Biotech will send one million doses to Thailand next month, which will bring the total to 3.5 million doses, Ms Traisuree said.

So far, Thailand has approved the use of Covid-19 vaccines from Sinovac, AstraZeneca and Johnson & Johnson, Mr Danucha said on Monday.

He said the government is also seeking to import the Pfizer and Sputnik V vaccines.

"The prime minister instructed all agencies involved to step up their efforts to procure more than 100 million vaccine doses by the end of this year. The vaccination drive will operate under a single command to ensure effective distribution," Mr Danucha said.

Tomorrow's meeting will also discuss venues which can be used to support the government's plan to inoculate 300,000 people a day, Mr Danucha said, before adding retired doctors and nurses will be asked to help with the programme.

Government spokesman Anucha Burapachaisri said Monday's meeting discussed the severity of the latest wave of infections, which has become a cause of public concern.

It was agreed at the meeting that the Centre for Covid-19 Situation Administration (CCSA) will resume its central role in the government's handling of the pandemic to ensure efficiency, as the centre had delegated some of its authority to other ministries before the latest wave, Mr Anucha said.

The CCSA has also been instructed to set up health screening centres in all 77 provinces. Major provinces, particularly Bangkok, must have several such hubs, he said.

On vaccine procurement, Mr Anucha said 28 million doses are due for delivery between May and August, and talks are underway to purchase 40 million more doses from various manufacturers.