Jab booking systems to get upgrade to include everyone

A truck sprays disinfectant on to the streets in Ratchaburi's Muang district on Thursday after a spike in Covid-19 cases. Several of those infected were found to have taken part in social activities. (Photo by Saichon Srinuanjan)

Three million foreigners living in Thailand have as much right to Covid-19 vaccinations as Thais because the goal is to achieve herd immunity, the government declared on Thursday.

The policy is to vaccinate everyone in Thailand no matter whether they are Thais or foreigners. This would be carried out with people's consent and without discrimination, said Rungruang Kitpati, spokesman for the Public Health Ministry.

Some expats have vented their frustrations on social media about a lack of public information, problems registering for vaccinations and the lack of private vaccines.

"Anyone living in Thailand, be they Thai or foreign, will be able to get the vaccine if they want it," Opas Kankawinpong, head of the disease control department, said on Thursday. "No one is safe until everyone is safe." 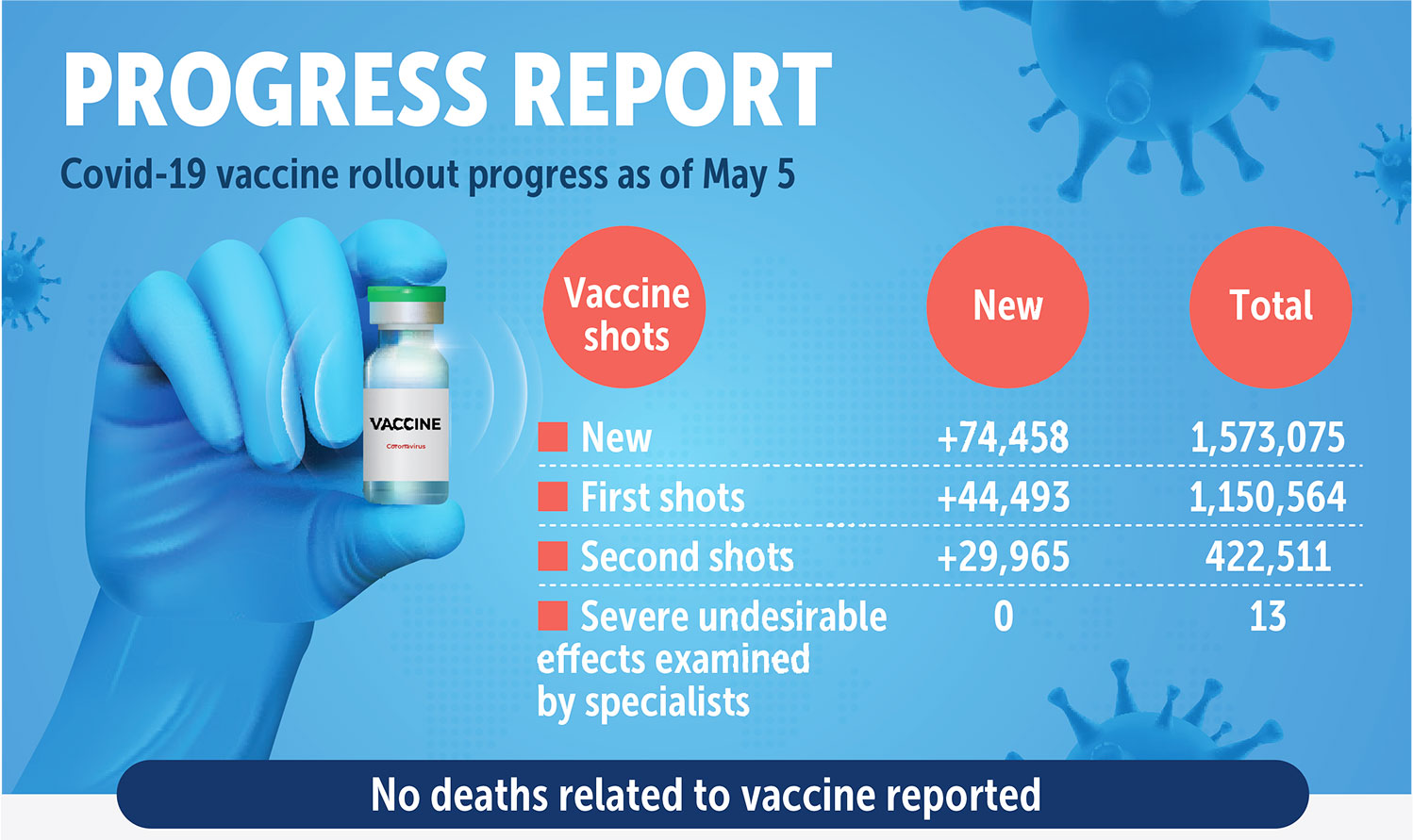 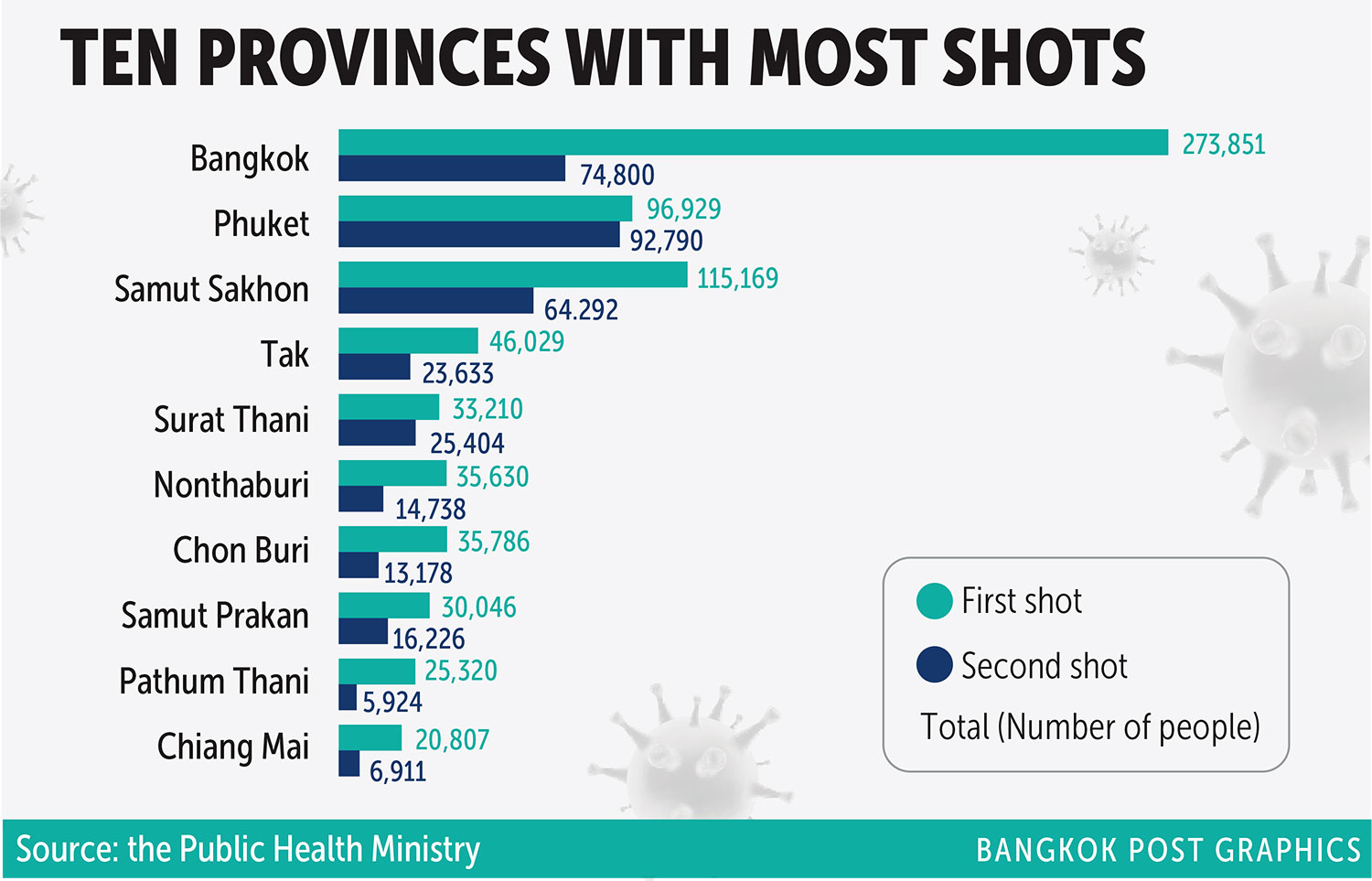 Thailand's population is estimated at 70 million, of whom about three million are foreigners living here long-term, said Dr Opas.

"To protect this country against the novel coronavirus, we need to immunise at least 70% of the total people living here," he added.

He said the Public Health Ministry had vaccinated a vast number of legally registered immigrants in Samut Sakhon.

Dr Opas said the process for foreigners to register their interest would be the same as for Thais -- those in vulnerable and risky groups, such as healthcare staff, those living in at-risk areas, the elderly and those with underlying diseases, would be vaccinated first.

The government's mass immunisation programme has not started yet, since only frontline workers are getting their shots from a small stock of 2.5 million Sinovac doses.

The government's main stock is expected to come from a local manufacturer, who is set to reproduce AstraZeneca's vaccines from supplied ingredients from next month.

Pensom Lertsithichai, news division director at the Foreign Ministry, acknowledged that it was not yet possible for foreigners to apply for vaccines via the Mor Prom medical app or Line account but the Public Health Ministry was working on the issue and hoped it would be updated by next month.

"The ministry is trying their best to help foreigners, so they can either use the mobile app or contact hospitals directly and register to be vaccinated," she said.

For the second phase, she said that would start in June and run until the end of this year. The public and foreigners would be included in this phase, depending on their membership of at-risk groups.

Regarding Mor Prom, the medical application, and Line Official account platforms, she said the system did not allow foreigners to register for a jab at present, though the Public Health Ministry was working on it and aimed to have the change made by June.

The state sector had also insisted the only way the private sector could gain access to the vaccines was through jabs purchased by them.

"This is because vaccine producer usually does not sell vaccines to the private sector but rather goes through the government. Therefore, public entities such as the Government Pharmaceutical Organisation can act on behalf of the private sector in securing supplies," she added.