Thai authorities have questioned a report by health officials in England highlighting a possible new coronavirus strain originating from Thailand.

Public Health England (PHE), a Department of Health and Social Care agency in the United Kingdom, updated a coronavirus report on Thursday saying there had been 109 cases of a new variant, coded C.36.3, in England.

"The C.36.3 variant was first detected in Thailand, in cases who had travelled from Egypt," the PHE report said.

PHE did not give the variant a name but UK media quickly dubbed it as the "Thai variant". Thai authorities immediately rejected the term as "wrong". 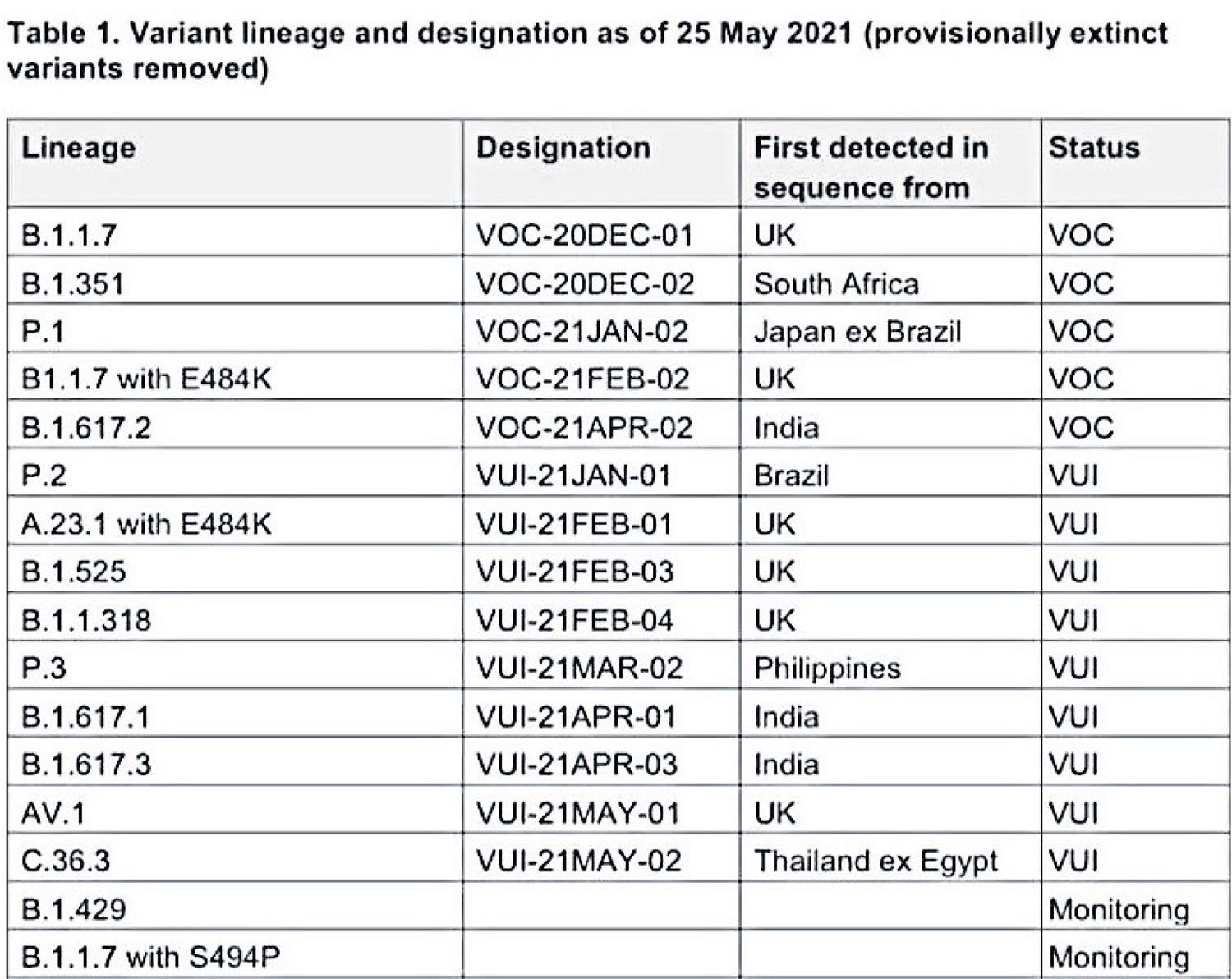 Dr Udom Kachindhorn, adviser to the Centre for Covid-19 Situation Administration (CCSA), said the new strain has not been found among local transmissions in Thailand.

The UK authorities should inform Thai officials so they can conduct an investigation before disseminating such information, he said.

The UK has not sent a sample of the variant to Thai authorities, Dr Udom said, adding the variant must be verified by more than one laboratory.

The details remain unclear as PHE is still investigating the matter and carrying out lab tests of the new variant, one of many reported by PHE.

"There is currently no evidence that this variant causes more severe disease or renders the vaccines currently deployed any less effective," the report said.

Supakit Sirilak, director-general of the Department of Medical Sciences, said his agency is looking into the PHE report, noting that he is opposed to the use of the term "Thai variant".

A preliminary check had found the new strain was brought into Thailand by travellers from Egypt who were quarantined after their arrival, Dr Supakit said.

"In principle, the origin was in Egypt. So it could not be called the Thai variant. It should be called the Egypt variant," he said.

Regarding the cases mentioned in the PHE report, Dr Supakit said Thai authorities found that a 33-year-old man from Egypt tested positive for the coronavirus while he was under quarantine for 14 days in Thailand.

A sample from the man was later sent to Chulalongkorn University's laboratory to identify the strain, he said, noting that the results came out on Jan 31 showing the man had been infected by the B.1.1.1 variant.

However, it was later changed to C.36.3 under a new recording system, Dr Supakit said.

He said Japan had identified a concerning variant found there on Jan 2 from a person who came from Brazil but the strain was never branded as the "Japanese variant".