Prime Minister Prayut Chan-o-cha refused to lay the blame for recent vaccination cancellations for individuals or state agencies when speaking to reporters at parliament on Monday, saying reports had been muddled by too many sources.

"I'm not blaming anyone. Others may not have the same understanding of the issue because information is being passed through too many channels," Gen Prayut said while replying to questions about the stop-start nature of the national vaccination programme in some parts of the country over the past few days.

The prime minister said he has instructed the Centre for Covid-19 Situation Administration (CCSA) to reiterate his desire to balance current stocks according to demand and urgency.

He also said he wanted to see appointment numbers aligned more closely with the concept of demand so fewer people would have their appointments cancelled or be turned away.

"We may have the capacity to administer 100,000 doses in a single day. But where are the vaccines for appointments on other days?" he said.

Gen Prayut said he did not expect any more significant hiccups.

"If any such problems still exist, [we will] do some fine-tuning," he added.

The premier reiterated that supplies are received in batches throughout the month, and the amounts are not uniform.

"From now on, the appointments will be organised based on the vaccines that arrive in each batch," he said.

His remarks were made after many hospitals in Bangkok, both privately run and state-owned, announced they had suspended appointments this week because they ran out of supplies.

One city resident, who declined to be named, said she and her husband arrived at a hospital in Lat Phrao district on Monday afternoon only to be told the schedule had been deferred. 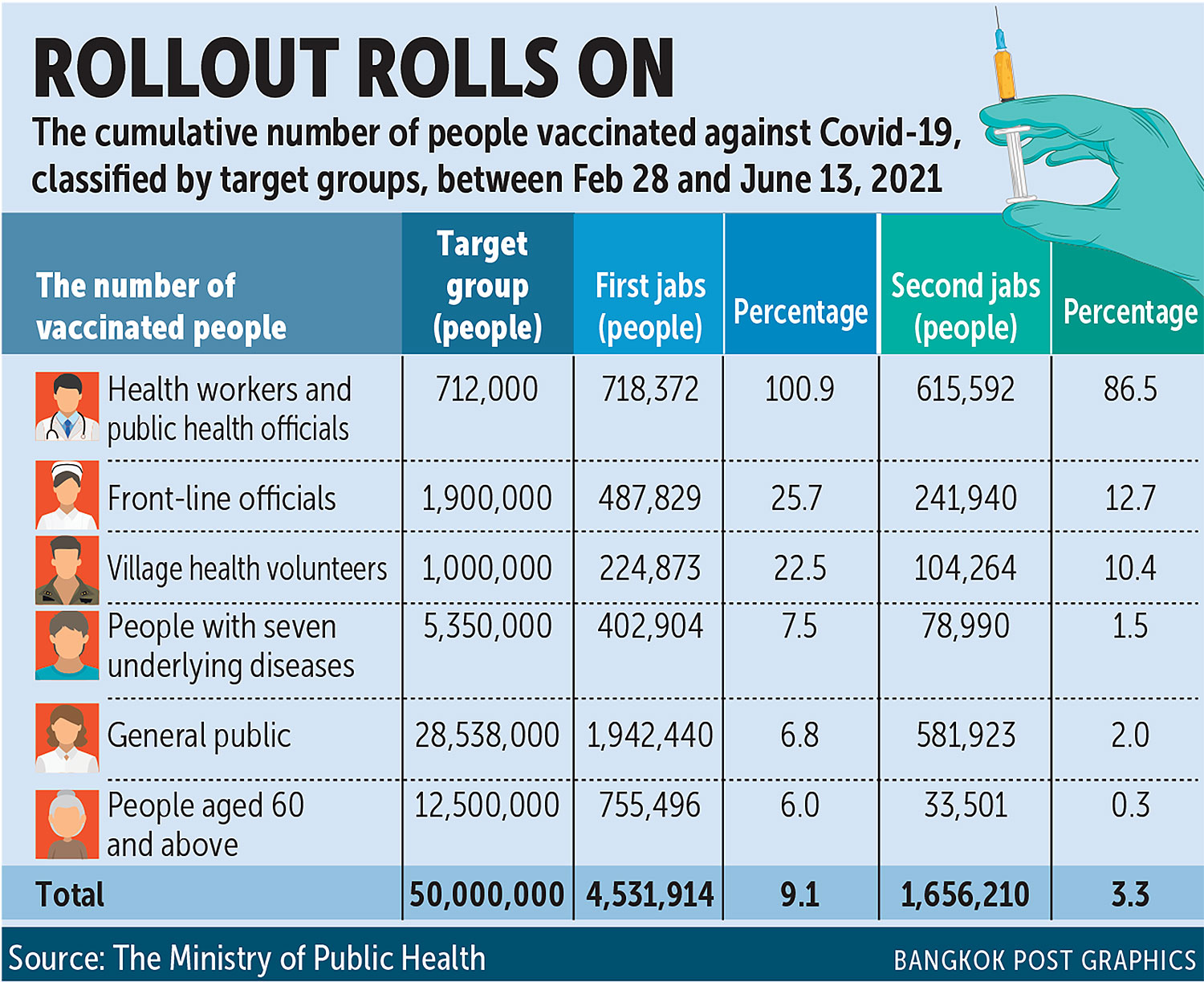 Another woman in her early 60s said that when she visited the same hospital on Sunday for a routine medical check-up the staff there had reassured her vaccinations were going ahead as planned, only to find out less than 24 hours later that her appointment had been cancelled.

"We arrived at the hospital [yesterday afternoon] only to find crowds of people outside who had also had their appointments cancelled on the day. Some of them were from morning appointments.

"The hospital had told them the vaccine was due to arrive within an hour or two, but that turned out not to be the case. So, after hours of waiting, we went home disappointed," she said.

Gen Prayut, meanwhile, said those who booked from the provinces via the Mor Prom application will be given priority because they made the appointments well in advance and may have made travel plans.

Certain amounts of vaccines being administered at more than 100 vaccination points in Bangkok are outside of the quota allocated to City Hall, the prime minister said.

On Monday, the CCSA held a joint conference with Bangkok governor Aswin Kwanmuang and Dr Opas Karnkawinpong, head of the Department of Disease Control (DDC) to explain how the rollout is being managed.

Both reiterated the aim was to procure enough vaccines for at least 70% of the population to have received both doses necessary for immunity by the end of the year.

Dr Opas said that as of June 13, 6.1 million shots had been administered, adding that 17% of the capital's residents have now had their first doses, and they included many key education personnel, public transport workers and subscribers of the social security fund.

He said City Hall is continuing to receive regular supplies of vaccine from the Public Health Ministry.