Prime Minister Prayut Chan-o-cha yesterday apologised for delays in Covid-19 vaccinations, saying the government was doing its best to overcome the problems. 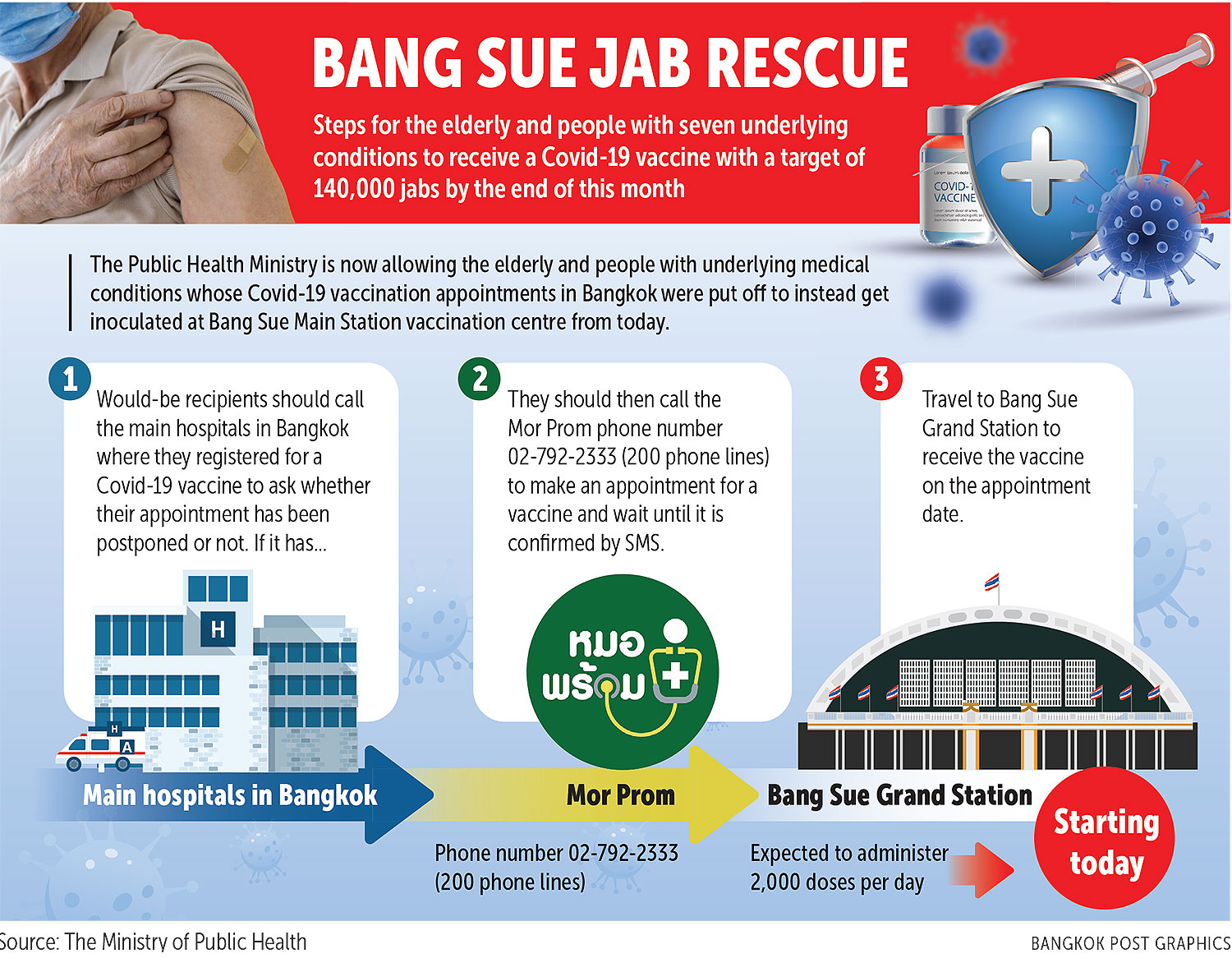 Gen Prayut admitted he was not happy with the delayed rollout and said he had instructed agencies concerned to sort it out.

"As the prime minister and director of the CCSA [Centre for Covid-19 Situation Administration], I am the top executive in this war against Covid. I must apologise for the problems that have happened and I take all the responsibility," he said.

He also stressed several agencies had been involved in the vaccination drive and he had not taken it upon himself to assume all the power.

The PM said the CCSA was in charge of the vaccination programme and everyone else was working under it; the CCSA was responsible for laying down policies and setting criteria for vaccine distributions to each province.

Distribution of vaccines was based on each province's population size and the severity of its virus situation, Gen Prayut said, adding that additional supplies would be also given to people considered essential to the economy, including workers in the tourism industry and teachers.

The Public Health Ministry had been instructed by the CCSA how to distribute vaccines to each province but it needed some time to check the quality of each vaccine batch to ensure safety came first, Gen Prayut said.

The ministry had been instructed to hand over vaccines to provinces immediately after completing their quality checks. The next step involved provincial officials deciding how many doses to allocate to each hospital and vaccination station.

In future, distributions to provinces which have achieved their vaccination goals will be halted, Gen Prayut said, adding that the CCSA would also decide which provinces were not in urgent need of additional doses.

The number of doses for each province depended on population sizes, case numbers, the number of vaccination registrants on the Mor Prom app and people in at-risk jobs and those in key economic areas, the prime minister said.

If vaccine supplies proved to be inadequate, provincial authorities should prioritise the elderly or those with chronic diseases.

Gen Prayut said the government was receiving small batches of ordered vaccines, not huge lots at a time.

"The vaccine deliveries have taken some time because they had to wait for time-consuming production and quality checks," he said.

"Many countries have faced the same problem."

He said vaccinations had been accelerated for at-risk people in outbreak areas but that had adversely affected some previous vaccine registrants.

In addition, vaccinations involved many organisations and misunderstandings could arise as they tried to coordinate the rollout.

Apisamai Srirangson, assistant spokeswoman for the CCSA, said a total of 6,511,184 vaccinations had been administered since the rollout started on Feb 28.