Songkhla governor Jaruwat Kliangklao, centre, speaks to a woman as he visits a Covid-19 vaccination venue at a gymnasium in the Tinsulanonda stadium, Songkhla on Tuesday. (Photo taken from PR Songkhla Facebook page)

SONGKHLA: Songkhla reported 293 new Covid-19 cases on Tuesday, with 263 linked to a cluster at a canned seafood factory.

Songkhla governor Jaruwat Kliangklao, also chairman of the provincial communicable disease committee, said the new infections at the Songkla Canning Co were detected via an active screening process among people from at-risk groups connected with the factory.

The governor said those newly diagnosed were taken to hospitals and field hospitals. Health workers continued to conduct mass testing in communities.

Songkla Canning Plc posted on its Facebook page on Tuesday that the factory would be closed on June 23-24 for cleaning and disinfection.

Meanwhile, the ferry service between Songkhla Lake in Muang district and Songkhla Nakhon district will resume on Wednesday.

Abdulraman Kayem, deputy chairman of Songkhla provincial administration organisation, on Tuesday sent water trucks to clean up the three ferries, which were also sprayed with disinfectant. Workers cleaned the pier and the ticket booth.

The ferry service will operate only during the morning and evening, from 5-9am and 4-8pm. 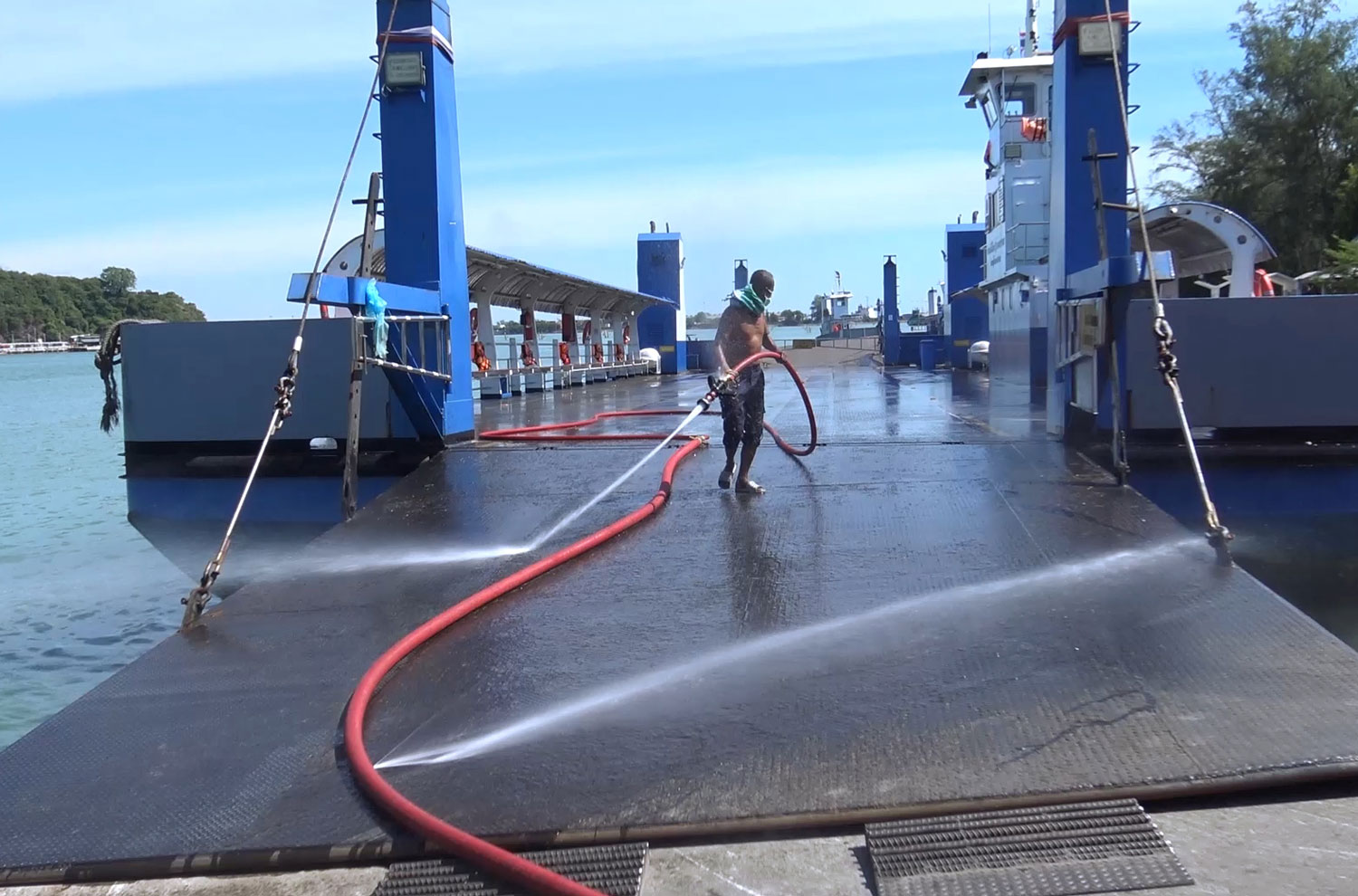 A worker sprays water to clean a ferry pier in Songkhla as the ferry service will resume on Wednesday. (Photo by Assawin Pakkawan)