The government has come under fire over its failure to procure sufficient Covid-19 vaccines as the number of new cases continued to soar, with more than 6,000 cases and 61 fatalities confirmed on Friday.

The Centre for Covid-19 Situation Administration (CCSA) said that the number of new cases is expected to rise further next week.

Boon Vanasin, chairman of the Thonburi Healthcare Group, on Friday said the government's purchase of Moderna and Pfizer vaccines was slow because it did not sign contracts with manufacturers.

During a Channel 3 interview, Dr Boon said he wondered why other Asean countries, such as the Philippines, Indonesia, Malaysia and Singapore, had already procured these types of vaccines, but Thailand did not have a single dose.

Dr Boon said he contacted people he knew at both Moderna and Pfizer who told him that Thailand did not have contracts signed to purchase the vaccines. 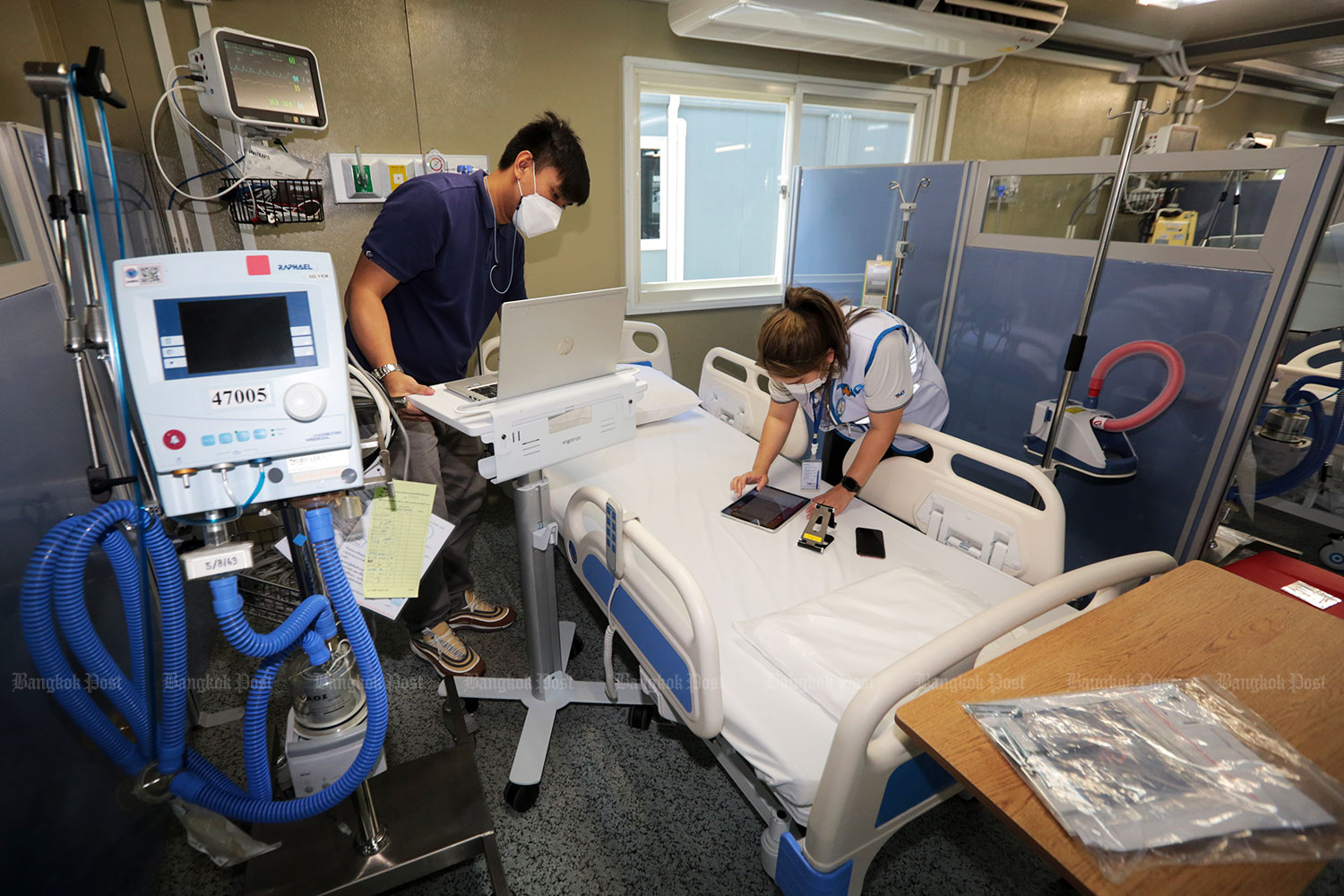 Intensive bed mission: Tech support staff set up a system in an ICU unit at the field hospital located in Bangkok’s 11th Military Circle in Laksi district to tackle a shortage of beds for Covid-19 patients with severe symptoms. The field hospital, which began operations yesterday, has 120 beds for Covid-19 patients in the ‘yellow’ group and 58 beds for the patients in the ‘red’ group. (Photo: Chanat Katanyu)

"I want the government to explain why the purchase of mRNA vaccines was slow. We don't have the vaccines even though the mRNA vaccines from Moderna and Pfizer are the most effective with few side effects," Dr Boon added.

He said that the Thonburi Hospital was ready to buy 50 million vaccine doses from the two producers in October last year, but they would not sell Covid-19 vaccines directly to private companies.

Dr Boon said that the government was waiting for vaccines from only one manufacturer, AstraZeneca, and now the rising demand for the vaccines has far outstripped the company's production.

In response, the government chose to buy Sinovac vaccines but the vaccines' quality was not as good as that of mRNA vaccines, Dr Boon said.

"The government has been too complacent despite medical experts' warnings about the highly contagious new variants of the virus," he added.

Responding to the criticism, Deputy Prime Minister and Public Health Minister Anutin Charnvirakul said the government and the ministry had no duty to draw up contracts to buy the mRNA vaccines in question or make payments in advance.

Private hospitals must make purchase agreements with the manufacturers and inform the ministry of the number of vaccine doses they want to buy, Mr Anutin said, adding the ministry will act only as a go-between.

Mr Anutin dismissed as untrue criticism that the ministry had dragged its feet over the purchase of the vaccines for several months.

"Personally, I want vaccines from all manufacturers to arrive in Thailand as quickly as possible," Mr Anutin said.

Regarding the progress in the purchase of Pfizer vaccines, he said a purchase must follow proper procedures and the terms of the agreement must be studied carefully. Vaccines from Pfizer and Moderna are expected to arrive in the fourth quarter, he added.

Gen Natthapol Nakpanich, head of the CCSA's operation centre, said the number of infections is expected to continue to rise next week due to the activities and movement of the general public.

Asked if the government could manage if daily new cases reach 10,000, Gen Natthapol said that preparations have already been made to increase the number of beds for patients.

Patients with less serious symptoms may also be allowed to self-quarantine at home, though a system must be put in place to take care of these patients at home first, he said.

With collaboration between the government, the private sector and communities, the crisis is expected to be brought under control, he said, adding that 10 million vaccine doses will also arrive this month.

However, Gen Natthapol said that the government will not impose additional restrictions to curb the surge in Covid-19, even if the death toll and infection rates increase.

"There will be no need for more restrictions because we do not want to increase the burden on the people," he said before a CCSA meeting.

Existing measures are adequate for the government to handle the situation, said Gen Natthapol, who is also the secretary-general of the National Security Council.

The CCSA was in close contact with the Public Health Ministry on how to best handle the rapid spread of the disease, he said.

Gen Natthapol said speeding up the rate of vaccinations and strict enforcement of the existing regulations, for both people and businesses, was needed.

The daily number of fatalities rose to new record highs on three consecutive days, from 53 reported on Wednesday to 57 on Thursday and 61 on Friday. 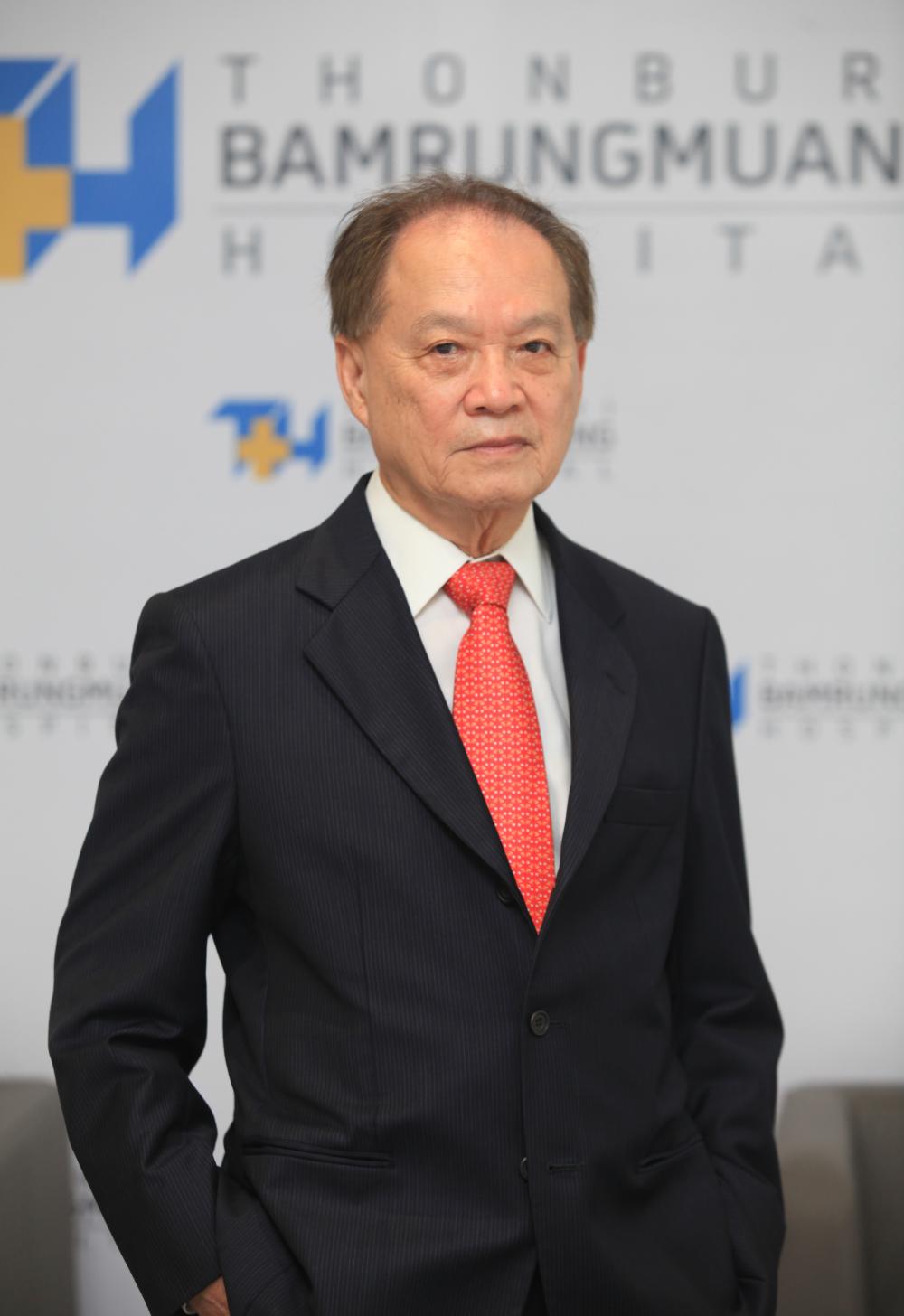