More AstraZeneca vaccine to be sought

The National Vaccine Committee (NVC) has agreed in principle with a draft announcement by the Public Health Ministry to set aside an unspecified proportion of Covid-19 vaccines for export.

The move followed calls on the government to secure more supplies of the AstraZeneca Covid-19 vaccine made by Siam Bioscence Co, the local manufacturer of the vaccine, for locals while the country is facing a grave outbreak crisis. 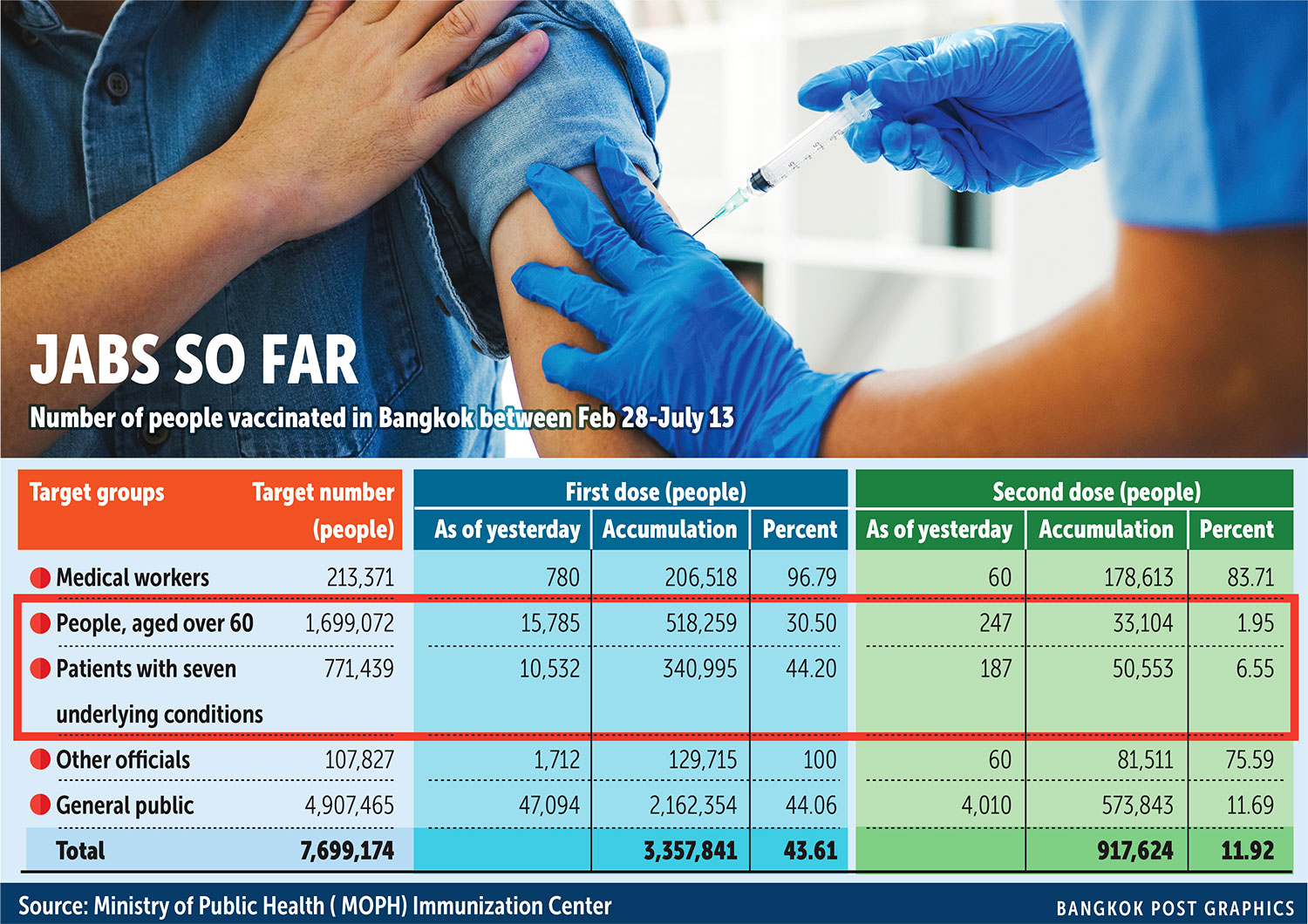 Drafted under Section 18 of the 2018 National Vaccine Security Act, the ministerial announcement was discussed at Wednesday's meeting of the NVC, chaired by Deputy Prime Minister and Public Health Minister Anutin Charnvirakul. The meeting was held at the Public Health Ministry.

The National Vaccine Institute (NVI) and the Department of Disease Control (DDC) have been assigned to review details of the announcement before they bring it back to the next meeting of the NVC, said Nakorn Premsri, director of the NVI.

"Both the NVI and the DDC, however, were also asked to negotiate with the AstraZeneca maker to seek a higher proportion of the vaccine for Thailand,'' said Dr Nakorn.

The NVC will deliberate the draft announcement again along with reviewing results of negotiations assigned to the NVI and the DDC at the meeting, which has yet to be scheduled.

"Prohibiting the export of all vaccines produced in the country is possible; but I think that would hurt neighbouring countries and other trade partners of AstraZeneca," said Dr Nakorn.

"What will happen if Thailand, on the other hand, happens to be a country desperately waiting for a vaccine and the other country that produces it suddenly decides to ban exports of the vaccine?" he said.

"We would be angry, which will end up shattering our relations with the countries affected," he said.

Mr Anutin says Thailand needs to have some empathy for its neighbours that are facing a similar Covid-19 crisis.

He was responding to recent calls by groups, including the Pharmacy Council of Thailand, for a ban on exporting the AstraZeneca vaccine to other countries.

Dr Nakorn said earlier that Thailand has been trying to negotiate for 10 million doses of AstraZeneca vaccine a month, the amount required to achieve its plan to reach herd immunity against Covid-19 through a mass vaccination programme.

Most recently, a letter was received from AstraZeneca with a commitment to supply Thailand with 5-6 million doses a month, which means the country has to try to find more supplies from other sources also.

Asked how much of the AstraZeneca vaccine was actually supplied to Thailand in recent months under the contract, Dr Nakorn said the vaccine maker sticks to its one-third rule, in which Thailand gets a third of its output, and the rest is exported. The company has entered supply contracts with various other countries in the region.

The actual amount of the vaccine produced isn't necessarily the same from time to time. It depends on the vaccine maker's production situation, he said.