The provincial communicable disease control panel said on Tuesday that infections were found at Wain noodle soup shop and the Tesco Lotus branch in Bua Yai. Investigators had yet to learn the source of the infections.

The noodle shop owner had developed a fever and a cough and later tested positive on Sept 10.  Investigators began tracking down people who were at risk.

A female employee at the Tesco Lotus store who ate at Wain noodles later suffered from muscle pain and a headache and she tested positive on Sept 10.

Checks found more people linked to both stores were also infected. At the noodle shop, there were a total of  nine people, members of the owner's family and employees. The boyfriend of an infected employee at the shop was also infected.

At the Tesco Lotus store, three employees were infected. The disease later spread to an infected employee's husband.

In total, 14  people from the noodle shop and the Tesco Lotus store have been confirmed infected, the announcement said.

District authorities closed both premises and continue tracking down people deemed at risk.

On Tuesday, Bua Yai municipality conducted mass testing of vendors at the municiple market, using antigen kits.  No infections were detected at the market on Tuesday. 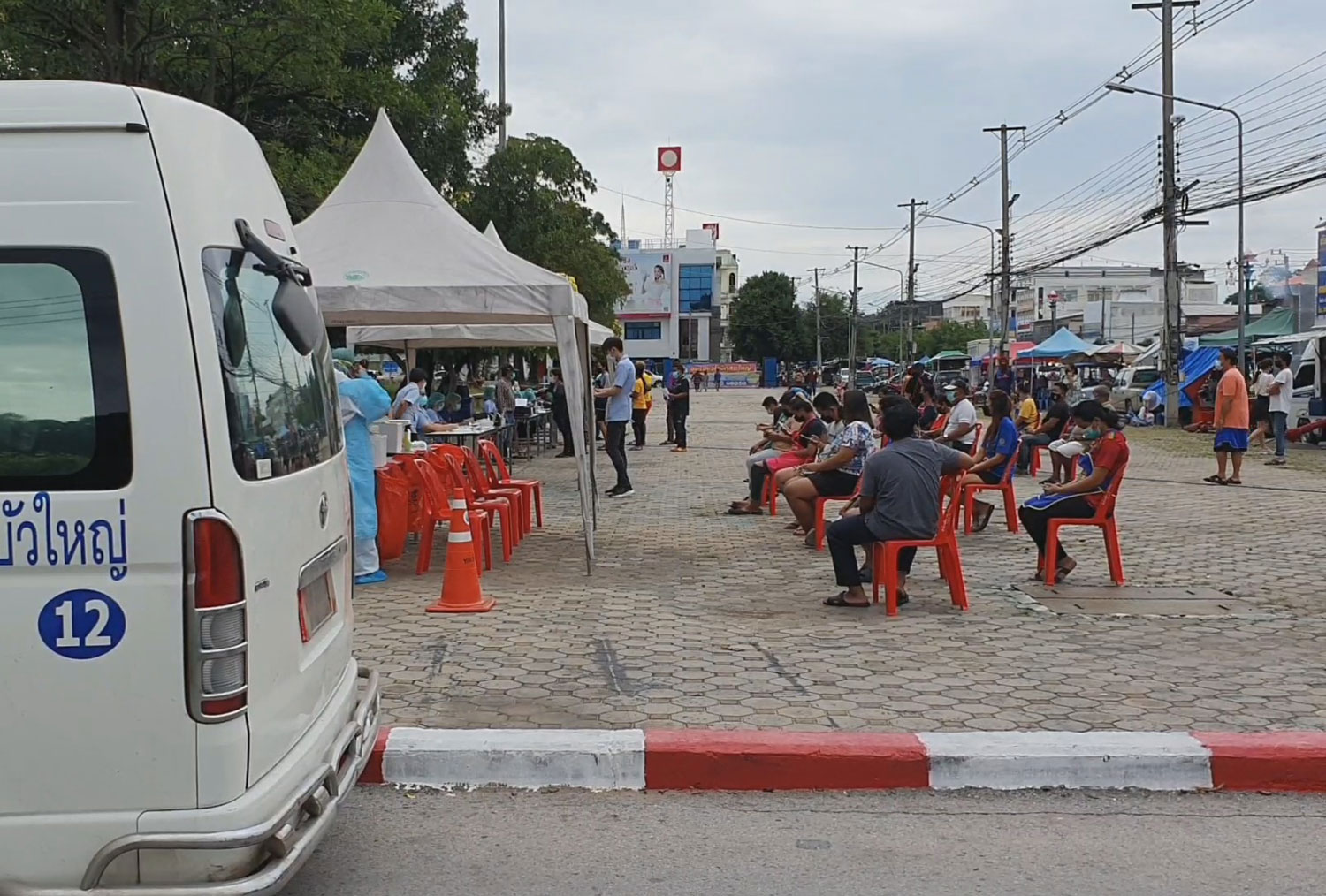