Don Mueang Airport says it is ready to cope with any downpours or floods, and has the capacity to drain out floodwater in three hours.

Thanee Chuangchoo, Don Mueang Airport director, said the airport can drain floodwater from runways, taxiways and the aircraft apron in the event of heavy rain.

He said the airport has prepared a drainage system with three ponds, which can contain one million cubic metres of water, a pump station to drain the floods to Premprachakorn canal on Vibhavadi Rangsit Road, and a pump station to the east to divert water to canals and roads.

He said the airport also has a plan to prevent flooding from nearby areas. It can close the barrier gate at Vibhavadi Rangsit Road, stock sandbags, and prepare backup power and pumps. 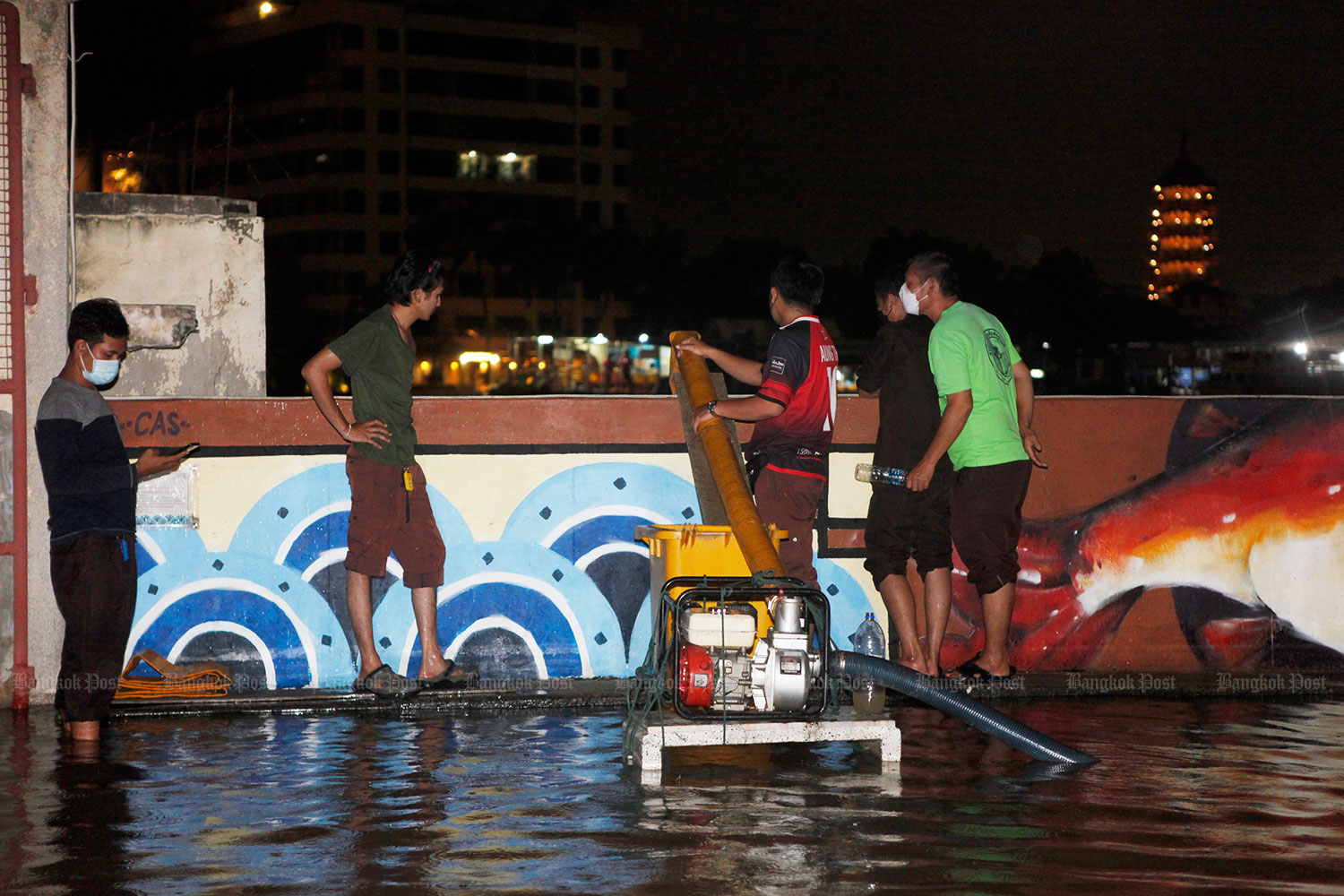 Return to sender: Locals in Samphanthawong district of Bangkok use a water pump alongside the Chao Phraya River to drain floodwater from a local shrine yesterday. (Photo: Nutthawat Wicheanbut)

The airport, he said, also has a traffic plan for floods and will liaise with other agencies and the private sector to maintain systems at the airport. The measures are designed to prevent a disaster similar to the major floods in 2011, when many provinces were hit, including Bangkok. Don Mueang Airport was affected by heavy floods then.

The Royal Irrigation Department, Department of Drainage and Sewerage and Meteorological Department are also being asked to monitor the water situation at the airport while a flood centre has been set up.

Kittipong Kittikachorn, director of Suvarnabhumi Airport, said the airport is also prepared for floods, as it is surrounded by a 3.5-metre ditch, stretching 23km to block floods. The airport has also secured six water retention basins and canals to contain 4-7 million cubic metres of water. Mr Kittipong said the airport also has eight pumps at two drainage stations in the south. Each can drain two cubic metres per second.