The number of new cases increased by 984 from the previous day and the death toll also went up by four, according to the data provided by the Centre for Covid-19 Situation Administration (CCSA) on Saturday.

On Friday, 5,666 Covid-19 patients were discharged from hospitals after recovering from the coronavirus.

As of Friday, 94.53 million of Covid-19 vaccines have been administered, with 67.8% of the eligible population having received one dose, 58.4% with two doses and 5.0% with a booster shot.

Bangkok saw six new deaths, up by two from the previous day. No new deaths were reported in the adjacent provinces of the capital.

The South saw 14 more deaths, up three from the previous day. Five of them were in Songkhla, two each in Nakhon Si Thammarat and Satun, and one each in Krabi, Trang, Pattani Ranong  and Surat Thani.

The North reported six more fatalities, up four from Thursday. They were in Chiang Mai (3) and one each in Phrae, Mae Hong Son and Tak.

The Northeast saw four new deaths, up one from the previous day. They were in Ubon Ratchathani (2) and one each in Nakhon Ratchasima and Udon Thani.

Of the 12 imported cases, one each were from the Netherlands, Mauritius, the United Kingdom, Malaysia and Myanmar, two each from Poland and Germany and three from Cambodia. By nationality, they were  two Germans, a Dutchman, a Canadian, a Polish, a Mauritian, a British citizen, a Myanmar national who entered illegally and four Thai returnees.

On Friday, 72,954 people were being treated for Covid-19 in hospitals, including 1,299 seriously ill patients and 330 on ventilators. 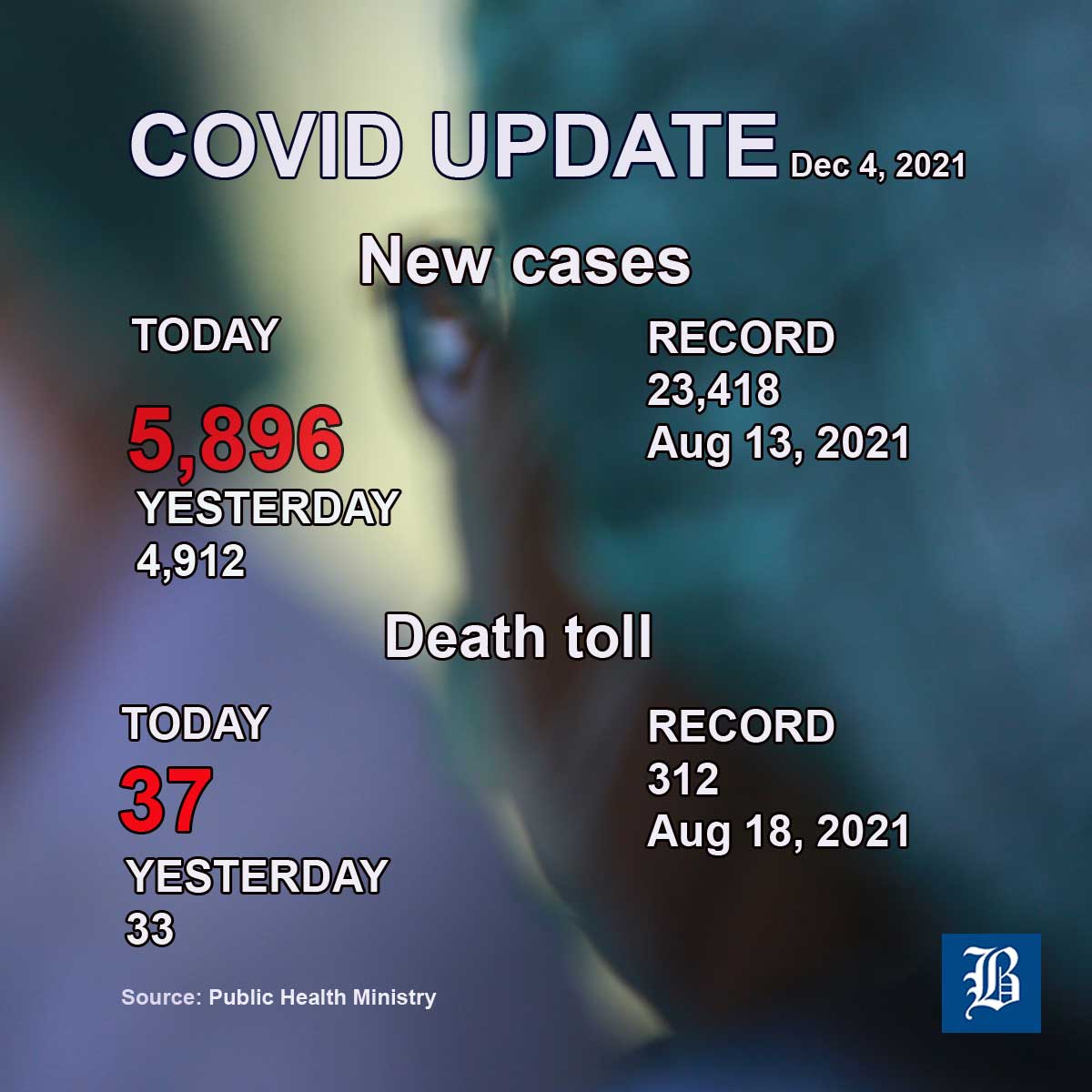