But BMA axes its own city events

The private sector will still be allowed to host New Year countdown festivities under strict precautions while City Hall has decided to cancel all events it had planned to mark the New Year in Bangkok amid fears of a surge in Omicron cases.

National Security Council secretary-general Gen Supoj Malaniyom, in his capacity as head of operations at the Centre for Covid-19 Situation Administration (CCSA), said the CCSA is permitting the private sector to proceed with its plans but they must seek permission first.

"City Hall and authorities in other provinces will have to enforce strict compliance with the precautions prescribed by the Public Health Ministry," Gen Supoj said.

City Hall's decision to cancel its activities has nothing to do with the CCSA's policy, Gen Supoj said.

Deputy Bangkok governor Kriengyos Sudlapha said yesterday the Bangkok Metropolitan Administration (BMA) agreed that axing all official events it had planned for the New Year in the capital was the safest option. 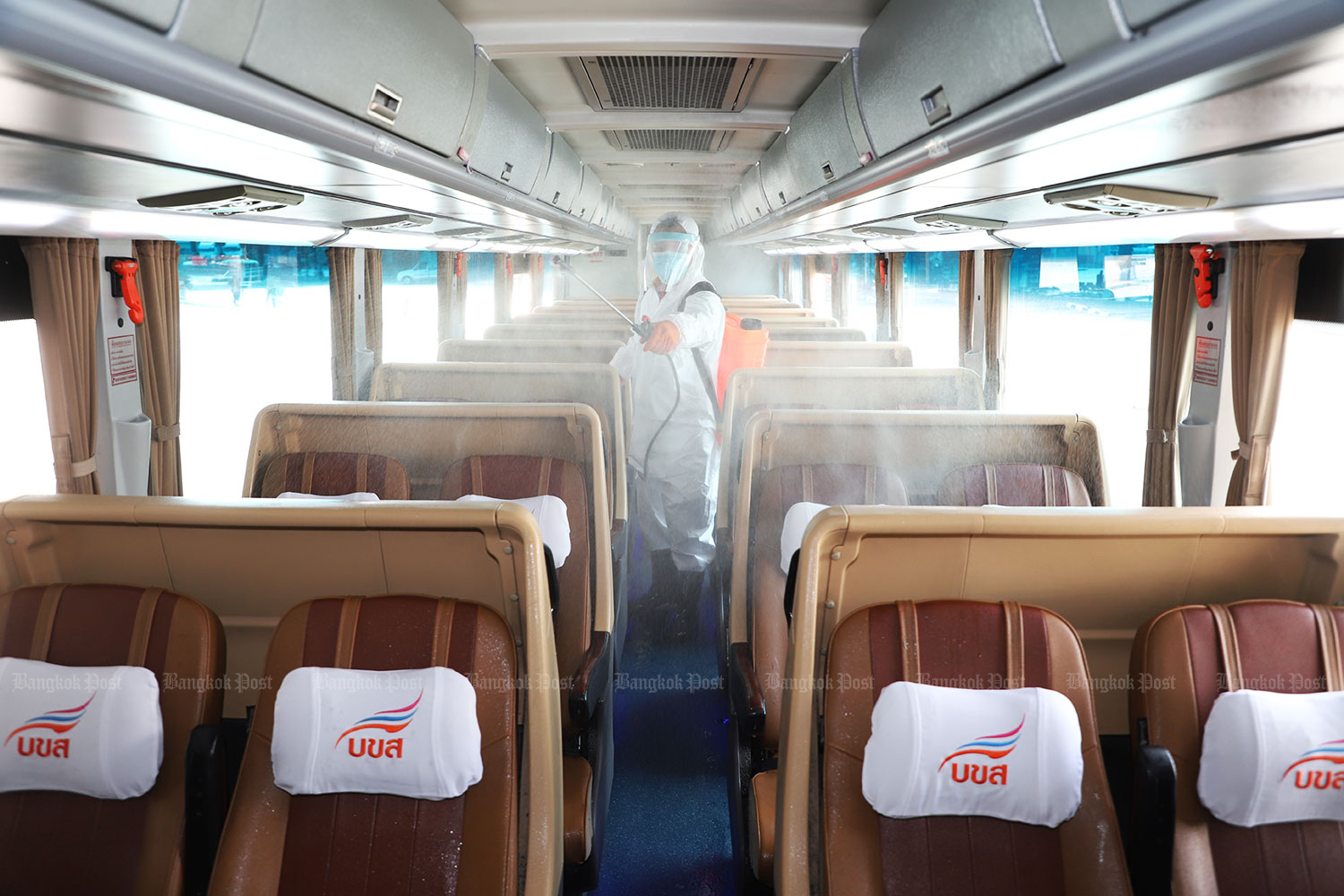 Spray safe: A worker from the Department of Health sprays disinfectant on a bus at Mo Chit Bus Terminal ahead of the New Year festivities. (Photo: Nutthawat Wicheanbut)

He said the BMA took into account the rapid rise in new infections linked to the Omicron variant, and heeded advice from the World Health Organization that countries should put their New Year holiday celebrations on hold.

City Hall had planned an overnight prayer ceremony as a New Year countdown event, as well as a morning alms-offering to monks on New Year's Day at Larn Khon Muang -- City Hall's public ground near the Giant Swing. They are now cancelled.

At least two major New Year countdown parties remain on the calendar in Bangkok -- one at Iconsiam and the other at CentralWorld.

Mr Kriengyos said all private gatherings approved by City Hall would be allowed to continue, but he urged organisers to respect the BMA's and the government's disease control guidelines.

Organisers must screen and limit the number of participants while revellers must wear masks and maintain physical distancing, he said.

"We will not ban those events, but we are seeking their cooperation," he said.

"The guidelines set by the Public Health Ministry must be strictly followed."

He advised people to avoid large gatherings during the holiday period.

There have been 104 confirmed cases of the Omicron variant in Thailand since the first was detected on Dec 6, according to the CCSA.

Earlier, it was estimated event organisers would earn over 4 billion baht in the fourth quarter.

"Due to the outbreak of the new variant, we believe most retail operators have prepared virtual countdown events, but the impact of [these] on the economy is much less than physical events," he said.

Of those, 2,887 were among the general public and 53 among prison inmates.