Anutin: Not waiting to take action

The Public Health Ministry will on Friday propose tougher government measures to curb the latest coronavirus outbreak posed by a rapid increase of Omicron infections.

The proposal, which is up for consideration by the Centre for Covid-19 Situation Administration (CCSA), includes tightening the quarantine system and banning alcohol consumption in restaurants.

Anutin Charnvirakul, deputy prime minister and public health minister, said his ministry has stepped up measures to fight the outbreak.

The CCSA will be asked to ban alcohol consumption -- which is considered a risk factor in the spread of the virus -- in areas with severe infections and review outbreak zoning based on a colour-coded system to identify provinces hit by the latest outbreak, he said.

Moreover, all returnees and arrivals from abroad will be quarantined, the minister said.

"We will not wait seven to 10 days for an actual number of infections to emerge after the festive holiday [before taking action]," Mr Anutin said.

"However, the number of deaths will be low due to large numbers of people already getting vaccinated," he added. "We will evaluate the situation before making a decision on whether to shutter some activities."

The Public Health Ministry decided to raise the nation's Covid-19 alert level from 3 to 4 after new coronavirus infections jumped to 5,775 over the previous 24 hours yesterday from 3,899 the day before. 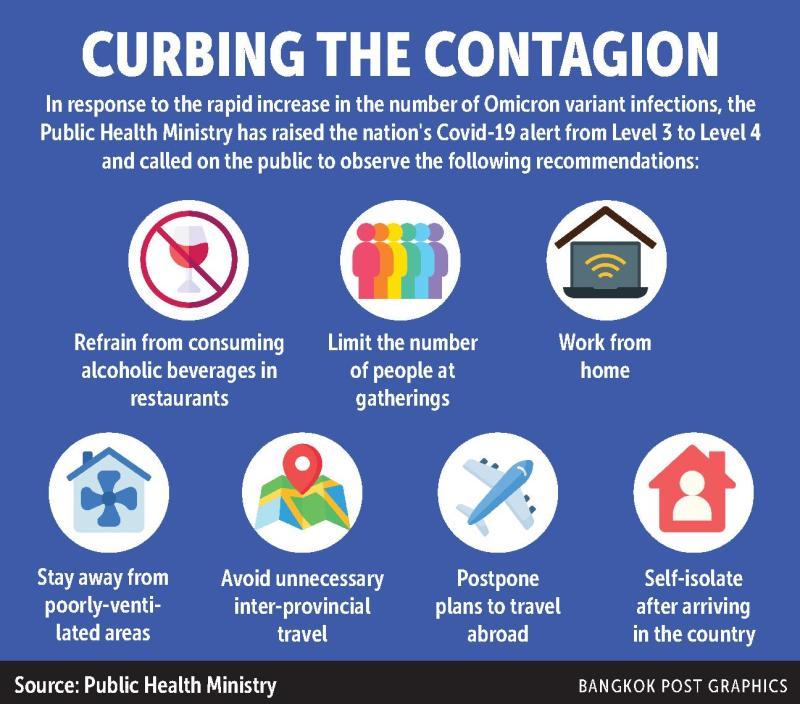 "We are seeing a fast outbreak this time," he said. "There are several provinces that have (multiple new daily cases), including 769 cases in Chon Buri and 454 in Bangkok."

"So we do need to raise the warning to level 4," Dr Kiattiphum said.

Opas Karnkawinpong, director-general of the Department of Disease Control, said new infections could surpass 10,000 a day, based on the rise in infections reported yesterday.

People are strongly advised to postpone non-essential trips to other provinces and countries, Dr Opas said.

"Public transport should be avoided for [non-essential] interprovincial trips," he said.

Gen Supoj Malaniyom, head of operations at the CCSA and secretary-general of the National Security Council, said he will present a raft of measures during Friday's CCSA meeting, including travel curbs and home and community isolation.

Sanan Angubolkul, chairman of the Thai Chamber of Commerce, said he would disagree if the government decided to introduce lockdowns again.

"The Thai Chamber of Commerce disagrees if the government reimposes lockdowns on all activities in the country," Mr Sanan said. "Any more lockdowns will not only cause a huge damage to the economy, but will also dampen public confidence." 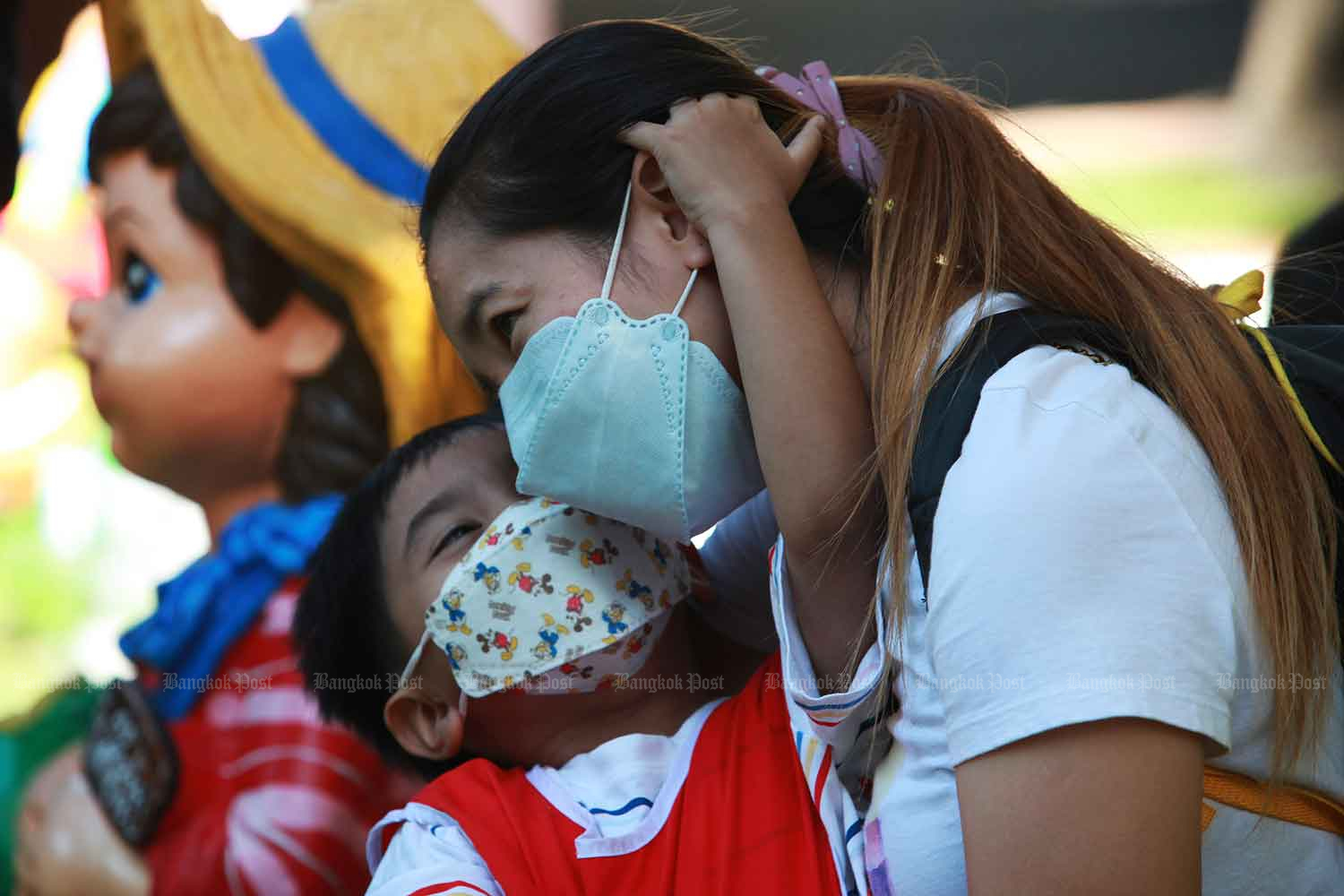 Child’splay: A boy plays with his mother at the Rajanukul Institute which is organising a campaign to boost mental health development for mentally challenged children who are cared for by the institute. The campaign coincides with National Children’s Day tomorrow. (Photo: Apichart Jinakul)

"Several sectors have just regained their hope of restarting and are going ahead with their businesses this year, and people are resuming their normal lives," he said. "Any further lockdown would put the country back at square one."

He said most people in Thailand have been vaccinated and the country's public health system can handle new patients.

Mr Sanan said the government should step up measures to contain the disease in at-risk provinces, such as increasing hospital beds for severe cases and bringing back home and community isolation.

The private sector is also ready to enforce the bubble-and-seal system for facilities hit by infections, he said, adding the private sector has agreed for staff to work from home for at least two weeks to curb transmission.