Chon Buri continued to be in the spotlight as it led all provinces in new infections for the ninth consecutive day.

The Centre for Covid-19 Situation Administration (CCSA) said the eastern province registered 921 cases, ahead of 669 in Samut Prakan and 598 in Bangkok.

The provincial public health office in Chon Buri said the hotspot was still in Bang Lamung district where 477 new infections had been detected, followed by 129 cases in Muang district. The Bang Lamung figures included cases found in Pattaya and the concentration of new transmissions in Muang district were in tambon Saensuk, the location of popular Bang Saen beach, it added.

"People should avoid crowded places and entertainment activities that draw a large number of attendants," the office said.

Of the total 8,511 new Covid-19 cases, 8,141 were in the general population and 20 among prison inmates. No details on the 350 imported cases were provided by the CCSA. 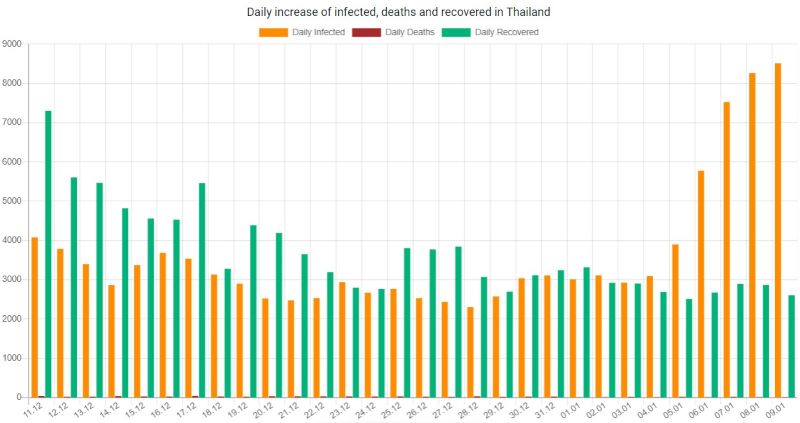 The 12 new fatalities were aged between 29 and 93 years old, including one Chinese citizen and one person whose nationality could not be identified.

Chiang Mai had the most new deaths – three -- while two each were logged in Mae Hong Son and Roi Et.

A single fatality was recorded in each of Ubon Ratchathani, Satun, Chon Buri, Lop Buri and Saraburi.

No deaths were recorded in Bangkok and its adjacent provinces.

On Saturday, 53,858 people received Covid-19 treatment at hospitals, including 484 seriously ill patients and 113 dependent on ventilators.

On Saturday, 2,605 Covid-19 patients were discharged from hospitals after recovering from the coronavirus.

The vast majority of the Covid cases and deaths have occurred since April 1 last year when the third wave of Covid-19 began.

The death toll stood at 21,731 during the third wave and 21,825 since the beginning of the pandemic. 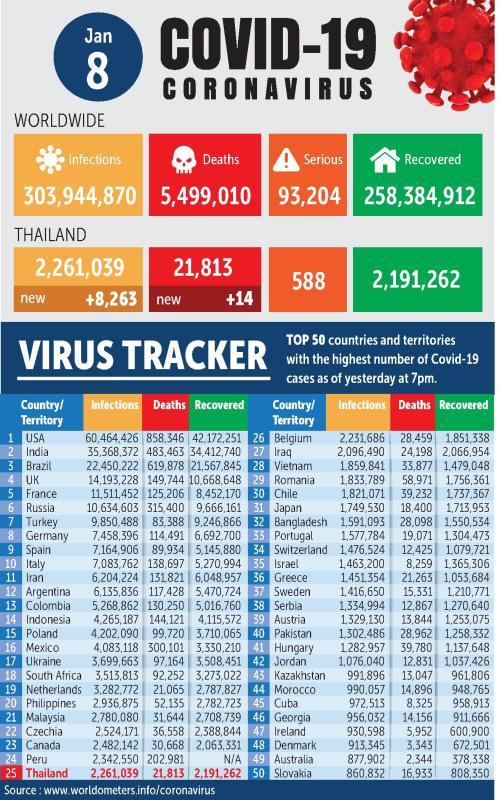