A man collects his medicine from a dispensing machine at Rajavithi Hospital on Tuesday as the 'Outpatients under Self-Isolation' system is being offered to people with Covid-19 who have mild or no symptoms. (Photo: Somchai Poomlard)

The Public Health Ministry sought public understanding about the newly launched Outpatient under Self-Isolation service on Tuesday as it manages the transition of Covid-19 to an endemic disease.

It expects the new service will replace home isolation in most cases.

Dr Kiattiphum Wongrajit, the ministry's permanent secretary, said 95% of cases are now either asymptomatic or mild, meaning there is no need for most people who are infected to receive medical treatment at hospitals.

As such, the ministry aims to introduce the new service and make it mainstream, he said.

Dr Kiattiphum said the lack of information in previous stages of the pandemic made it necessary for those infected to be hospitalised, but the authorities have since adapted to the changed environment under the previously-prevalent Delta and now-dominant Omicron variants. 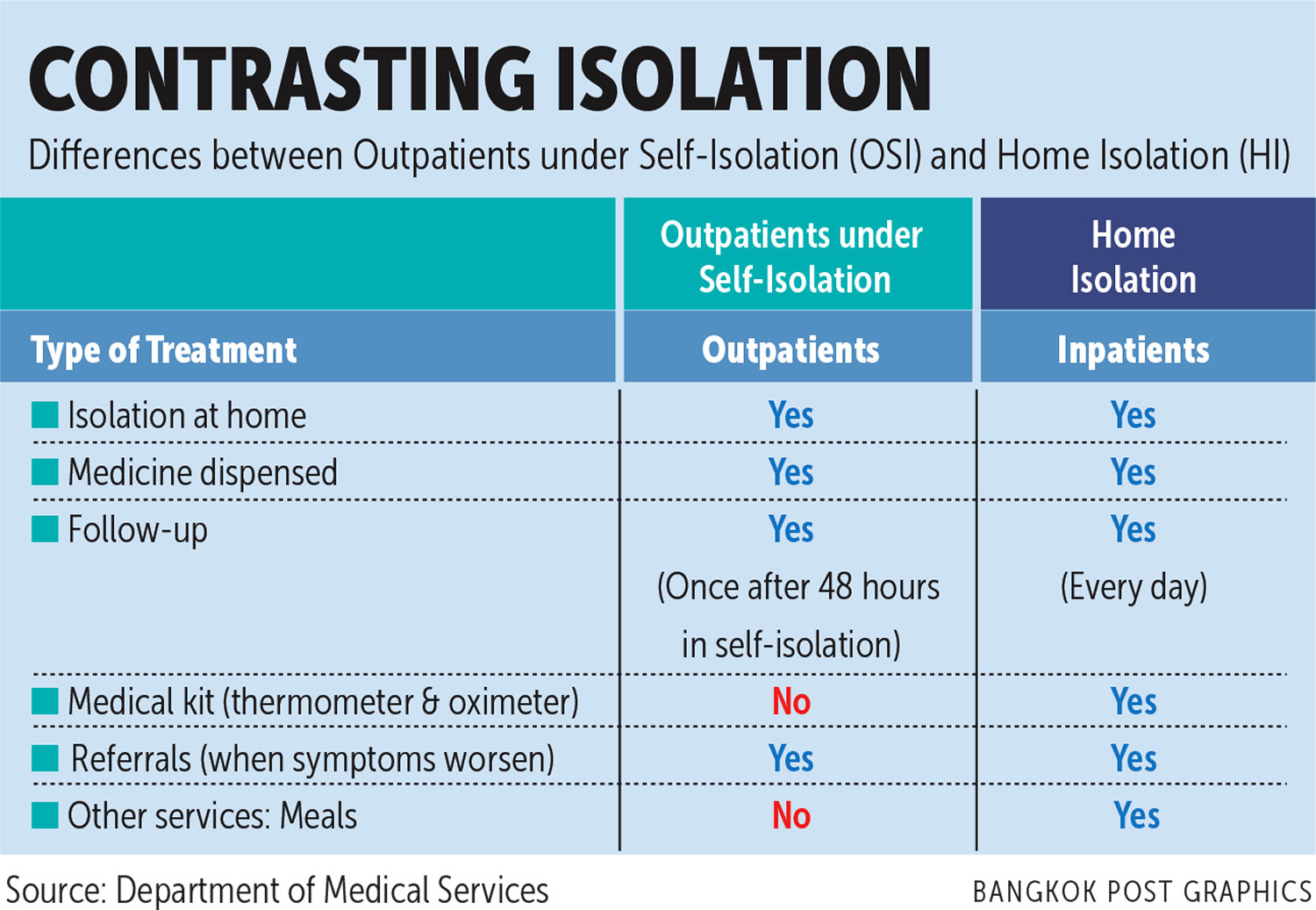 "We need people to change their mindset when it comes to the right medical treatment for Covid-19 as an endemic disease," he said.

The ministry is now in the process of shifting its status, partly to reduce the government's financial burden, he noted.

Over 130 billion baht has already been spent on treating over 2 million infected people since the outbreak began two years ago.

Soon, the patients will bear these costs through such schemes as the 30-baht healthcare universal package or their insurance company, as is the case with other diseases, Dr Kiattiphum said.

According to the ministry, the Outpatient under Self-Isolation service differs slightly from the Home Isolation (HI) system, which is suitable for asymptomatic patients or those with only mild symptoms and no additional risk factors.

Under this service, patients will get prescription drugs depending on their condition, a transfer between facilities, and a one-time follow-up call within 48 hours.

The cost of food and medical tools is not included, however.

They should stay at home for seven days and monitor their symptoms, applying two ATK tests during that period.

Dr Somsak Akkasilp, chief of the Department of Medical Services, said the service is an extra option, but the Home Isolation and Community Isolation schemes remain active.