An air force F-16 crashed in Chatturat district of Chaiyaphum province in the Northeast on Tuesday afternoon. The pilot ejected safely.

The plane was on a training flight. It crashed to the ground about 1.40pm. The 31-year-old pilot, Flt Lt Pakorn Pisitsart, was able to eject to safety, AVM Prapas said.

A search and rescue team was sent to the area to assist the pilot and secure the crash site.

People were asked not to approach the plane's wreckage.

Worasit Phutjeep, chief of Chatturat district, said the pilot landed about one kilometre from the crash site and sustained a broken arm.

The crash site was in a field in Moo 1 village of tambon Nong Bua Yai about five kilometres from a community, he said.

He quoted villagers as saying that the jet wobbled before crashing. 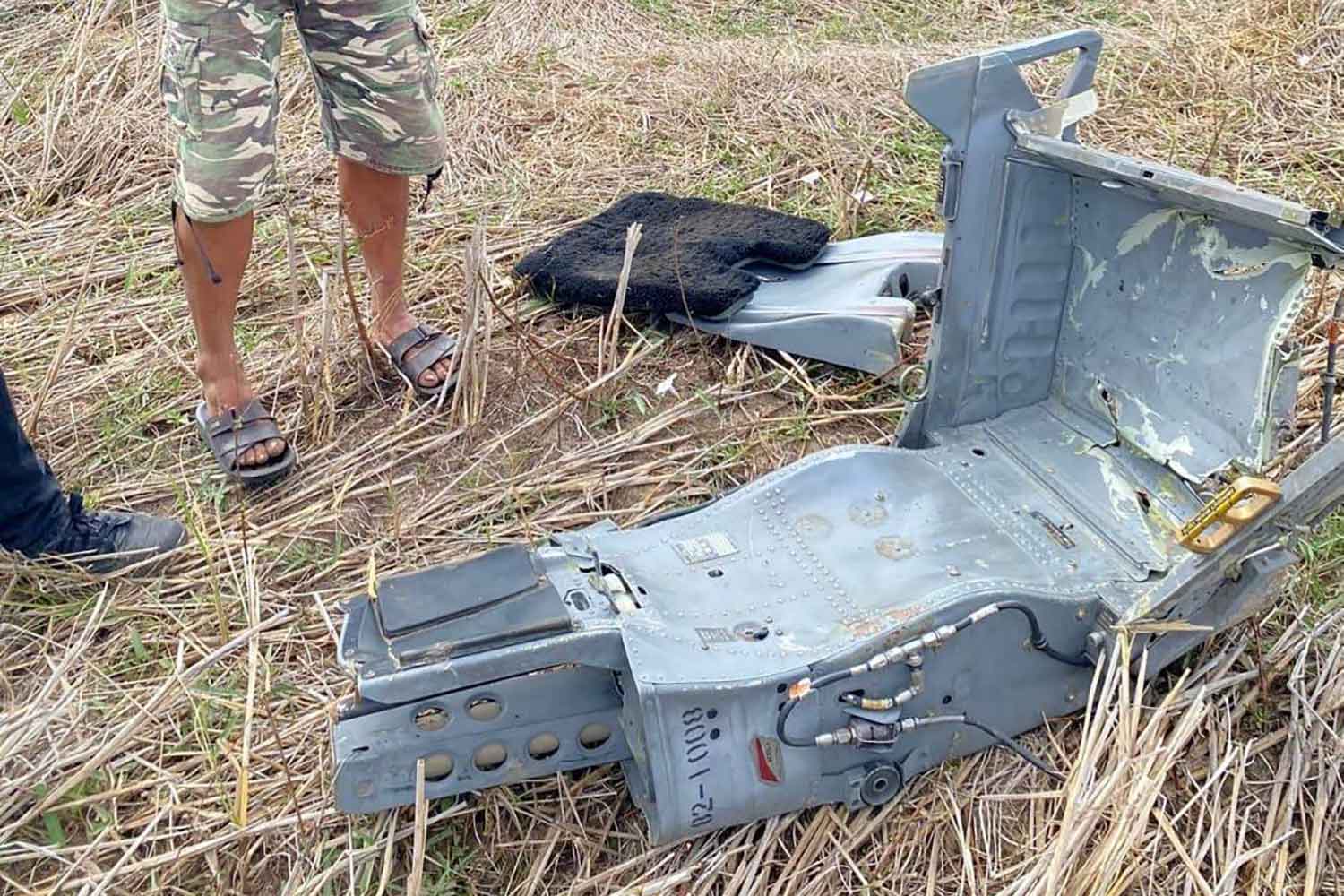 An ejected pilot seat is found about one kilometre from the crash site in Chaiyaphum province on Tuesday. (Photo: Makkawan Wannakul)