People having a drink at a bar look across the Chao Phraya River at the Temple of Dawn, or Wat Arun, on Thursday. The country eases more restrictions to boost the economy. (Photo: AFP)

The country registered 25,804 more Covid-19 cases and 87 new fatalities, the highest in the fifth and current wave, during the previous 24 hours, the Public Health Ministry announced on Saturday morning.

Saturday's figures did not include 16,658 positive results from antigen tests over the past 24 hours. This would raise the total to 42,462.

This compared with the 80 coronavirus-related fatalities and 27,071 new cases reported on Friday morning.

The Centre for Covid-19 Situation Administration (CCSA) reported on Saturday afternoon that the latest 87 fatalities were between the ages of two and 98 years with the average age of 70. There were 48 men and 39 women. By nationality, there were 83 Thais, one Swedish national, two Myanmar nationals and one with unknown nationality.

Bangkok reported 15 new fatalities while 10 other deaths were in adjacent provinces - four each in Samut Prakan and Samut Sakhon and one each in Nakhon Pathom and Pathum Thani.

The North had 5 new deaths – two in Tak and one each in Phra, Kamphaeng Phet and Phayao.

The South logged 21 new fatalities – four in Surat Thani, three each in Phatthalung and Pattani, two each in Phangnga, Krabi, Satun and Songkhla and one each in Chumphon, Nakhon Si Thammarat and Yala.

Other central plain provinces further from the capital saw 18 more deaths – four in Ratchaburi, three in Suphan Buri, two each in Ayutthaya, Kanchanaburi and Saraburi and one each in Nakhon Sawan, Phetchaburi, Prachin Buri, Chon Buri and Rayong. 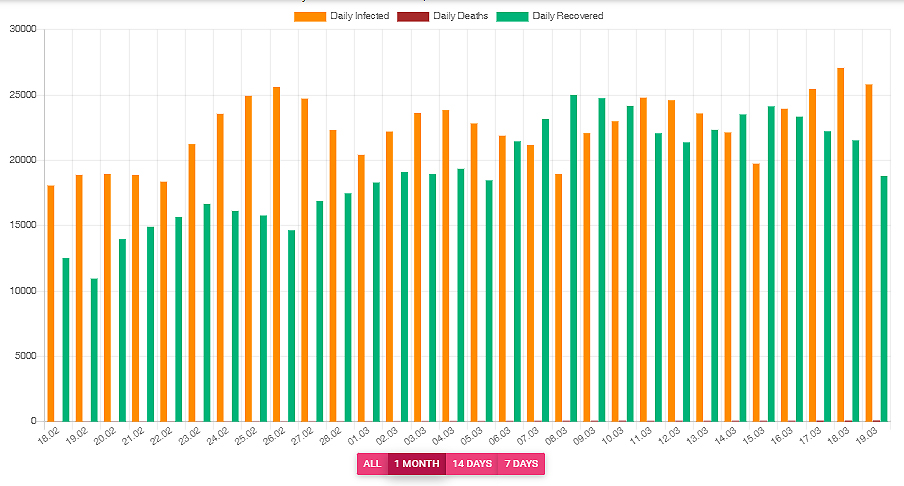 There were 25,721 new cases in the general population, 57 among prison inmates and 26 imported ones.

Of the new infections in the general population, 25,559 were confirmed at hospitals and 162 via mass testing.

The 26 imported cases came from 18 countries and included three each from Singapore and Austria and two each in France, Myanmar, Malaysia and the United Kingdom.

The 24-hour period also saw 18,801 patients discharged from hospitals after recovering from the coronavirus.

Vaccinations continued to progress, with 127,06 million doses administered as of Friday. 78.8% of the population have now received at one dose of the vaccine, 72.0% have received two shots and 31.9% a booster dose, according to the CCSA.

Over the past seven days, South Korea had the most cases of 2.83 million, followed by Germany with 1.54 million cases, Vietnam with 1.23 million cases and France with 576,494 cases.

The accumulated death toll stood at 24,162 since the beginning of the pandemic. 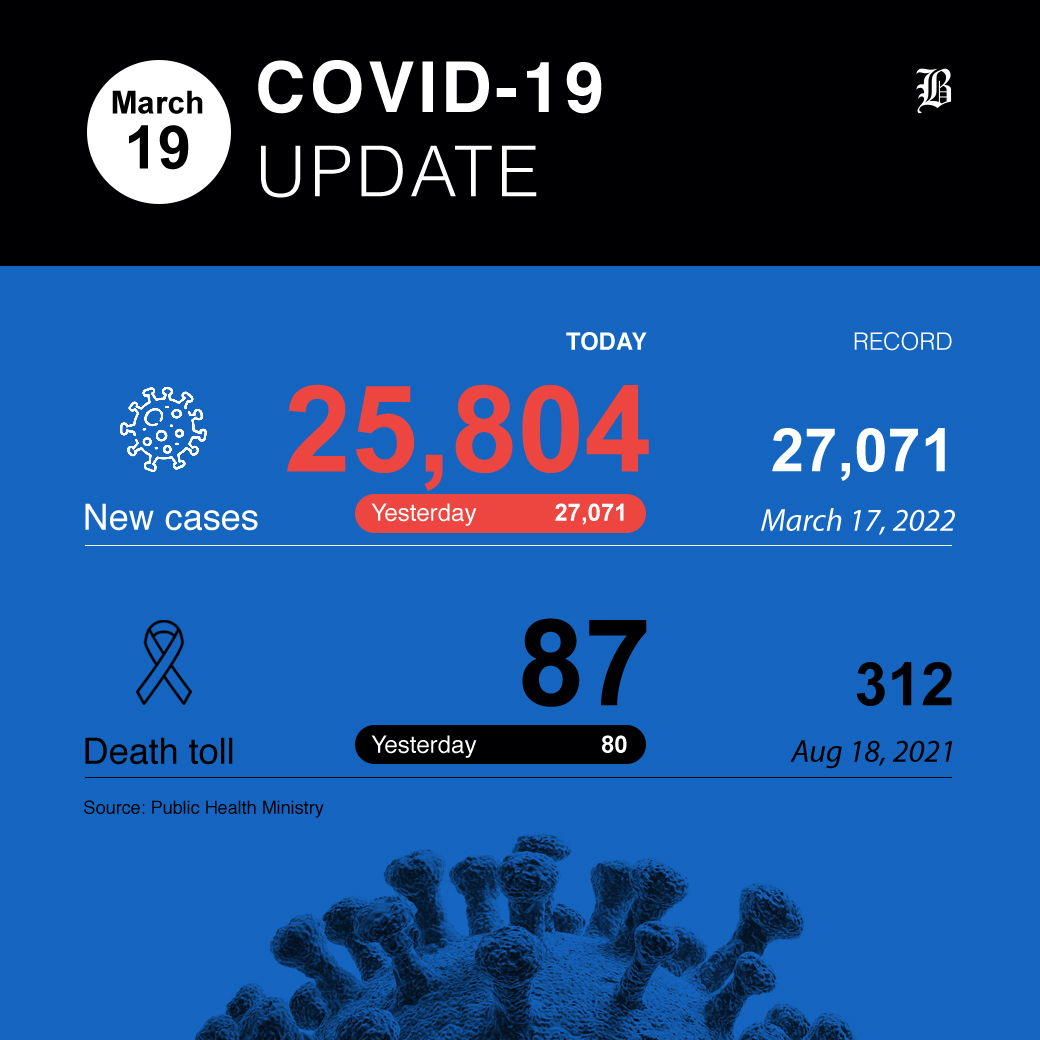