Deltacron on the move
Thailand
General

Deltacron on the move

A boy is inoculated against Covid-19 during a vaccination programme offered to children in Nonthaburi province on Tuesday. (Photo: Pattarapong Chatpattarasill)

Thailand on Wednesday reported 73 cases of the Deltacron variant, a hybrid of the Delta and Omicron strains of the new coronavirus, and all patients had fully recovered, according to the Department of Medical Sciences (DMS).

DMS director-general Supakit Sirilak said Deltacron was found in the ministry's weekly genomic sequencing and the discovery was submitted to Gisaid, an international genomic database.

"The full genome sequencing showed the 73 cases fit the profile of Deltacron. This usually happens when the Delta and Omicron variants are spreading. The samples weren't from the past one to two weeks and most were from December last year and January this year, when the two variants were spreading," he said.

All the patients had made a full recovery, he said.

According to Dr Supakit, the World Health Organization (WHO) was monitoring the Deltacron strain and there was no evidence to suggest it was more contagious, could cause more severe disease, or could evade immunity. 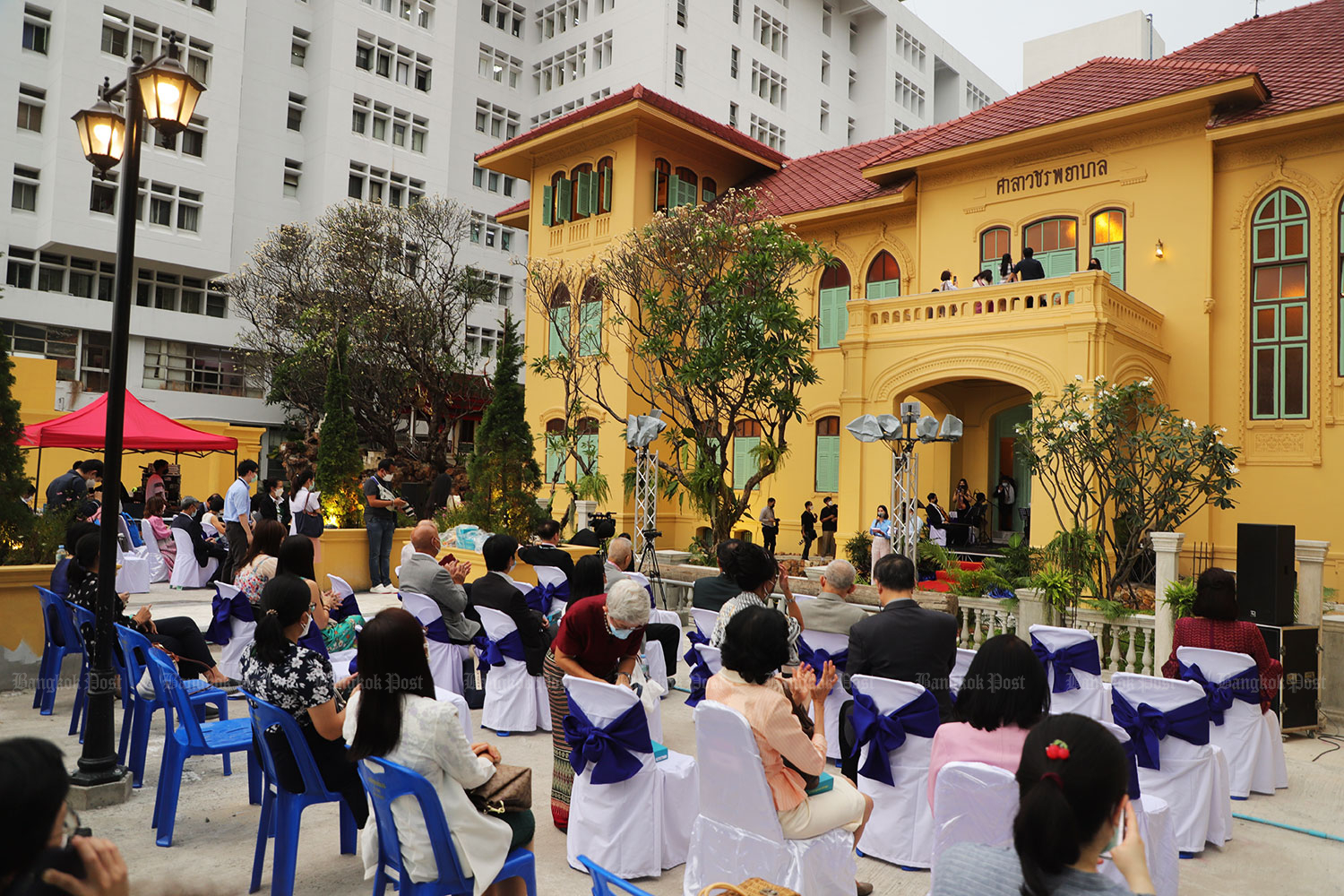 Still going strong: Guests take a seat at the event commemorating the 110th anniversary of Vajira Hospital. The celebration was held at the heritage building commissioned by the order of King Rama VI. It is one of the oldest hospitals in the country. (Photo: Pornprom Satrabhaya)

More than 4,000 cases of Deltacron had been submitted to Gisaid, including the 73 from Thailand.

"There's no need to panic. If cases of the Delta variant drop further, the chances of the two strains combining also falls. However, if Deltacron is highly transmissible, it may replace Omicron. But there is no sign of that and there is no information about its virulence," he said.

He said the genomic sequencing of almost 2,000 samples from March 12-18 showed that almost 100% of cases were infected with the Omicron variant, with one case found to be Delta.

Of those samples, 406 were infected with the original BA.1 strain of Omicron while 1,479 were BA.2 (Deltacron). No cases of a third sublineage, BA.3, were found in Thailand.

He said the number of BA.2 cases was expected to increase but there was no information to suggest the strain would cause more severe symptoms.

He said 22 patients were also found to have contracted the BA.2.2 subvariant of Omicron and 61 others were found to be infected with the BA.2.3 strain.

Dr Supakit emphasised the need for recipients of full doses of vaccines to get a booster shot because Omicron appeared to evade immunity.

Meanwhile, the Influenza Foundation (Thailand) said on Wednesday vulnerable groups could receive vaccinations against Covid-19 and flu on the same day.

Dr Thawee Chotpitayasunondh, the foundation chairman, told a seminar that patients were likely to suffer more severe symptoms if they were co-infected with Covid-19 and flu.

He said getting Covid-19 and flu shots could provide better protection and they can be administered on the same day, adding that side effects were rare.

Dr Thawee said antigen testing should be conducted when necessary such as after having Covid-like symptoms or being in close contact with infected individuals.

He said when the Covid-19 pandemic is classified as an endemic disease, antigen testing should be reserved for those with symptoms only.

Dr Terapong Tantawichien, a doctor at the faculty of medicine, Chulalongkorn University, said antigen test kits could also be used to screen Covid-19 patients from flu patients as the symptoms are similar.

He said flu shots were necessary to protect at-risk groups and that this year's flu vaccinations were expected to begin in May.