A woman takes a rest while waiting for her bus home at Mor Chit terminal in Bangkok on April 9, 2021, ahead of the Songkran festival. (Photo: Pattarapong Chatpattarasill)

Prime Minister Prayut Chan-o-cha has instructed provincial governors to devise measures to contain Covid-19 over Songkran as health officials warned daily caseloads could top 100,000 after the festival unless precautions are taken.

People have been urged to strictly follow precautions particularly when they visit their elderly relatives and take part in family gatherings.

Family activities should be held in well-ventilated areas and participants should take an antigen test before participating.

Most importantly, elderly people must be fully vaccinated ahead of the festival to avoid the risk of getting infected, the spokesman said, adding public festivities must be held in line with Covid-19 Free Setting guidelines.

Dr Suwannachai Wattanayingcharoenchai, director-general of the Department of Health (DOH), said the Public Health Ministry has forecast that daily infections could hit 100,000 after Songkran unless measures are taken.

According to the Department of Disease Control (DDC), this milestone could be reached by the middle of next month in the worst-case scenario.

The DDC said the most optimistic outlook is one where these precautions are fully implemented, in which case daily infections would taper off to around 20,000 from the middle of this month.

In a less optimistic outlook, daily caseloads may rise to 50,000 ahead of Songkran.

In the worst-case scenario, with precautions used sparingly, infections may spike to 100,000 a day until the middle of April, said the DDC.

Somchai Tukaew, director of the DOH's health impact assessment division, said Songkran will be allowed to proceed partly because more than 70% of Thais have been vaccinated while the symptoms caused by the virus are becoming less severe.

Restrictions have been gradually relaxed under a plan to downgrade the Covid-19 pandemic to endemic status, he said.

However, the DOH has advised at-risk groups including the elderly and those with underlying health problems to get booster shots at least seven days ahead of Songkran.

After Songkran, returnees from their home provinces are advised to monitor themselves for up to 10 days.

If they develop any suspicious symptoms, they must take an antigen test and avoid meeting people, Mr Somchai said. 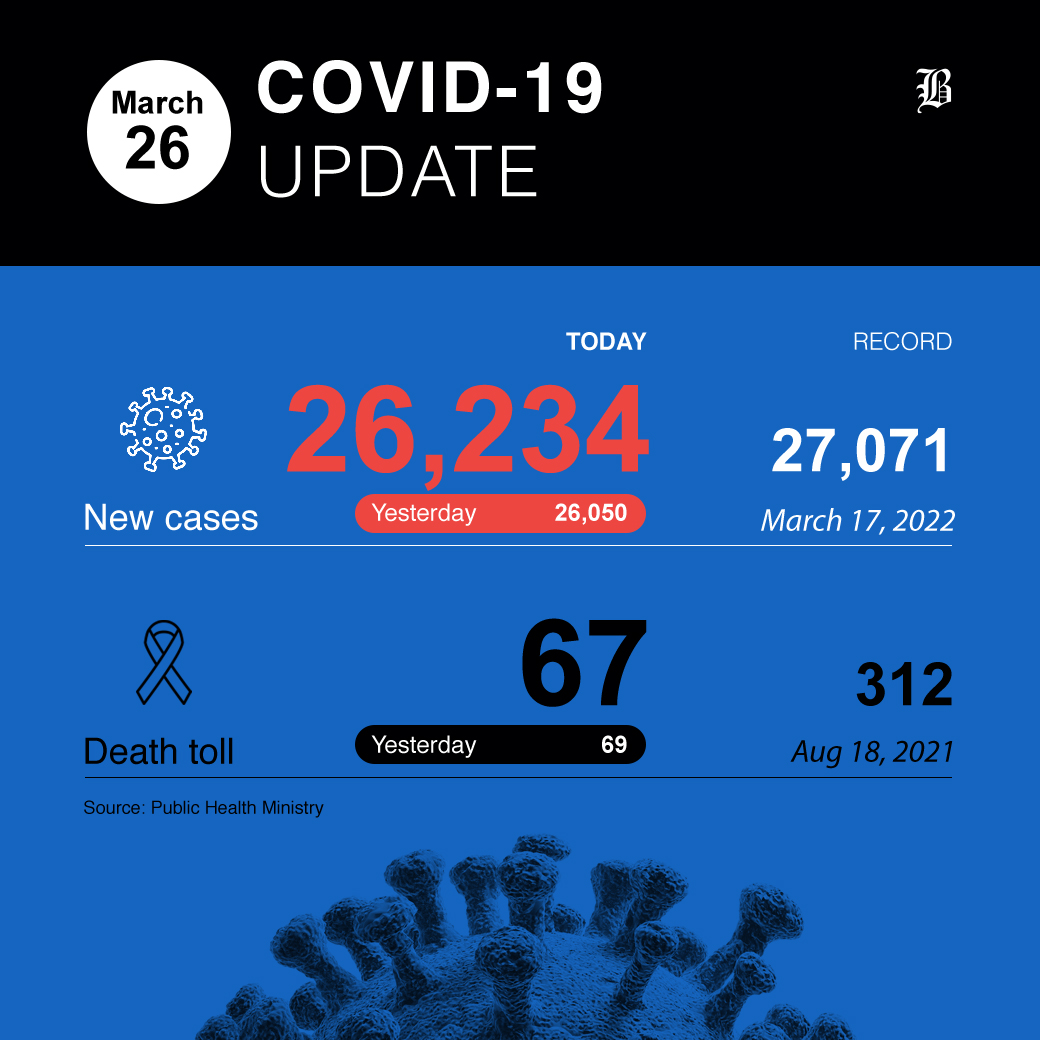