A boy is vaccinated against Covid-19 in Nonthaburi province early this month. (Photo: Nutthawat Wicheanbut)

New Covid-19 cases declined for the fifth consecutive day, the government announced on Tuesday morning. The daily caseload of 3,893 - down 1,345 from the day before - was the lowest since Jan 4th, before the Omicron wave of the coronavirus pandemic began.

A further 2,945 positive results came from antigen tests over the previous 24 hours, which would raise the total to 6,838.

The 24-hour death toll was 38, down sharply from the previous day's 54 and below 50 for the first time since early March.

Of the seriously ill patients, Bangkok had the most cases at 121, followed by 76 in Nakhon Ratchasima, 62 in Ubon Ratchathani, 55 in Udon Thani and 46 in Suphan Buri.

The Centre for Covid-19 Situation Administration (CCSA) said the 3,893 new Covid cases included 3,886 in the general population and four among prison inmates. Just three infections were found in new arrivals from other countries - Japan, Vietnam and the Philippines.

Of the new infections in the general population, 3,860 were confirmed at hospitals and 26 via mass testing. 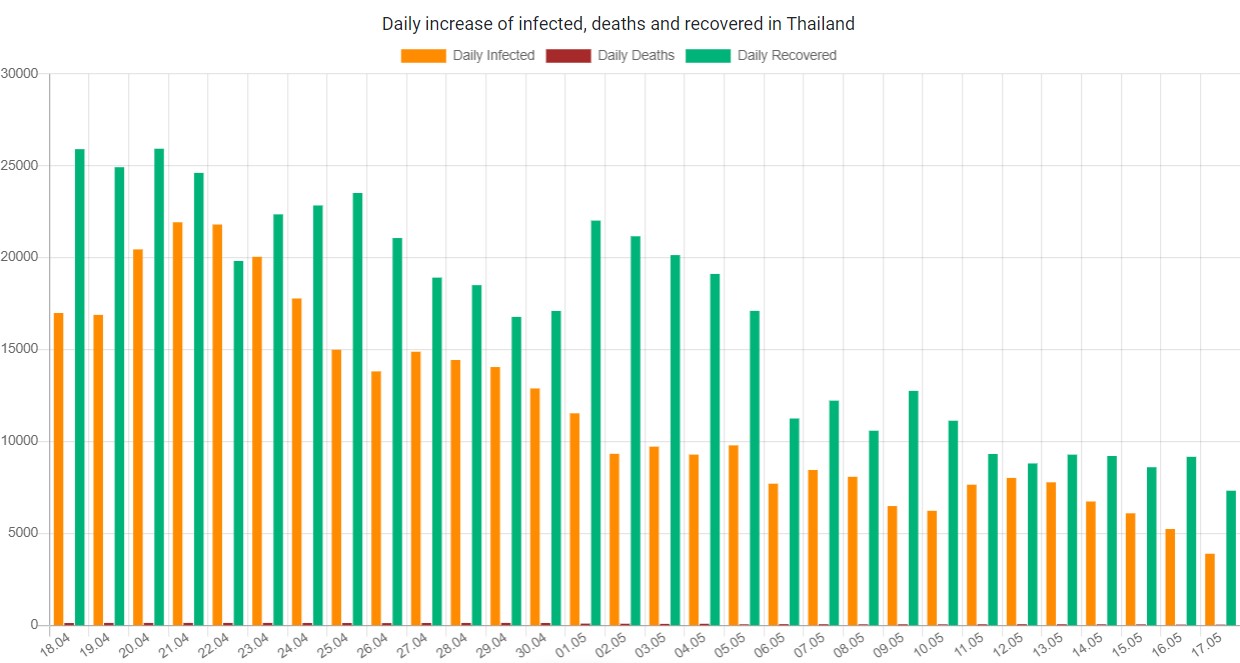 According to the CCSA, the 38 people who died were aged from 11 months to 95 years.

Bangkok logged three new deaths and there were no new fatalities in adjacent provinces.

Other central plains provinces further from the capital had eight deaths - two in Phetchaburi and one each in Kanchanaburi, Chon Buri, Uthai Thani, Nakhon Sawan, Lop Buri and Sing Buri.

The North reported seven deaths - three in Nan, two in Lampang and one each in Chiang Mai and Kamphaeng Phet.

The South had one death in Surat Thani.

The accumulated death toll stood at 29,550 since the beginning of the pandemic, including 7,852 so far this year. 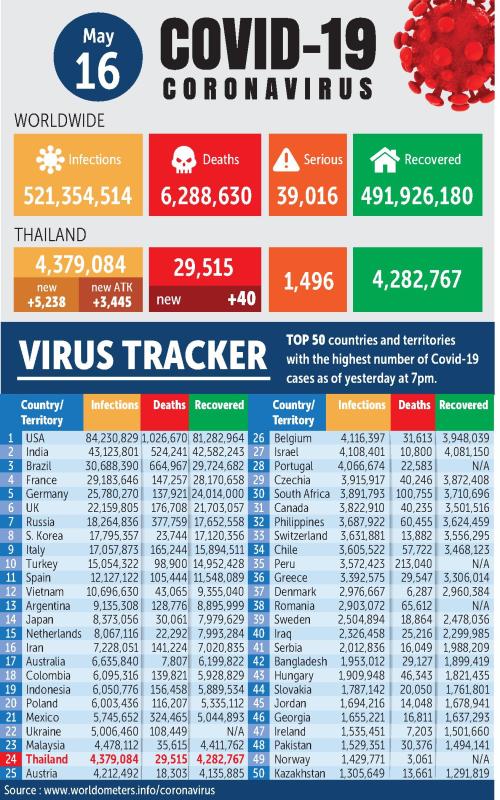