The country registered 36 more Covid-19 fatalities and 4,144 new cases during the previous 24 hours, the Centre for Covid-19 Situation Administration (CCSA) announced on Tuesday.

This compared with the 29 coronavirus-related fatalities and 4,099 new cases reported on Monday morning.

However, the new case numbers announced Tuesday did not include 2,785 positive results from antigen tests over the previous 24 hours, which would raise the total to 6,929.

According to the CCSA, the 36 people who died were aged from 30 to 95 years, with amost half that number in the northeast.

Three fatalities were logged in Bangkok, but none in its adjacent provinces.

Other central plains provinces further from the capital had 10 deaths - two in Uthai Thani and one each in Sing Buri, Chon Buri, Rayong, Trat, Prachin Buri, Suphan Buri, Ratchaburi and Prachuap Khiri Khan.

The North reported eight deaths - three in Chiang Mai and one each in Lampang, Kamphaeng Phet, Uttaradit, Phayao and Phetchabun.

Among the 4,144 new cases over the previous 24 hours, there were 4,136 cases in the general population, seven among prison inmates and one imported case from South Korea.

Of the new infections in the general population, 4,130 were confirmed at hospitals and six via mass testing. 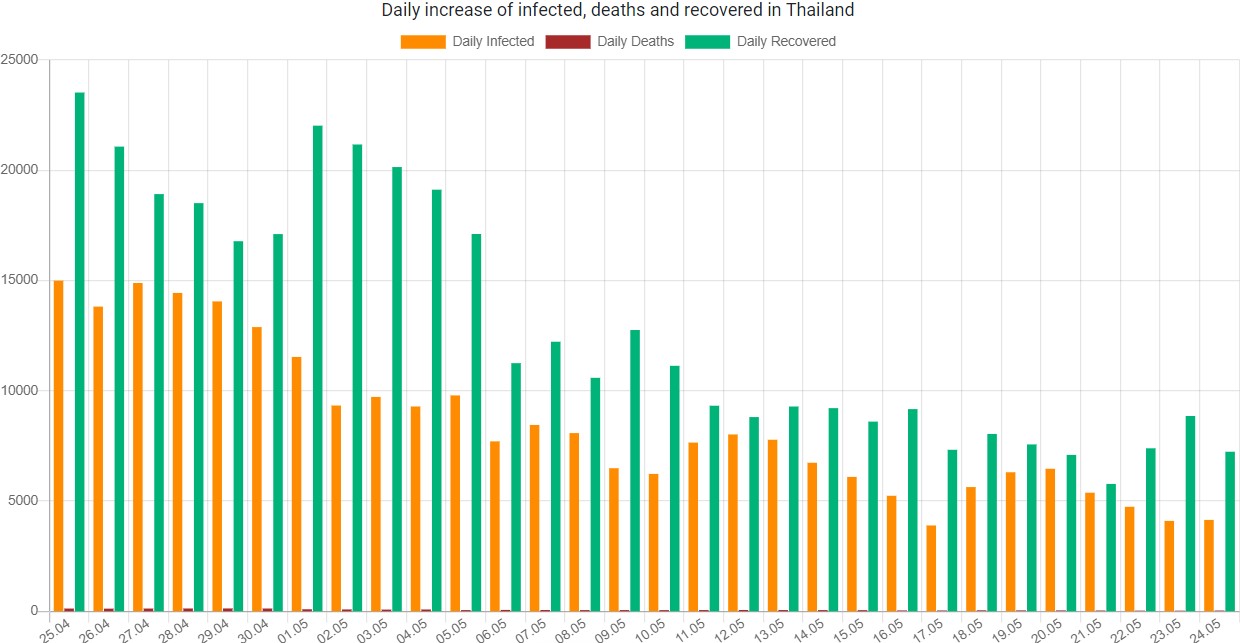 Of those in hospital, 1,034 were seriously ill patients with lung inflammation (down from 1,042) and 521 dependent on ventilators (unchanged).

Of the seriously ill patients, Bangkok had the most cases at 102, followed by 66 in Ubon Ratchathani, 53 in Suphan Buri, 50 in Nakhon Ratchasima and 40 in Udon Thani.

The accumulated death toll stood at 29,811 since the beginning of the pandemic, including 8,113 so far this year. 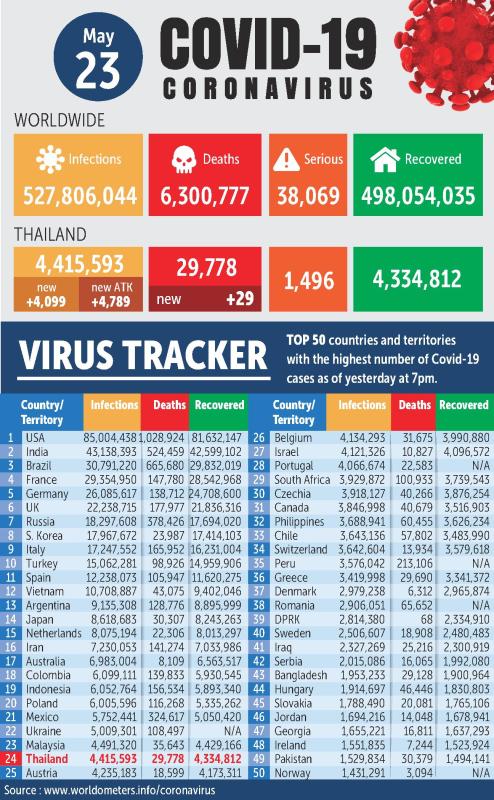