Health professionals vaccinate people against Covid-19 on a walk-in basis at the Central Vaccination Centre at the Bang Sue Grand Station in Bangkok on Sunday. (Photo: Apichit Jinakul)

Thailand detected 2,224 new Covid-19 cases during the previous 24 hours, the fewest since May 11, 2021 aside from the 2,162 announced Monday, the Public Health Ministry said on Tuesday morning.

Daily coronavirus-related fataities dropped from 27 to 20, the fewest for four months.

The cases collected on Monday did not include 2,654 positive results from antigen tests over the past 24 hours. This would raise the total to 4,878.

Of those in hospital, 725 were seriously ill patients with lung inflammation (down from 761) and 359 dependent on ventilators (down from 375).

All 2,224 new cases over the previous 24 hours were among the general population and were confirmed at hospitals. There were no new cases among prison inmates and arrivals. 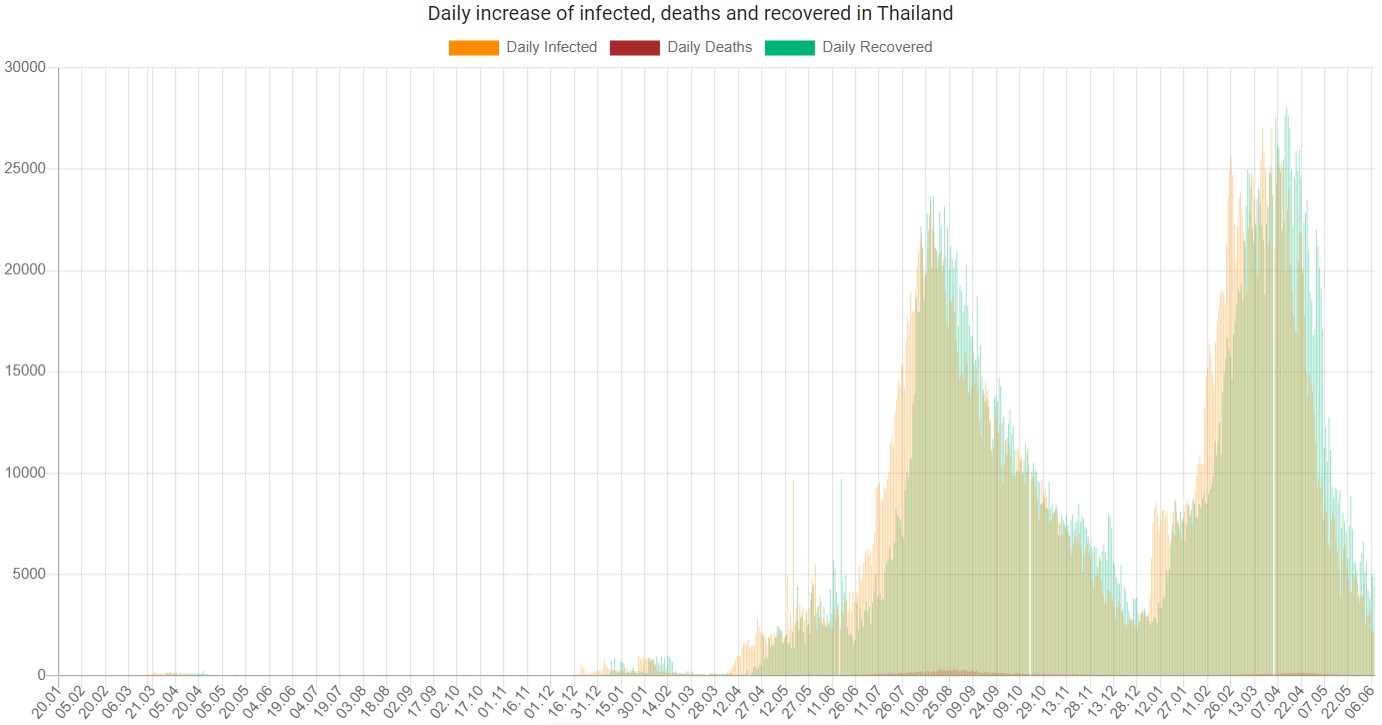 According to the the Centre for Covid-19 Situation Administration (CCSA), the 20 people who died were aged from 42 to 103 years.

Bangkok logged one new death and there was a new fatality in the adjacent province of Nonthaburi.

Further from the capital there was one new death in Saraburi.

The North reported three deaths - in Nan, Sukhothai and Lamphun.

The Northeast saw 12 new fatalities - three in each of Nakhon Ratchasima, Ubon Ratchathani and Yasothon and one each in Si Sa Ket, Loei and Nong Bua Lam Phu.

The South had two new deaths in Nakhon Si Thammarat and Yala.

The accumulated death toll stood at 30,218 since the beginning of the pandemic, including 8,520 so far this year. 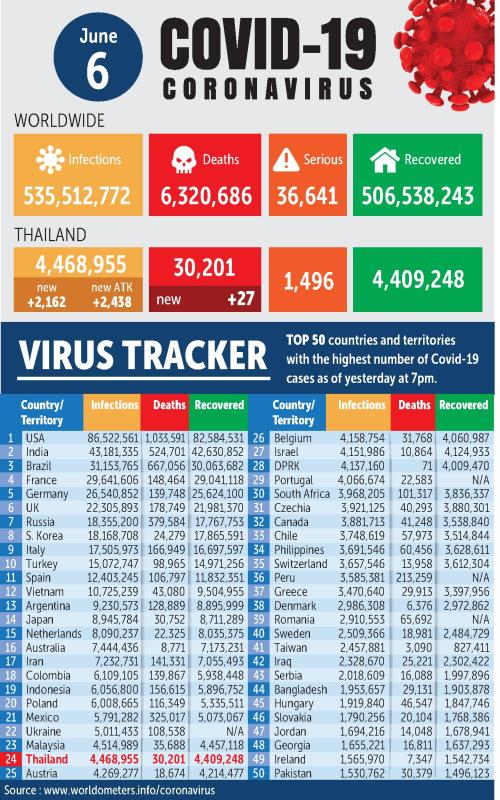