A nurse prepares syringes ahead of the mass inoculation of people against Covid-19 in Bangkok. (Photo: Arnun Chonmahatrakool)

This compared with the 21 coronavirus-related fatalities and 2,688 new cases reported on Wednesday morning. It marked the third straight day of a small rise in daily cases, but the level remained far below the all-time high of 23,418 on Aug 13, 2021.

Wednesday’s figures did not include 3,934 positive results from antigen tests over the past 24 hours. This would raise the total to 7,119.

For the third successive day, there were no imported cases. All the new infections were transmitted inside Thailand's borders.

Of those in hospital, 678 were seriously ill patients with lung inflammation (down from 708) and 331 dependent on ventilators (down from 340).

Among 3,185 new cases over the past 24 hours, there were 3,183 cases in the general population and two among prison inmates. There were no new cases among arrivals. 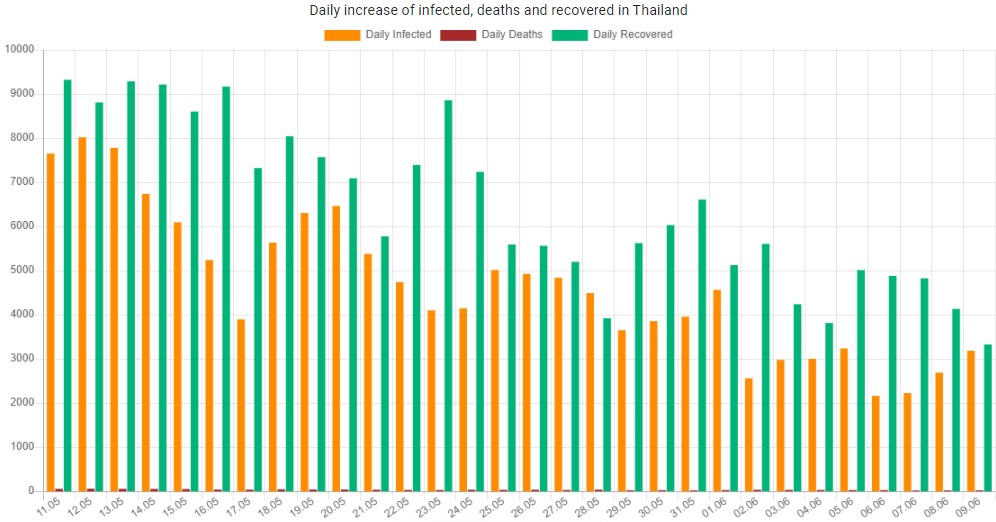 According to the Centre for Covid-19 Situation Administration (CCSA), the 23 people who died were aged from 17 to 107 years.

Bangkok logged one new death and there was a new fatality in the adjacent province of Samut Prakan.

Other central plains provinces further from the capital had seven new deaths - two each in Suphan Buri and Ratchaburi and one each in Ang Thong, Saraburi and Prachin Buri.

The North reported six deaths in - two in Chiang Rai and one each in Phrae, Phichit, Phitsanulok and Phayao.

The Northeast saw seven new fatalities - two each in Ubon Ratchathani, Nakhon Ratchasima and Udon Thani and one in Kalasin.

The accumulated death toll stood at 30,262 since the beginning of the pandemic, including 8,564 so far this year. 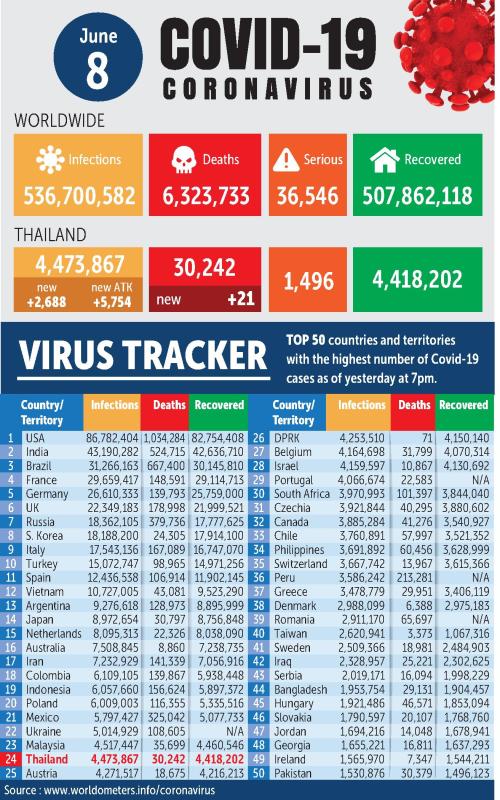