Death toll in Sattahip fire confirmed at 14, with 38 others injured

The charred interior of the Mountain B pub in Sattahip district of Chon Buri on Friday. The illegally operating pub burned down early Friday morning, taking the lives of 14 people and injuring 38 others. (Photo: Sawang Boriboon Foundation)

The pub that burned down early Friday morning, killing 14 people and injuring 38 others, was illegally built and operated.

Interior Minister Anupong Paojinda said the Mountain B pub, in Sattahip district of Chon Buri, did not have a pub licence and was built in an area where entertainment venues were prohibited.

“Officials are checking details of the building, including its design, construction materials used, control systems and fire exits. I told them to find the cause of the fire and the people responsible for it,” Gen Anupong said in Bangkok.

Pol Maj Gen Atthasit Kitjahan, commander of the Chon Buri police, said the premises were licensed to operate as an eatery, and had been illegally altered and used as an enclosed entertainment place.

The Sattahip district chief has been transferred pending further investigations into how the pub came to be altered.

He said the building was almost completely destroyed — its interior structure and decor, soundproofing, stage and ceiling tiles. Police attempted to inspect in late on Friday morning, but had to withdraw when the fire briefly flared up again.

Investigators had questioned the staff and owner of the pub, eyewitnesses and the electrician who was earlier hired to repair the building’s power system, he said.

The fire at the site on Sukhumvit Road in tambon Phlu Ta Luang of Chon Buri’s Sattahip district erupted about 1am on Friday, when more than 100 customers were still inside.

Witnesses said the blaze was first noticed on the roof, and spread quickly through the soundproofing foam.

Fourteen people were confirmed killed in the blaze and 38 others injured, according to the provincial disaster prevention and mitigation office in Chon Buri, down from early reports of 40-41 injured.

Among those killed was singer Chatchai Chuenkha, 30. His mother Premjai sae Ung said he normally sang at open-air venues.

She quoted his friend as saying that her son was singing when there was an explosion behind the stage. He could not escape the flames.

“My son was a breadwinner. Someone must be held responsible for this,” she said.

Of the 38 people confirmed as injured, 20 were seriously hurt as they were dependent on ventilators and had severe burns, Chon Buri public health chief Apirat Katanyutanon said on Friday afternoon.

Twelve seriously injured people were transferred to hospitals in Bangkok such as Ramathibodi, Siriraj, King Chulalongkorn Memorial and Lerdsin hospitals, said Dr Apirat, who inspected the site on Friday. 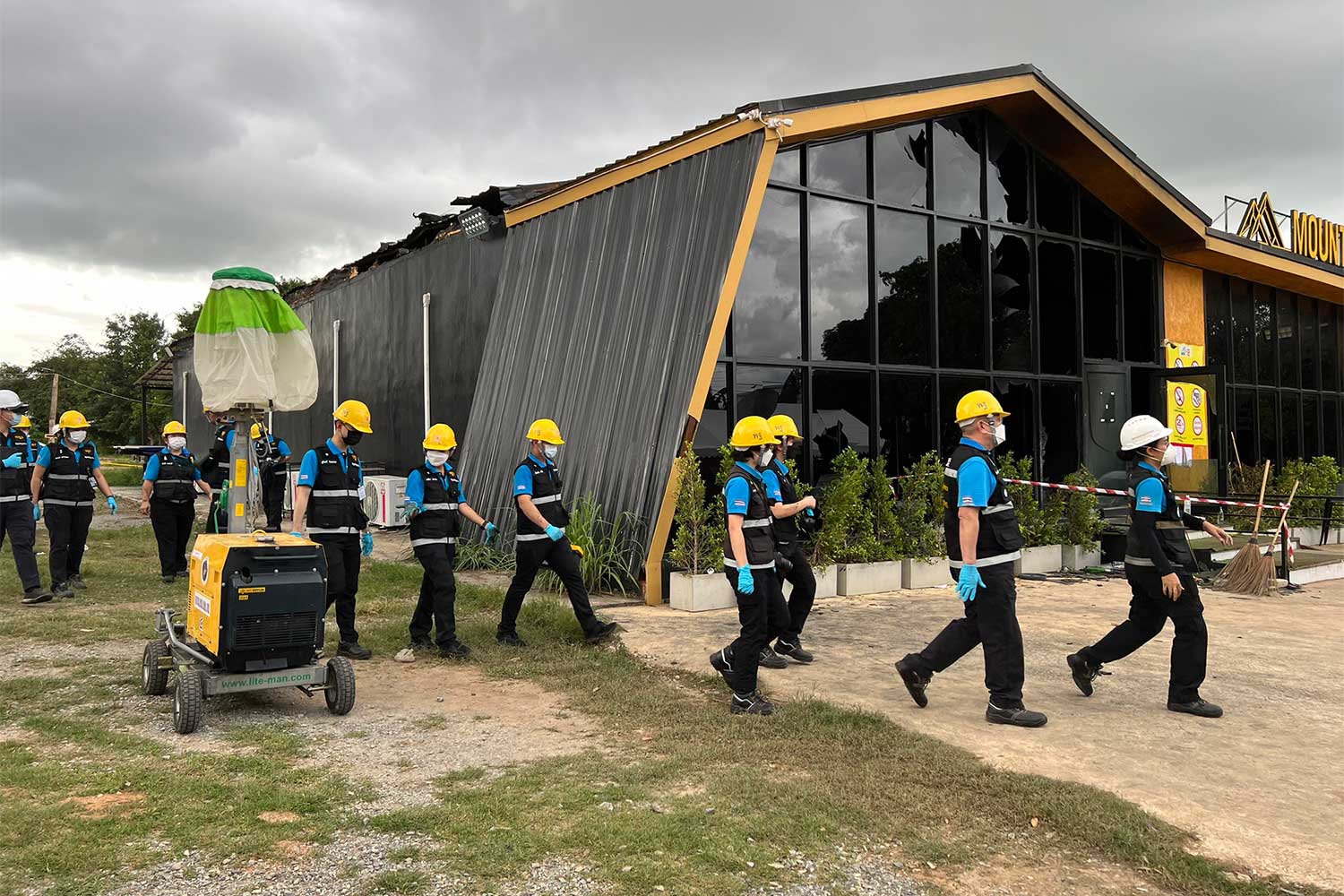 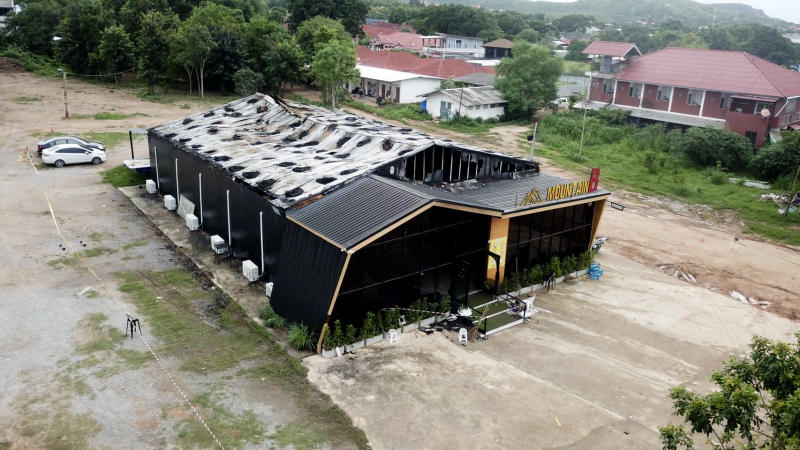 Flames ripped through the extension of the Mountain B pub in Sattahip, killing 14 people and injuring 38 others. (Photo: Sawang Boriboon Foundation)