Police and rescue workers outside the fire-gutted Mountain B pub on Sukhumvit Road in Sattahip district of Chon Buri. Fourteen people died in the blaze and 38 others were injured. (Photo: Chaiyot Pupattanapong)

CHON BURI: The Sattahip district chief has been quickly transferred in the wake of the Mountain B pub fire that killed 14 people and injured 38 others early Friday morning.

He gave no further details, but the announcement followed statements by the interior minister and provincial police chief that the pub was unlicensed and operating illegally in an area not zoned for entertainment.

The deputy governor led officials to inspect the scene of the blaze on Sukhumvit Road in tambon Phu Ta Luang of Sattahip.

Mr Naris ordered officials at the fire-gutted pub to stay vigilant for possible dangers that may arise, but did not explain. The inferno caused a huge loss, he said.

Fourteen people were killed and 38 others injured by the fire that started about 1am, according to the provincial disaster prevention and mitigation office in Chon Buri.

Video from the scene showed people fleeing for safety, screaming as flames and smoke billowed from the building. Some were seen running with their bodies engulfed in flames.

Prime Minister Prayut Chan-o-cha said on Friday he had ordered officials to check the safety standards of pubs nationwide and prevent such a tragedy happening again.

“Today I ordered all organisations concerned to find those responsible and help the affected people as soon as possible,” he said.

“We must be more careful on such issues, especially business operators and officials, because the pictures will be forwarded internationally and greatly damage confidence.” 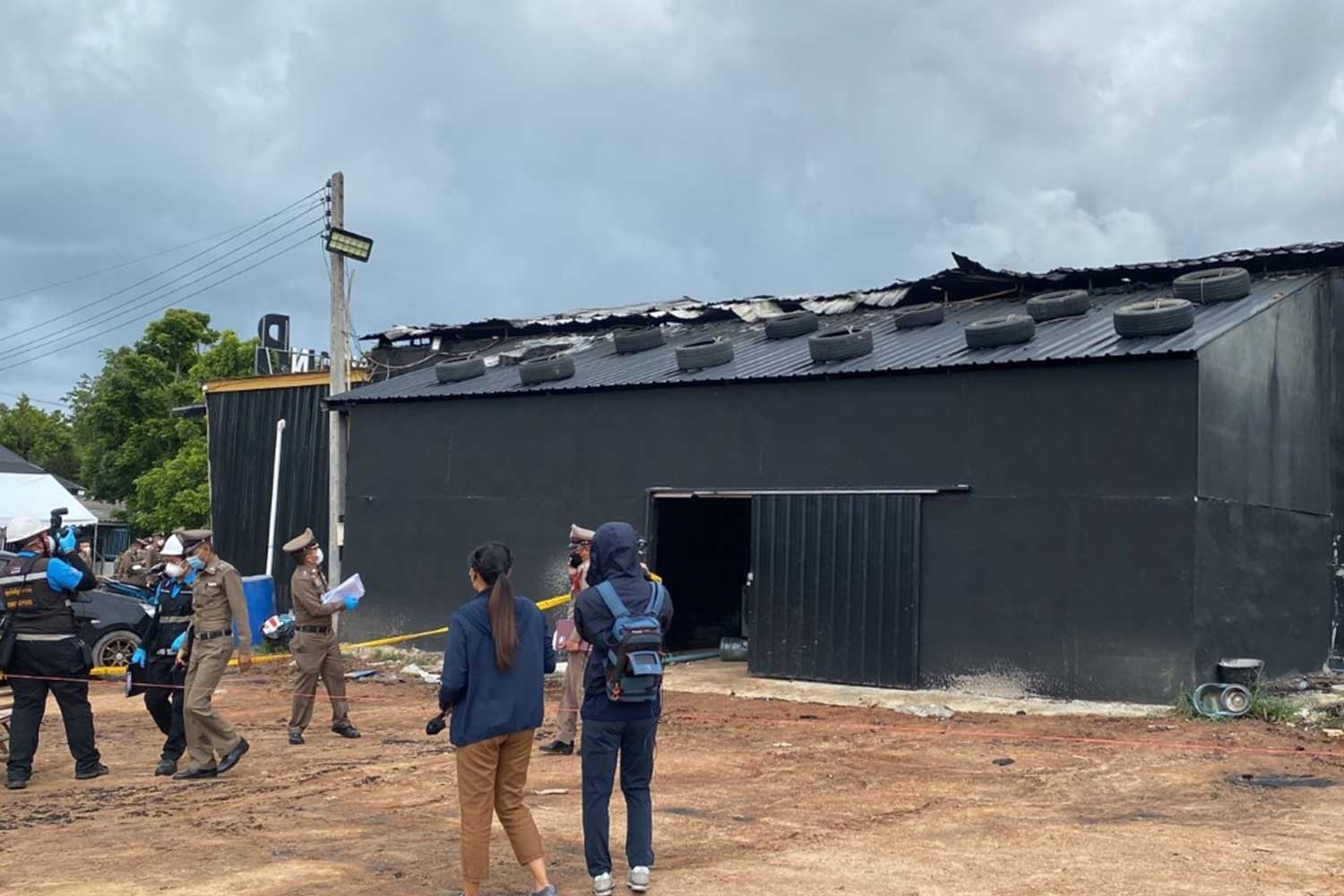 Police and forensic officers inspect the undamaged back of the pub. The inside is a fire-charred ruin. (Photo supplied)