Mountain B owners, executives have yet to show responsibility, says victim's sister

Relatives of dead victims in the Mountain B pub inferno arrive at the nightspot in Sattahip district, Chon Buri, on Saturday to hold religious rites for their loved ones. (Photo: Chaiyot Pupattanapong)

CHON BURI: The death toll from a blaze that tore through a nightclub in Sattahip district rose to 15 on Saturday, as one more injured victim was pronounced dead. The number of injured people stood at 37.

Thanakit Meenoi, 36, succumbed to his injuries at Rayong Hospital, said a source.

His sister, Nittaya Meenoi, 30, said her brother had gone to the Mountain B pub with more than 10 friends to celebrate his birthday. He had reserved a table in front of the stage where a live band was playing, she said

Thanakit and his friends ran out from the pub when the fire broke out, but two of his friends, Surakarn Ruengrit, 35, and Suthep Mongkolkaew, 33, died while the others suffered serious injuries, she said.

The pub owner and the executives have yet to contact her family to show responsibility over the death of her brother and his friends, said Ms Nittaya.

The inferno started about 1am as customers packed the pub, according to the Sawang Rojana Thammasathan Foundation.

The pub opened about a month ago and was popular with young local people. The fire erupted when customers were enjoying live music, leading to a stampede for safety.

Officials from the Chon Buri provincial disaster prevention and mitigation office and Sattahip district officials on Saturday morning inspected the fire-gutted pub to gather further evidence for submission to police investigators to issue arrest warrants for those involved in the inferno, which killed 15 people and injured 37 others.

Relatives and friends of victims on Saturday went to the pub with Buddhist monks performing religious rites for the dead. 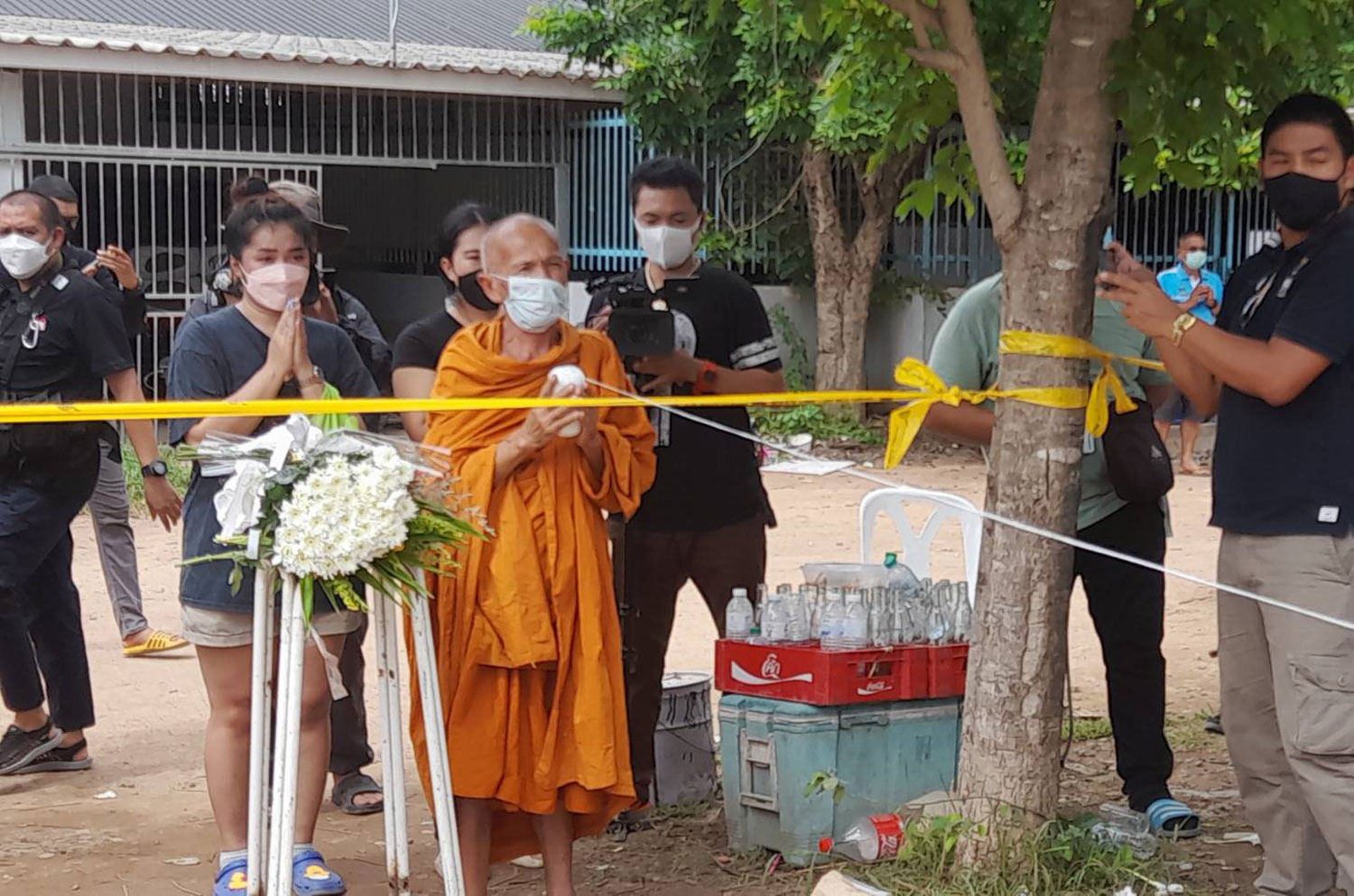 A Buddhist monk performs a religious ceremony for the victims in the pub inferno. (Photo: Chaiyot Pupattanapong) 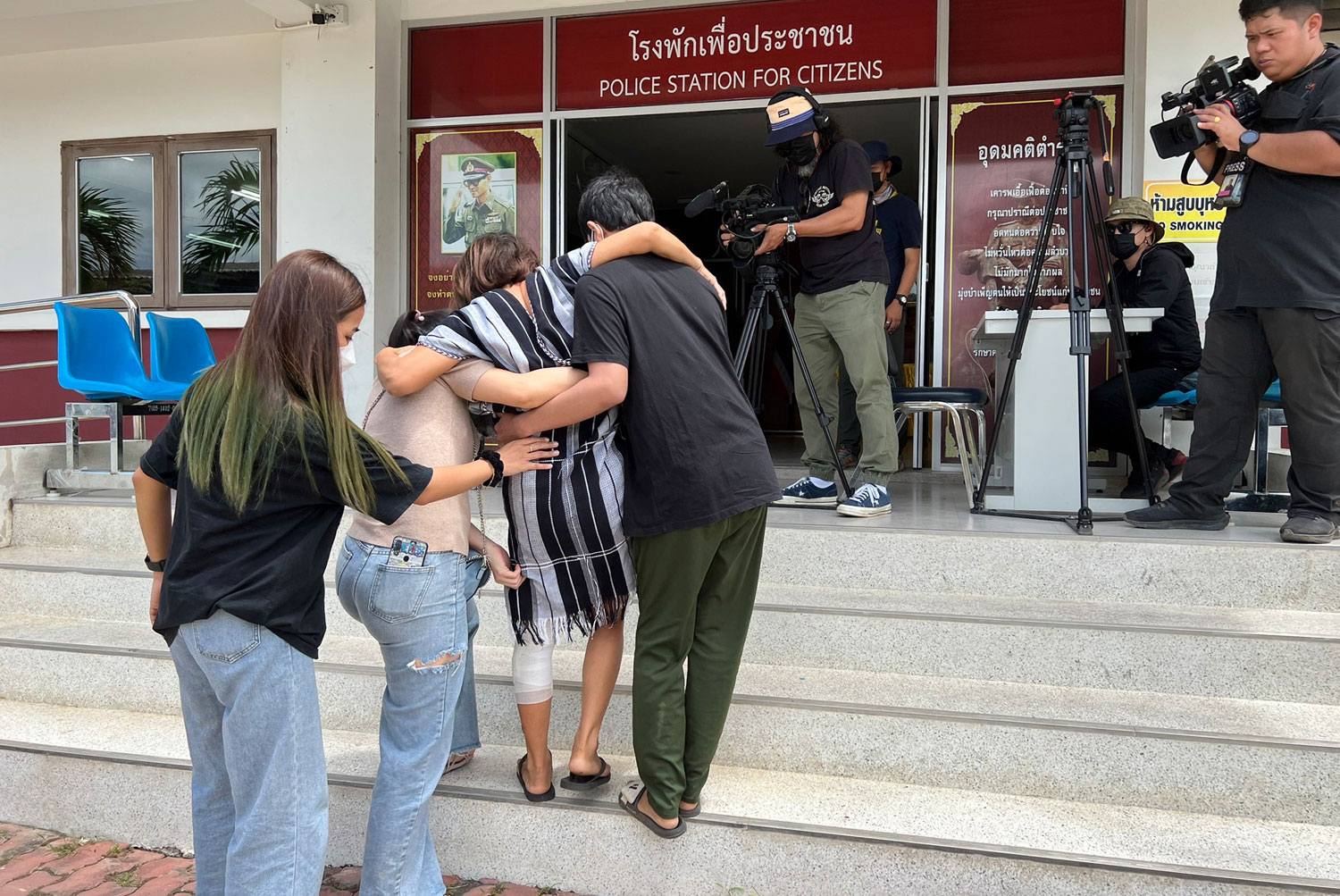 An injured woman, assisted by her family members, arrives at Phlu Ta Luang police station to give a statement. (Photo: Chaiyot Pupattanapong)