There were 33 more Covid-19 fatalities and 2,455 new patients admitted to hospitals on Thursday, the Ministry of Public Health reported on Friday.

This compared with 35 coronavirus-related fatalities and 2,316 patients on Wednesday, as reported on Thursday.

Of those in hospitals, 920 were seriously ill patients with lung inflammation (up from 919) and 477 dependent on ventilators (up from 463). 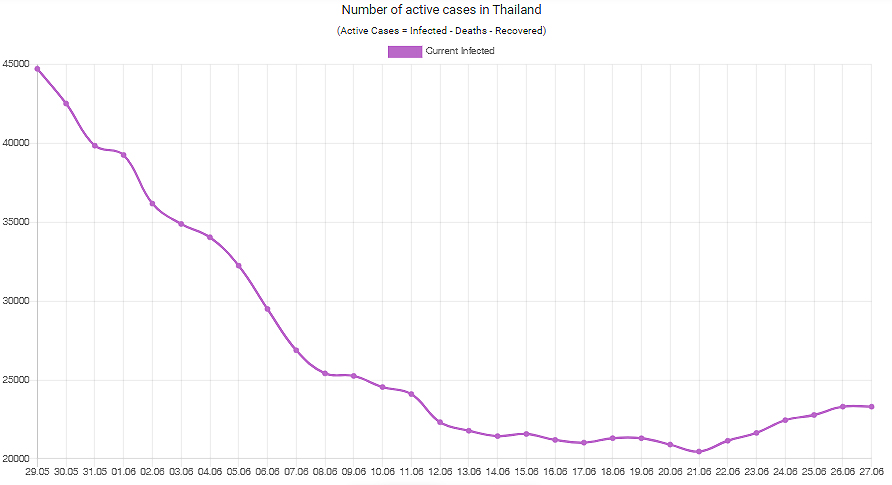 Bangkok logged three new deaths, and there were four new fatalities in the adjacent provinces – two in Pathum Thani and one each in Nonthaburi and Samut Prakan.

Other provinces in the Central Plains further from the capital had 19 new deaths - seven in Ayutthaya, three each in Chon Buri and Saraburi, two each in Sing Buri and Chachoengsao and one each in Rayong and Sa Kaeo.

The North reported no new deaths.

The Northeast saw six new fatalities - four in Nakhon Ratchasima and one each in Nong Bua Lam Phu and Ubon Ratchathani.

The accumulated death toll stood at 31,763 since the beginning of the pandemic, including 10,065 so far this year.