A man points to a crack in the main road to Phu Thap Boek mountain in Lom Kao district of Phetchabun on Wednesday. The Phetchabun governor has warned tourists heading for the mountain of possible landslides because there are signs that the mountain has been saturated with rainwater. (Photo: Sunthorn Kongvarakhom)

PHETCHABUN: The governor of this northern province has warned tourists heading for the Phu Thap Boek mountain in Lom Kao district of possible landslides.

The warning followed mudslides on a minor road to the mountain and a crack in the main road to the tourist attraction.

Phetchabun governor Krit Khongmuang said on Wednesday he ordered officials to set up checkpoints in Lom Sak district to warn tourists of possible danger and inconvenience if they headed for Phu Thap Boek. However, local authorities had not blocked tourists' access to the mountain.

Lom Sak is located at the foot of Phu Thap Boek.

If it rains heavily and persistently due to the influence of Storm Noru, officials may have to block tourists' access to the mountain, the governor said.

He also ordered local administrators in tambon Ban Noen and tambon Wang Ban to prepare shelters for people who could be affected by heavy rains on the mountain.

"Mudslides have already happened on many sections of Muang Baeng-Phu Thap Boek Road. They show that the mountain has been saturated with water," Mr Krit said.

"Officials in all districts were ordered to be prepared for possible landslides," he said. 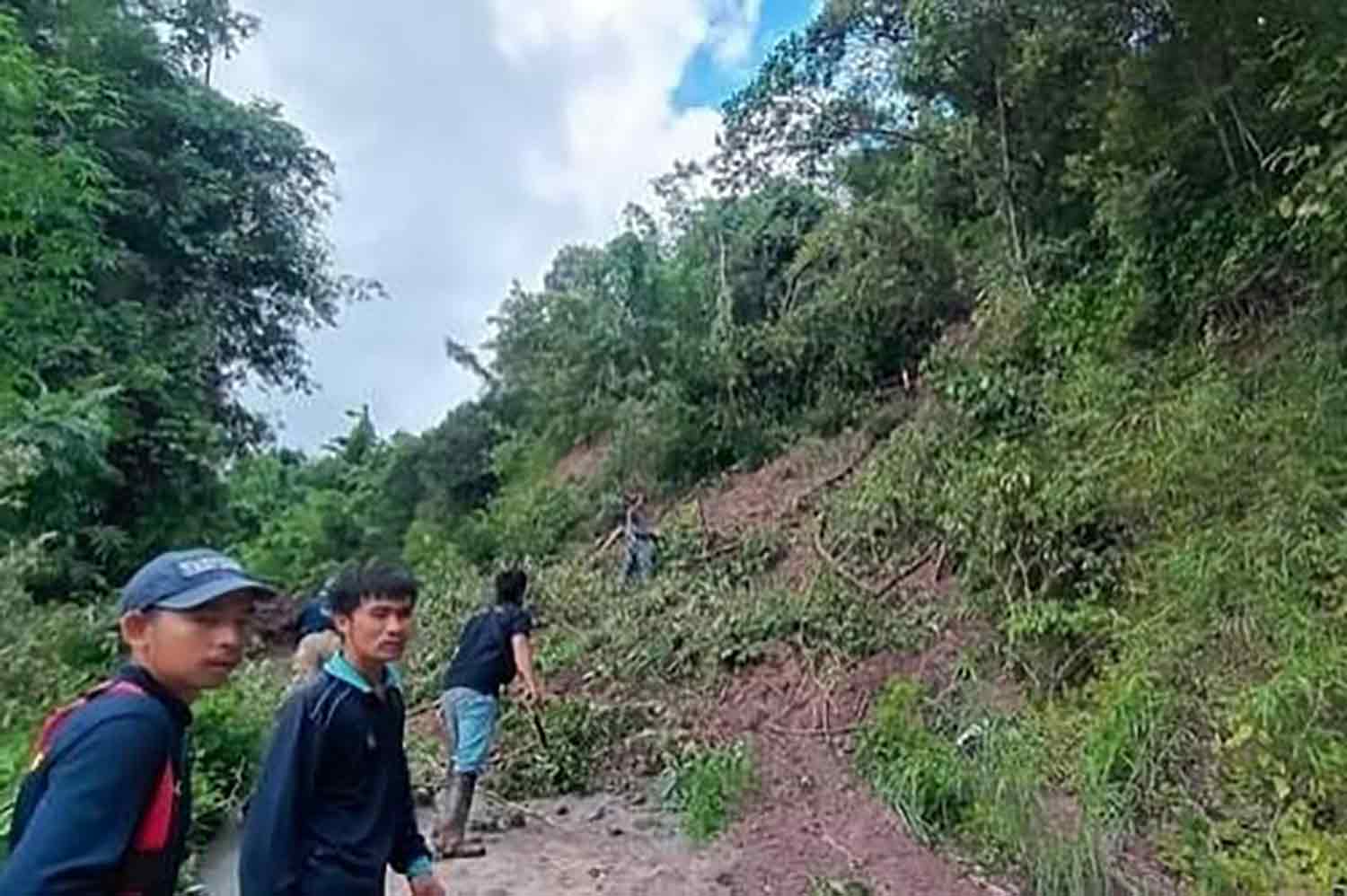 A mudslide hit a section of a steep minor road to Phu Thap Boek on Monday. The Phetchabun governor said it signalled that rainwater had already saturated the soil on Phu Thap Boek, and warned of landslides in the area. (Photo: Sunthorn Kongvarakhom)

Muang Baeng-Phu Thap Boek Road is one of two roads leading to Phu Thap Boek. It is steep and mostly used by local people to transport their produce. Mudslides hit numerous sections of this road on Monday.

Tourists normally use the other route, Highway 2331, which is a more convenient way to reach the mountaintop. They would use the local road to descend from Phu Thap Boek only to avoid occasional congestion on the highway, which also leads to the Phu Hin Rong Kla National Park.

A 200-metre-long crack appeared in a curved section of the highway in tambon Ban Noen of Lom Kao district on Tuesday night.

Rescue worker Chainarong Phermthanyakan said that a motorcyclist sought help at about 9pm on Tuesday after he drove into the crack and fell. The tarmac had subsided about 10 centimetres at the fissure in the highway.

Mr Chainarong said that in 2018 the highway was seriously damaged by persistent rains.